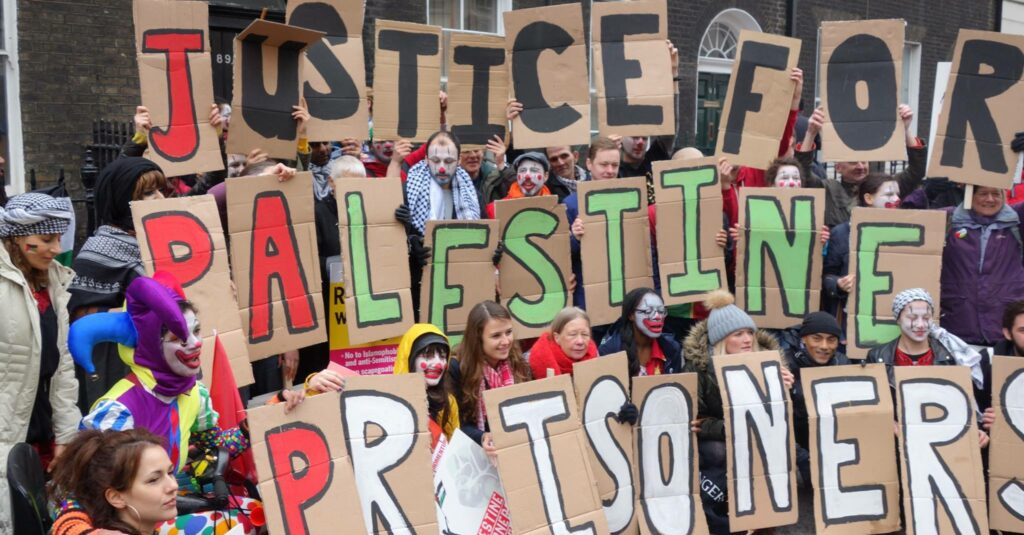 Coming together around the case of imprisoned 24-year-old circus teacher and performer Mohammed Abu Sakha, held in administrative detention without charge or trial, the participants called for justice and freedom for all 7,000 Palestinian prisoners in Israeli jails. Participants wore clown makeup and circus gear both to highlight Abu Sakha’s case and to draw attention to their creative protest and calls for freedom.

Participants danced dabkeh and capoeira and engaged in performance, street theater and creative protest representing the struggle for freedom for Palestinian prisoners.

On Sunday, 17 April, London was once again the site of a Palestinian Prisoners’ Day event as Inminds activists distributed information, protested and raised awareness about the situation of Palestinian prisoners – and especially the over 400 imprisoned Palestinian children – at the Southbank. 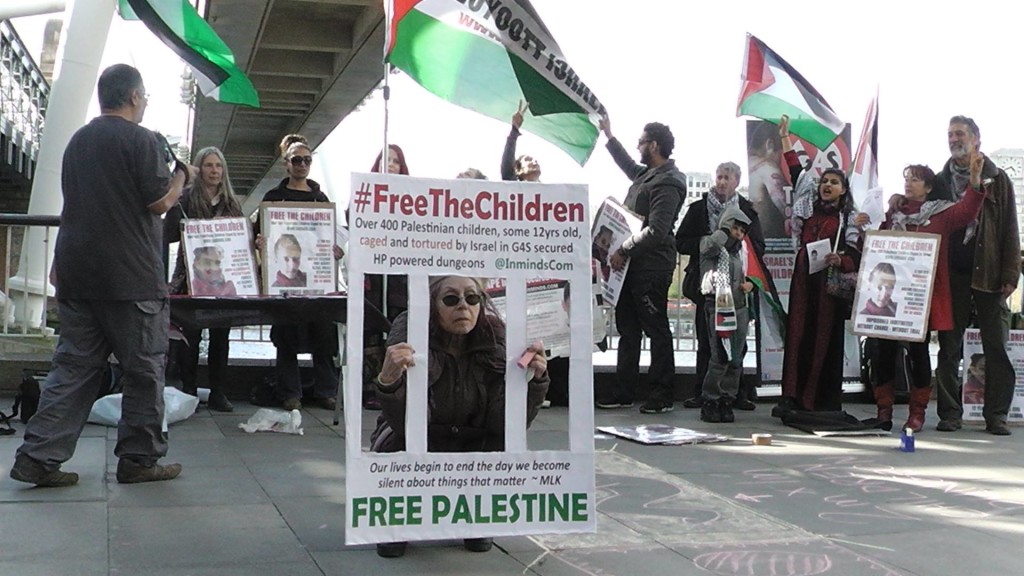 Participants distributed leaflets and calls to action while Palestinian flags flew high. Speakers highlighted the stories of Palestinian child prisoners while also demanding a boycott of G4S, the British-Danish security corporation that provides security systems, equipment and control rooms to Israeli prisons, checkpoints and detention centers. It is subject to a global boycott call not only for its involvement in the imprisonment of Palestinians, but for its role in imprisoning youth in the US and UK. G4S has pledged to exit these businesses within the next one to two years, but activists have emphasized the importance of continued protest until G4S is no longer involved in the oppression of Palestinians.