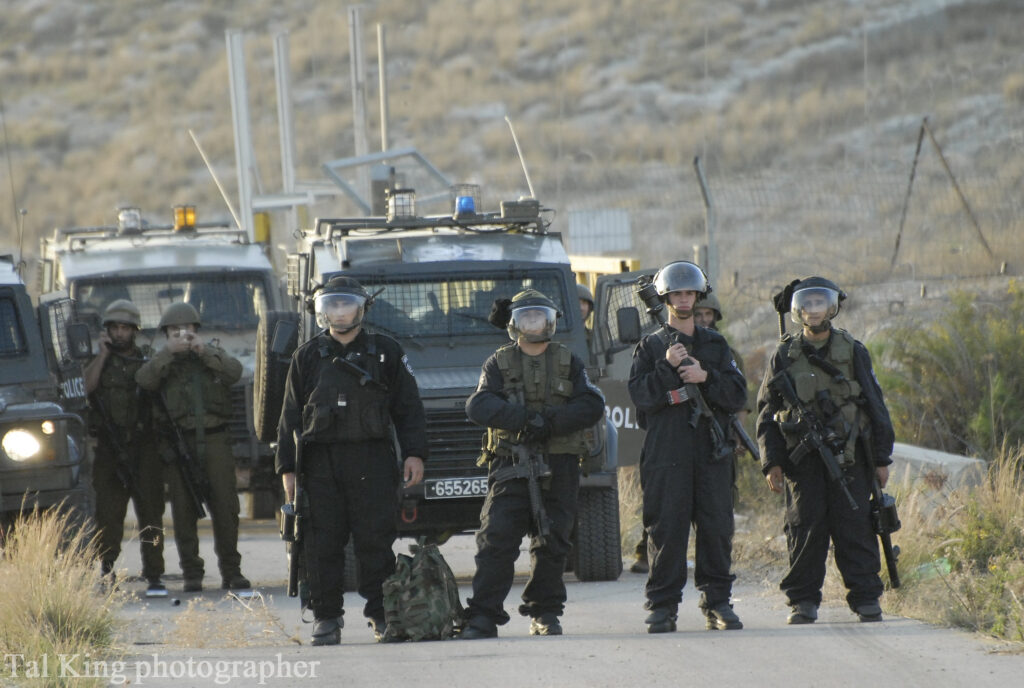 647 Palestinians were arrested in the West Bank and Gaza in March 2016, including 128 children and 16 women and girls. This raises the number of arrests since the beginning of the popular uprising in October 2015 to more than 4,767 Palestinians arrested.

Over seven Palestinian journalists have been arrested since the beginning of 2016; the offices of satellite channel Palestine Today and Trans Media company were closed by occupation soldiers at dawn in Ramallah on Friday, 11 March. Their equipment was confiscated and bureau chief Farouk Elayyat and journalist Mohammed Amer and camera operator Shabib Shabib were arrested; Amer and Shabib were released after interrogation. On 13 March, journalist Ibrahim Jaradat, also with Palestine Today, was arrested at a mobile military checkpoint. After 20 days of imprisonment, Elayyat and Jaradat were released on 31 March on bail of 2,000 NIS each. Journalist Musab Kufaisheh, 24, was arrested in March as was Mohammed Zaghloul, radio presenter.

Under pressure from the Occupying Power, the French satellite, Eutelsat, removed Palestinian channel Al-Aqsa TV from its broadcast on charges of “incitement.” Palestinian journalists inside Palestine received threats stating that they are under surveillance and threats to “Israeli security.”

Administrative and military actions by the occupation forces against Palestinian journalists and human rights defenders violate international humanitarian law and serve only the purpose of attempting to intimidate Palestinian civilians and pushing them to give up their rinalienable rights. The arrest of journalist violates the Universal Declaration of Human Rights and the International Declaration on Human Rights Defenders. The organizations call on the international community to work and take action to stop these violations.

There are currently 16 Palestinian journalists imprisoned; the longest imprisoned journalist is Mahmoud Issa, serving a life sentence, who was a reporter before his arrest in 1993.

During March a number of prisons engaged in open hunger strikes for various periods against administrative detention without charge or trial, and against solitary confinement, including Yazan Hanani of Beit Furik, Nablus; Daoud Habboub of Ramallah; Mahmoud Al-Fasfous; Alaa Rayyan; and Karam Amer.

Abdullah al-Mughrabi, Nahar al-Saadi, Issam Zeineddine are on hunger strike against solitary confinement, as was Zaid Bseisi. Mohammed Daoud of Dheisheh refugee camp near Bethlehem has launched a hunger strike against his re-imprisonment after his release in the Wafa al-Ahrar prisoner exchange.

The Israeli government has, in recent months, formed a so called “cyber unit” in order to surveil, investigate and prosecute Palestinian social media use, in particular focusing on Facebook. Since October 2015 through mid-March, 148 Palestinians have been arrested due to Facebook posts, with many charged with “incitement;” others have been ordered to administrative detention without charge.

These arrests have focused especially on Jerusalem, and in many cases come in response to written statements of solidarity or support for Palestinian martyrs or prisoners, including publishing their photos. This attempt to suppress Palestinian expression on social media has not only been carried out through arrests and imprisonment, but also official attempts to force Palestinian youth, especially in Jerusalem and Occupied Palestine ’48, to be fired from their jobs over Facebook posts, or forcible transfer them from their homes, especially in Jerusalem.

Donya Musleh, 19, a student at Palestine National University, was arrested on 15 November 2015. Her home in Dheisheh camp was invaded by occupation soldiers and ransacked. She is a student activist, but the military court indictment against her was composed of three items, all of which related to Facebook postings, including comments on photos of wounded and killed Palestinians.

She was also accused of membership in a prohibited organization for posting photos of Palestinian martyrs who were part of the same political party, and on the basis of these postings accused of membership in the organization. The indictment also noted that she received numerous “Likes” on Facebook. The military court held that she “encouraged Palestinians to carry out operations against the security of Israel” by these facebook postings which “disturb public order.”

192 administrative detention orders were issued in March by the Israeli military, including 95 new orders, including orders against two women, six children, two members of the Palestinian Legislative Council and a journalist.

Among the most prominent cases of administrative detention in March were those of Mohammed Amarneh, 17 of Jenin, and Hamza Hammad, 15 of Silwad near Ramallah, ordered imprisoned without charge or trial.

Amarneh was interrogated and denied all accusations, yet administrative detention was used to arbitrarily imprison him. On 16 March 2016 an administrative detention order against him for three months was imposed by the occupation military court, alleging that he is a danger to the security of the area. When inquired as to the specifics by Amarneh’s lawyer, references were made to his Facebook account despite the admission of the prosecution that there was no evidence of any particular Facebook post.

Hammad, 15, was ordered to administrative detention for six months. He was earlier arrested in August 2015 and interrogated for 23 days, during which he was interrogated for lengthy periods and beaten, and was released without indictment. When he was arrested, the soldier arresting him told his mother that he “should be in prison” because his father, Mo’ayyad Hammad is serving a life sentence in Israeli jails, accused of participating in the Palestinian resistance and killing soldiers.

Arrests of Palestinians from Gaza

In March 2016, five Palestinians from the Gaza Strip, including three ill patients seeking treatment, were arrested. One of these was Fadi Al-Sharif, 28, a Palestinian football player with the Al-Hilal Football Club in Gaza City, arrested at Beit Hanoun crossing; he had been issued a permit for treatment at Al-Makassed hospital in East Jerusalem. He was then arrested when attempting to return to Gaza. These arrests came as part of the continuing land and sea blockade on Gaza imposed by the occupation, and its absolute authority over borders and the waters of Gaza, depriving the population of basic human rights. The Beit Hanoun/Erez crossing is used as a trap to arrest Palestinians, especially those who are ill. Palestinians’ need to travel through the crossing is exploited, including being issued a permit to pass and then being detained when arriving at the crossing. In addition, ill people in Gaza are vulnerable to deteriorating health conditions caused by procrastination and delays by occupation forces in requests for permits.