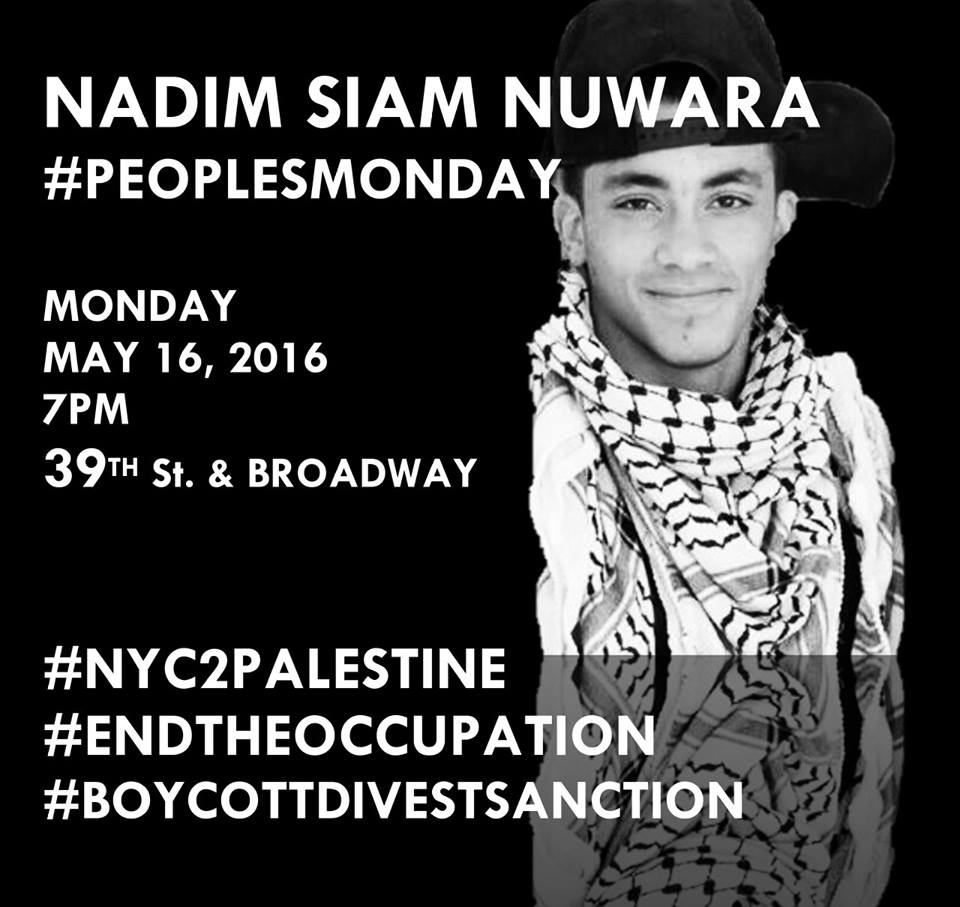 On 15 May 2014, an Israeli Border Police officer took aim at Nadim Nuwara and pulled the trigger of his M16 rifle.

The live bullet struck Nuwara, 17, in the chest and exited through his back, killing him at the scene. CCTV cameras captured the shooting, allowing for detailed forensic video, sound and spatial analysis to be used to identify Nuwara’s killer. Despite seemingly clear evidence, systemic impunity for Israeli military violence continues to be an obstacle to justice for Palestinian families living under prolonged military occupation like the Nuwaras.

Organized by NYC Shut it Down, part of the Black Lives Matter Movement