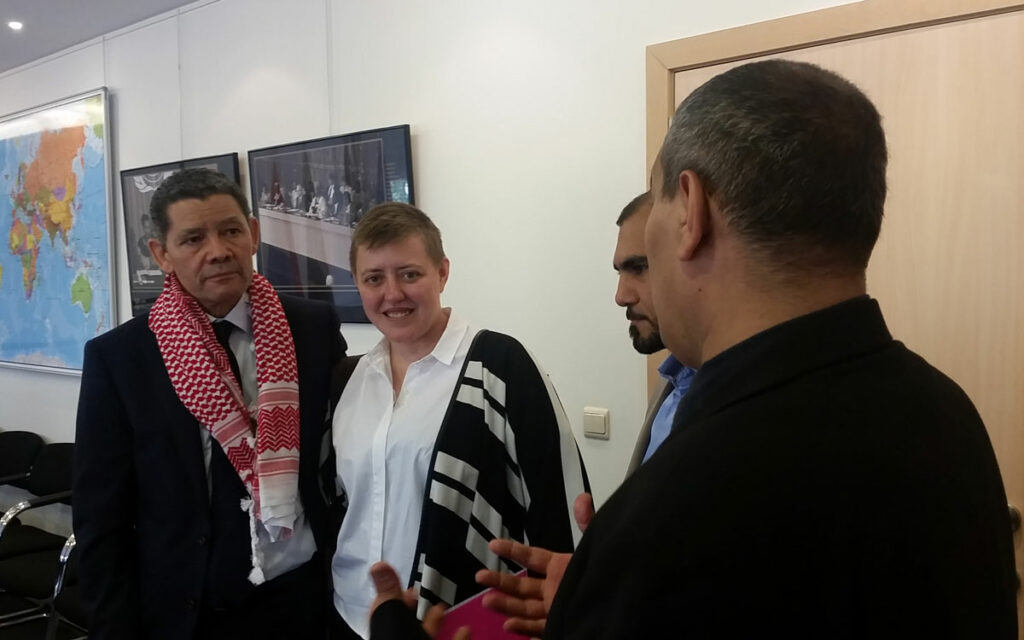 Barakat spoke about the current political situation in Palestine; the extreme right-wing racist Israeli government of Benjamin Netanyahu, including the addition of Avigdor Lieberman as Defense Minister; and the Palestinian people’s long struggle for liberation. He discussed the situation of Palestinians generally, including the siege on Gaza, the escalating attacks on Palestinians in the West Bank and Jerusalem, and the racist laws and repression directed against Palestinian citizens of Israel. Barakat also noted that the majority of Palestinians are refugees, yet the voices of Palestinians outside are often unheard and suppressed. He discussed the severe difficulties and crises facing Palestinian refugees in Syria and Lebanon, and the struggle for the right of return. Barakat also emphasized the call for boycott of Israel and the importance of states implementing the boycott call in practice in response to this growing grassroots movement. 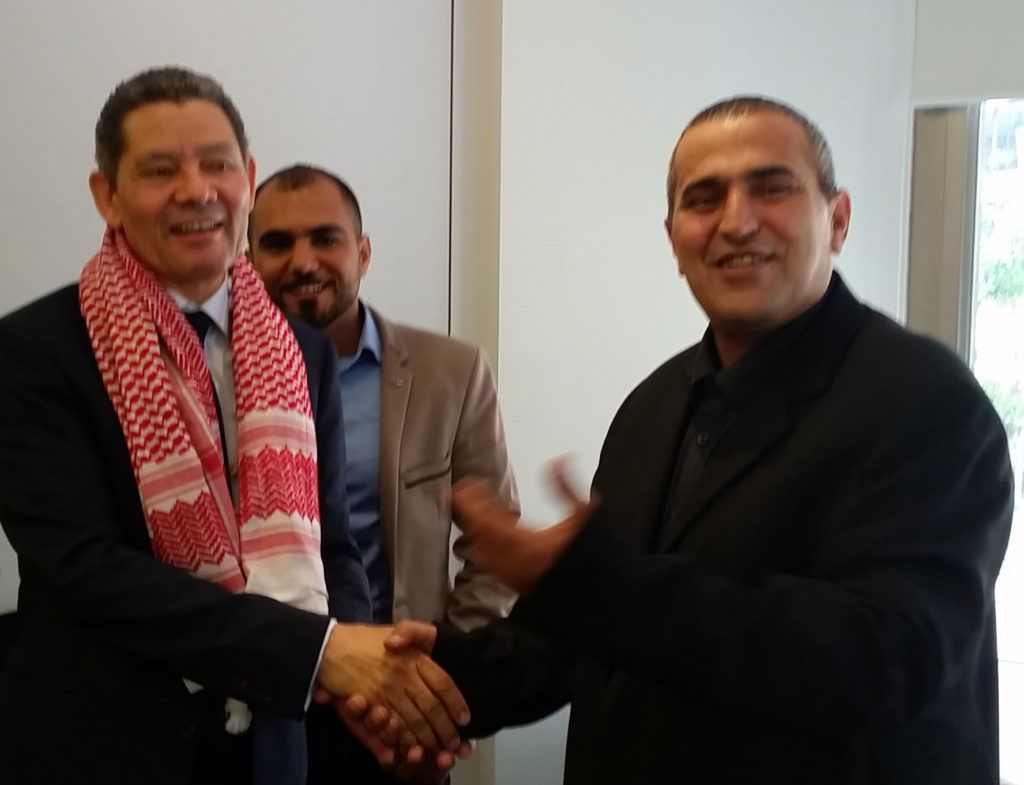 Beck said that South Africa was indeed ending and had ended contracts with G4S at airports, and looking to address the issue in prison contracts with the corporation, the world’s second largest private employer. South Africa’s largest trade union federation, the Congress of South African Trade Unions (COSATU) has called for an end to the G4S contracts. 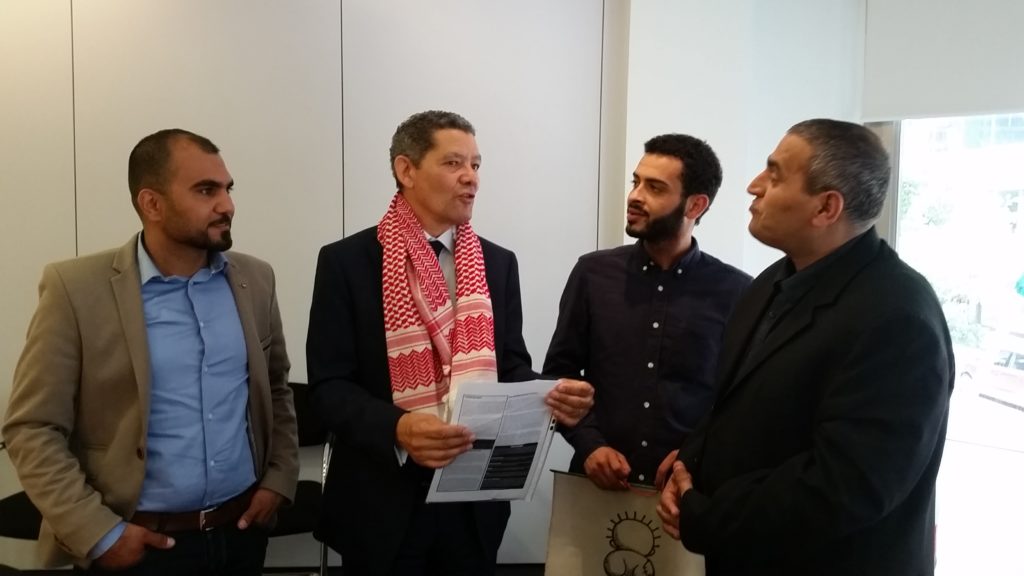 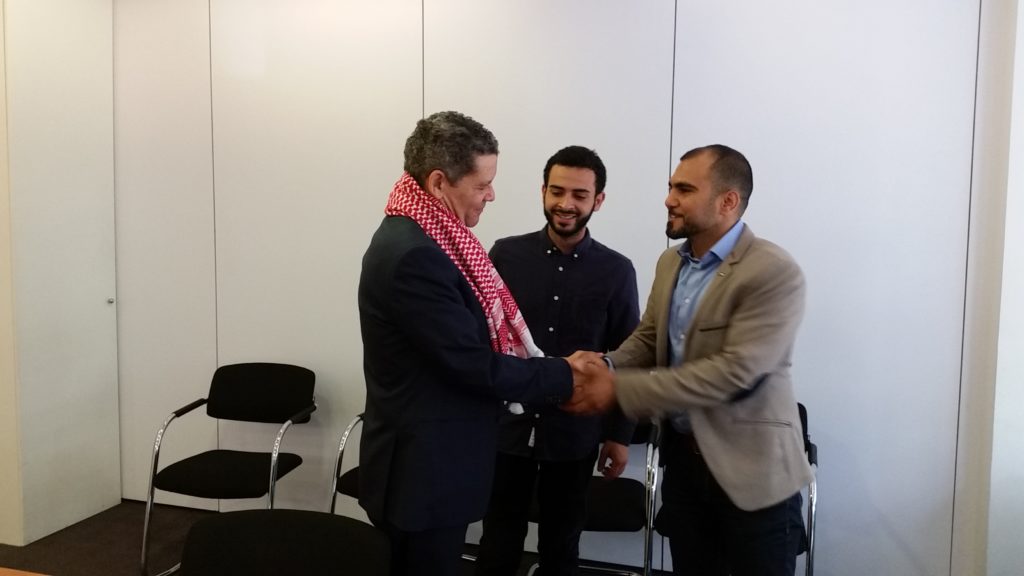 Beck expressed his support and solidarity with the Palestinian struggle and the efforts being undertaken by Palestinian and Palestine solidarity movements and organizers to build the movement for boycott, divestment and sanctions; all present committed to follow up on the discussions in order to further expand work around political prisoners, youth organizing, and Palestinian-South African joint struggle.