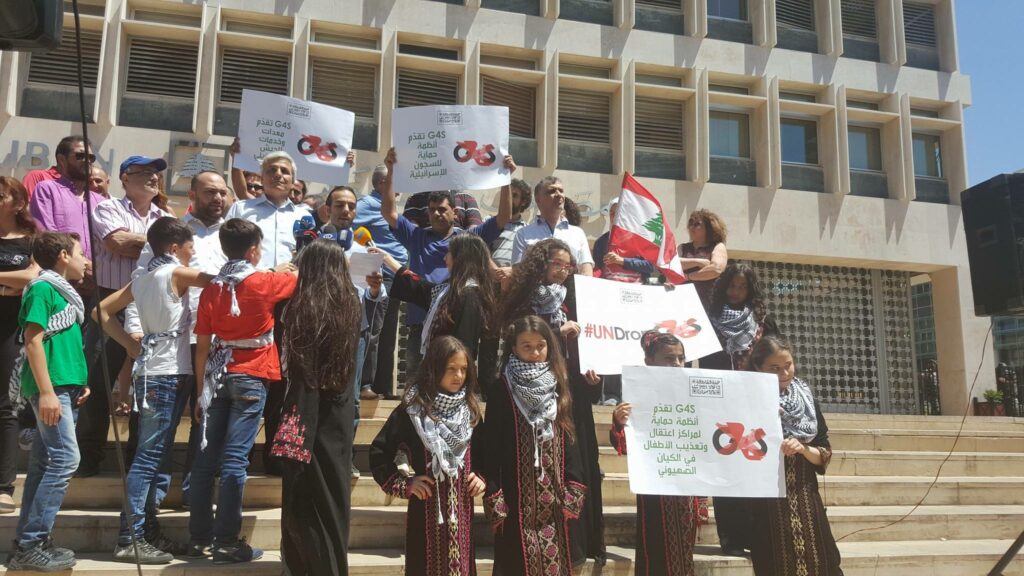 The Campaign to Boycott Supporters of Israel in Lebanon followed up on its two protests of G4S at UNICEF and the Crowne Plaze Hotel with a protest on Saturday, 11 June, outside the Central Bank of Lebanon in Hamra, Beirut.

The Campaign is demanding Lebanese and international entities cut their contracts with G4S, the British-Danish security corporation that provides equipment, control rooms, and security systems to Israeli checkpoints, prisons, and detention centers. There is a global call for boycott of G4S, backed by Palestinian political prisoners and civil society organizations. G4S has also come under fire internationally for its involvement in the imprisonment of youth and migrants in the US, UK and elsewhere, and for its work as a US military contractor. 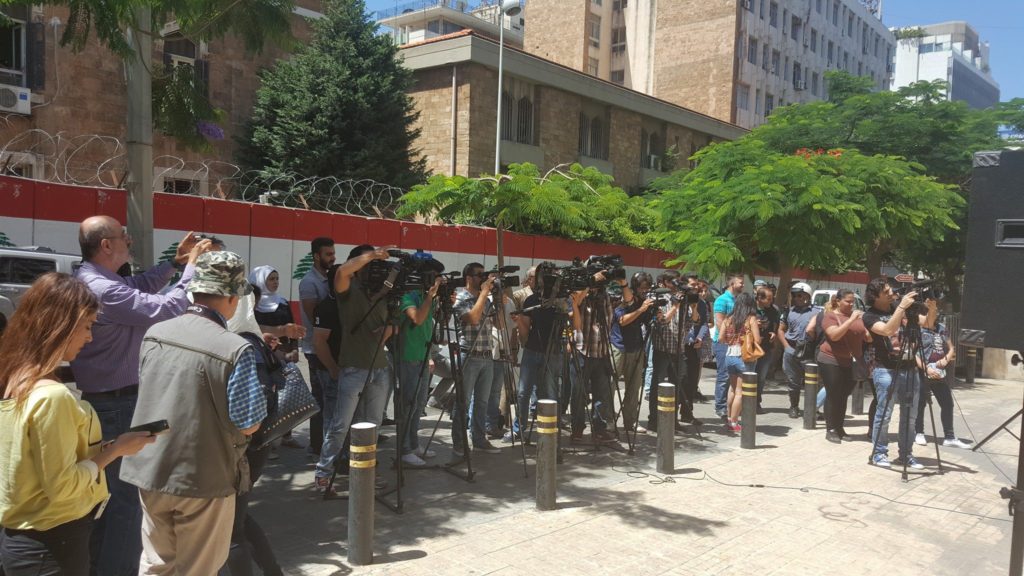 The protest was organized with the boycott campaign in the Palestinian refugee camps; the Lebanese Democratic Youth Union; the Youth Movement for Change; the International Campaign to Free Georges Ibrahim Abdallah; the Palestinian Cultural Club at the American University of Beirut; and Al-Ghad dabkeh troupe. It was widely covered in Lebanese and Arab media, including Al-Hayat, Al-Diyar, Al-Thabat, Tahawolat magazine, New TV, Future TV, Palestine Today, Al-Manar, Al-Kawthar, Reuters, LBCI, El-Nashra, and Ruptly. 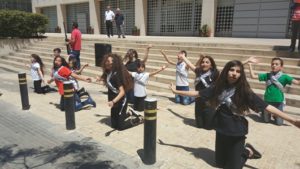 The protest included the reading of the letter by the Campaign to Boycott Supporters of Israel and Lebanon presented to a representative of the governor of the Central Bank, calling for the bank to end its G4S security contracts, as well as dabkeh dance performances by Palestinian children from the refugee camps in Lebanon and the distribution of leaflets urging a boycott of G4S.