Home News Family and comrades of Omar Nayef Zayed come together for funeral of... 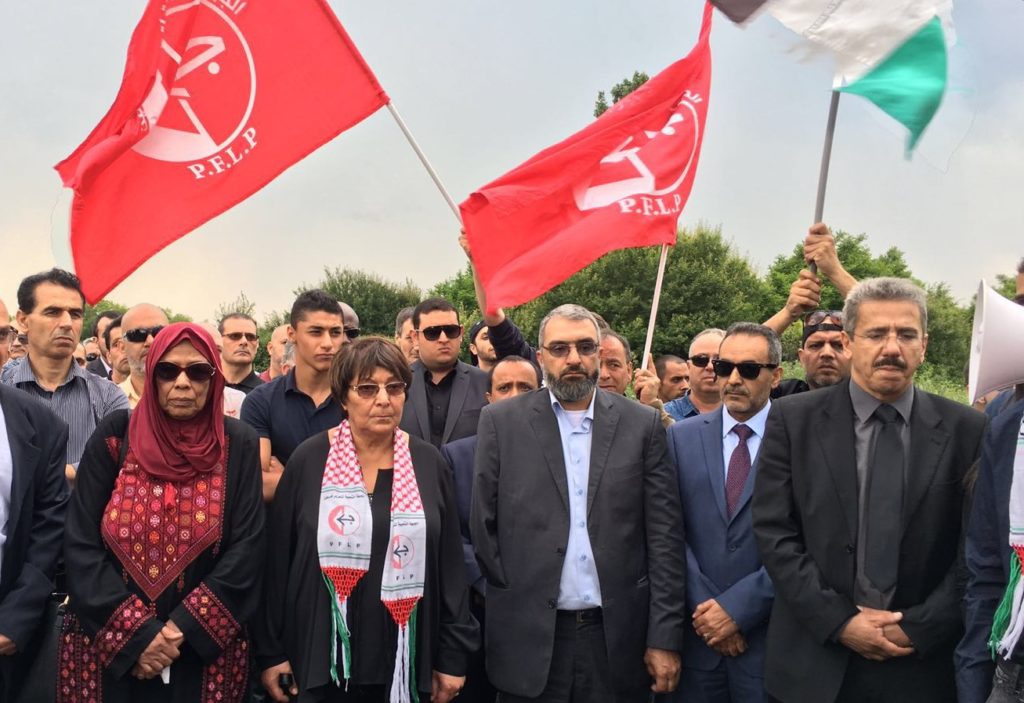 The family, comrades and friends of the Palestinian martyr Omar Nayef Zayed gathered in Sofia, Bulgaria for his funeral on Friday, 10 June. The burial, at the Islamic cemetery in Sofia, came alongside a powerful speech by Palestinian leader, famed symbol of resistance Leila Khaled, who pledged commitment to the path of struggle of Nayef Zayed. 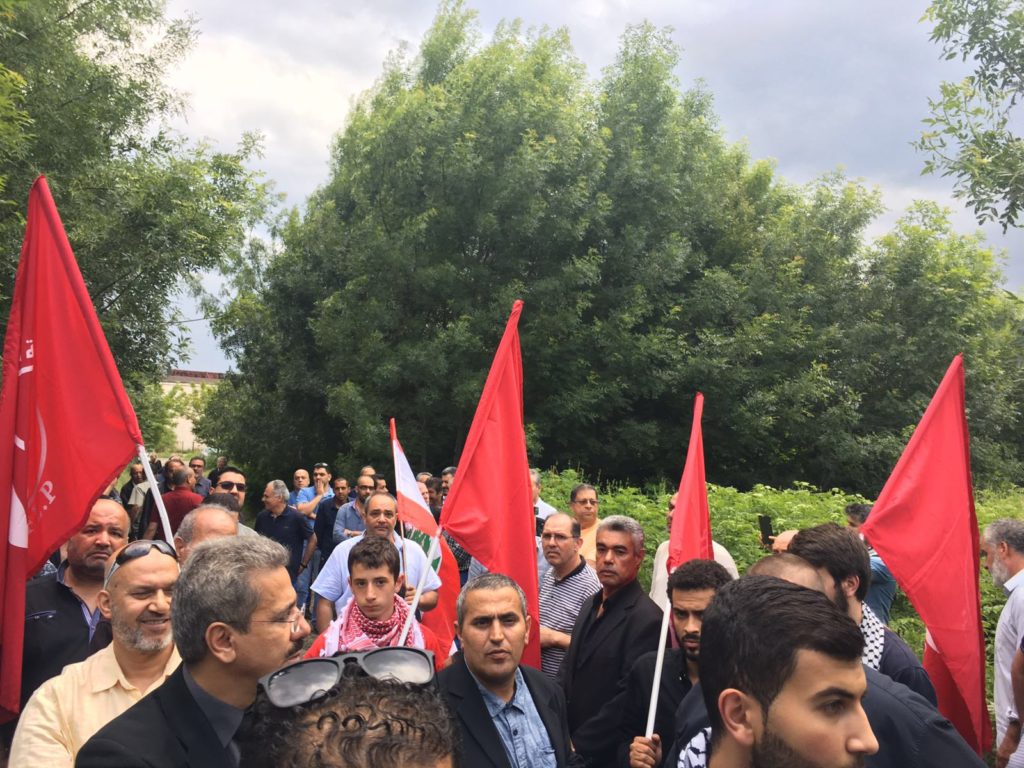 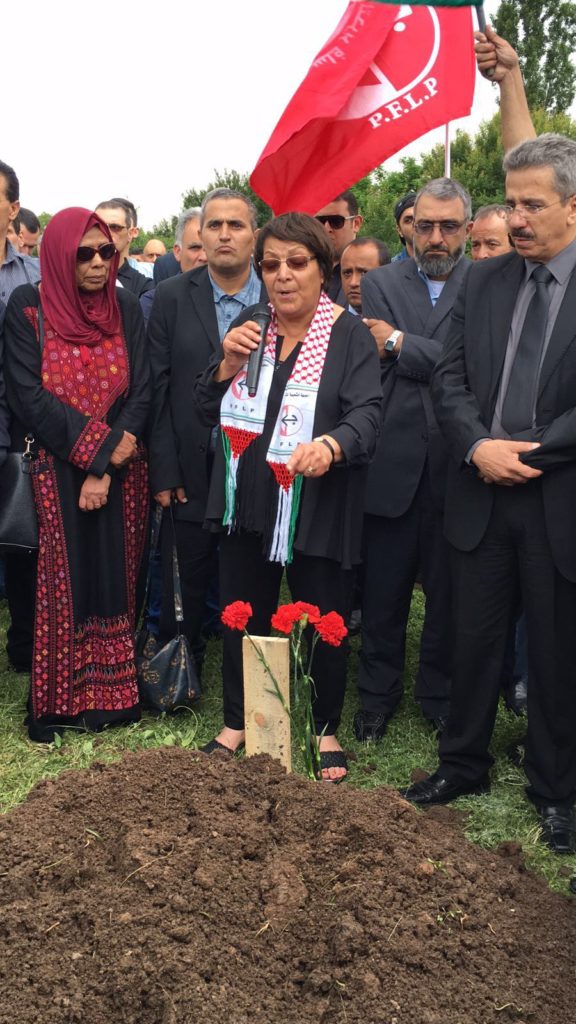 Beginning from the home of the former Palestinian prisoner and his family, the funeral moved to the Islamic Center of Sofia and then the city’s Muslim cemetery, where he was laid to rest, his coffin covered in a Palestinian flag and the banner of the Popular Front for the Liberation of Palestine. Members of the Palestinian and Arab communities in Sofia, representatives of Palestinian organizations in Europe, and a Samidoun delegation joined Nayef Zayed’s family and friends for the funeral. The funeral was covered by Arab and Palestinian media, including Al-Quds TV.

Palestinian leftist writer Khaled Barakat spoke with Palestinian media at the funeral, emphasizing that the struggles of Palestinians like Omar Nayef Zayed are part of “one struggle for return and liberation – a struggle that is continuing in Palestine, and in exile, including everywhere in Europe.”

Kashef Nayef Zayed, Omar’s brother, spoke at the funeral, followed by Leila Khaled, speaking on behalf of the PFLP. In her speech, Khaled said that Nayef Zayed was a “victim of occupation and traitors,” pledging that “Omar’s spirit will always be with us” in the struggle for return and liberation of Palestine. Addressing his wife Rania and three children, Khaled pledged that the Front would always be with them, and that those responsible for Nayef Zayed’s death would be held accountable.

Nayef Zayed, 52, was a former Palestinian prisoner who was imprisoned in 1986, as a member of the Popular Front for the Liberation of Palestine, accused with his brother Hamza and Samer Mahroum of being part of an attack on an Israeli extremist settler in Jerusalem. Sentenced to life imprisonment, he escaped in 1990 after a 40-day hunger strike. After traveling in the Arab world for 4 years, he arrived in Bulgaria in 1994. Nayef Zayed was married to Rania, a Palestinian Bulgarian; they had three children. He owned a grocery store and was a leader in Sofia’s Palestinian community. In December 2015, the Israeli embassy in Sofia sought Nayef Zayed’s extradition, demanding his arrest. He took sanctuary in the Palestinian embassy in Sofia while engaged in a campaign against the extradition demand. Throughout this time, he was constantly subject to pressure by PA representatives to leave the embassy. On 26 February, Nayef Zayed’s body was found on the ground of the garden of the embassy; he had fallen from the top story of the building. Since that time, his family and comrades have been engaged in ongoing struggle to hold those responsible for Nayef Zayed’s death accountable and uncover the truth. 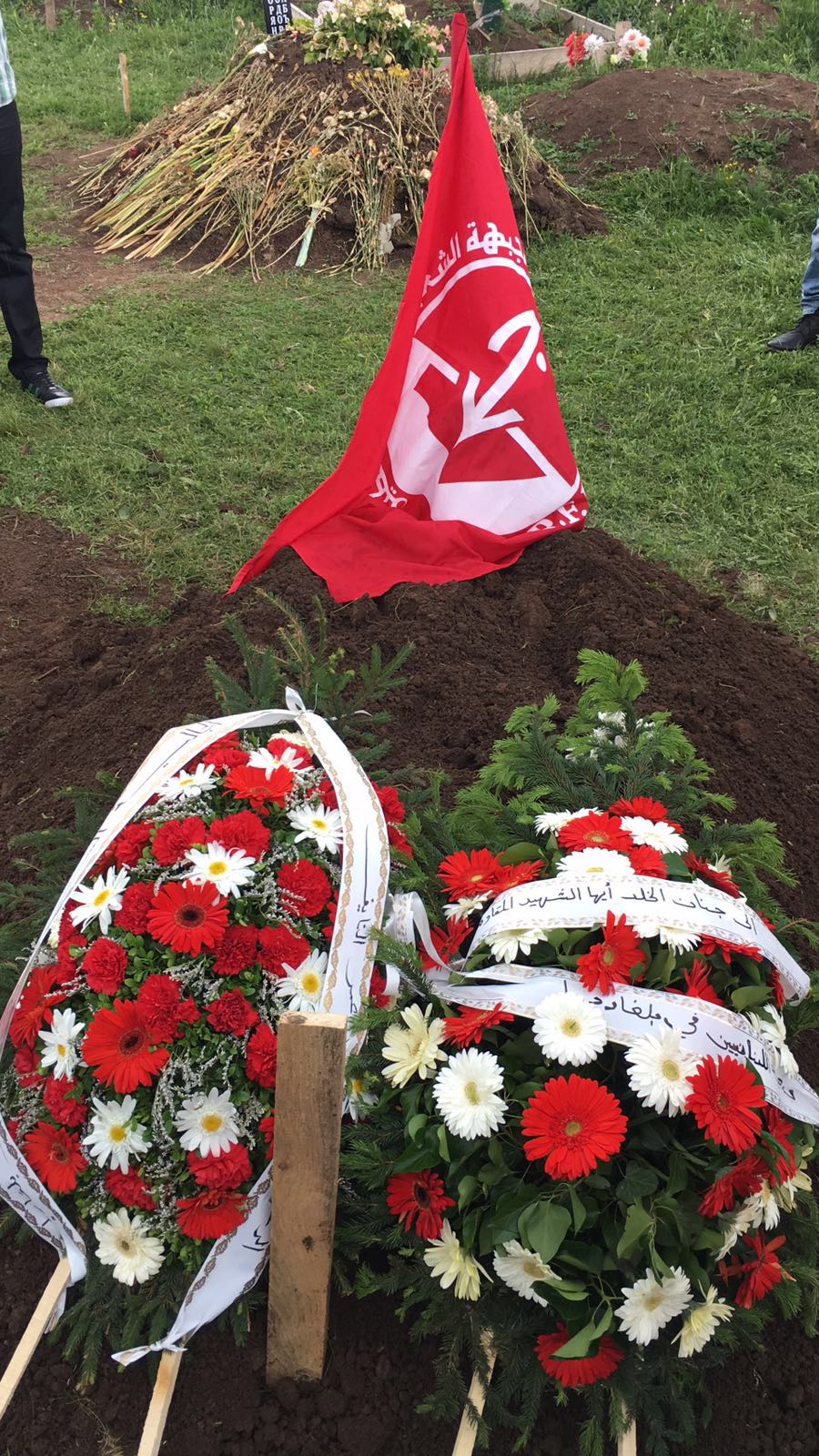 Photos and videos by Mostafa Awad and Hatem Abu Shammala