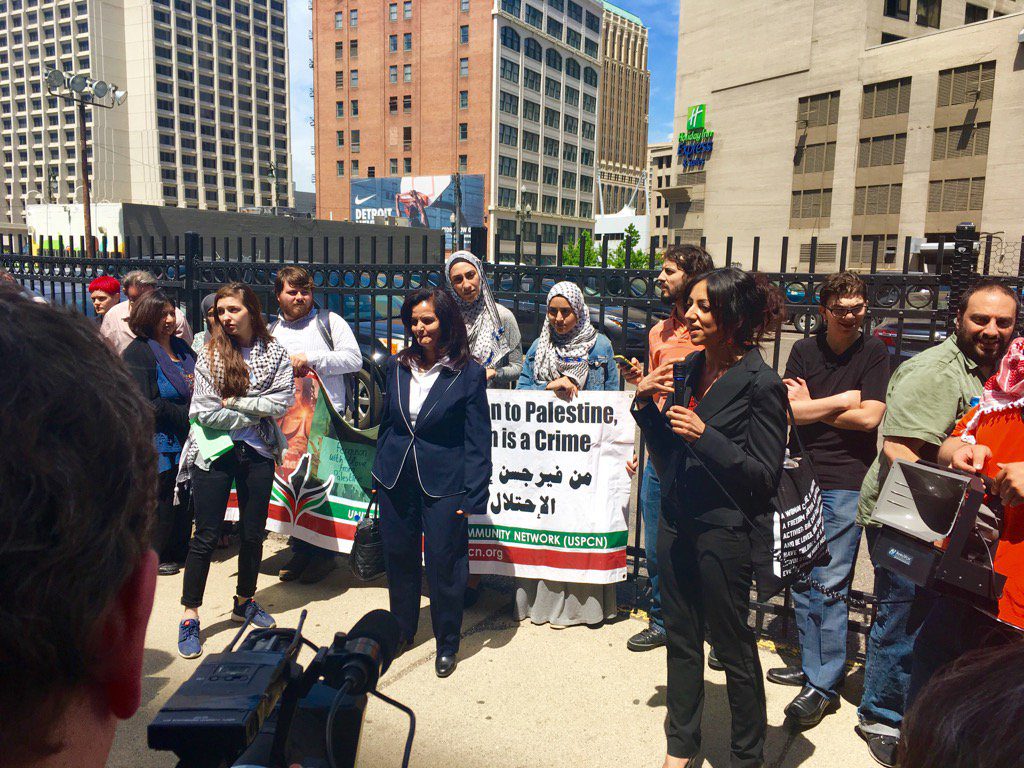 At a status conference in Detroit on 13 June for former Palestinian political prisoner, torture survivor, and Palestinian community leader Rasmea Odeh, a hearing was set for 29 November on the admission of evidence and expert testimony concerning her PTSD. This evidence had been excluded from her earlier trial, a decision rejected by the U.S. Court of Appeals, which returned the case to the lower court for further proceedings.

If Judge Gershwin Drain accepts the expert witness on Odeh’s PTSD, Dr. Mary Fabri, at the 29 November hearing, Odeh will have a new trial, tentatively set for 10 January 2017. If there is a new trial, there will be a new prosecutor assigned to the case; the previous prosecutor, Jonathan Tukel, was frequently criticized for his use of “terrorist” labeling in the case, which contained no charges relating to “terrorism,” as well as his bullying-style questioning of Odeh in the courtroom. 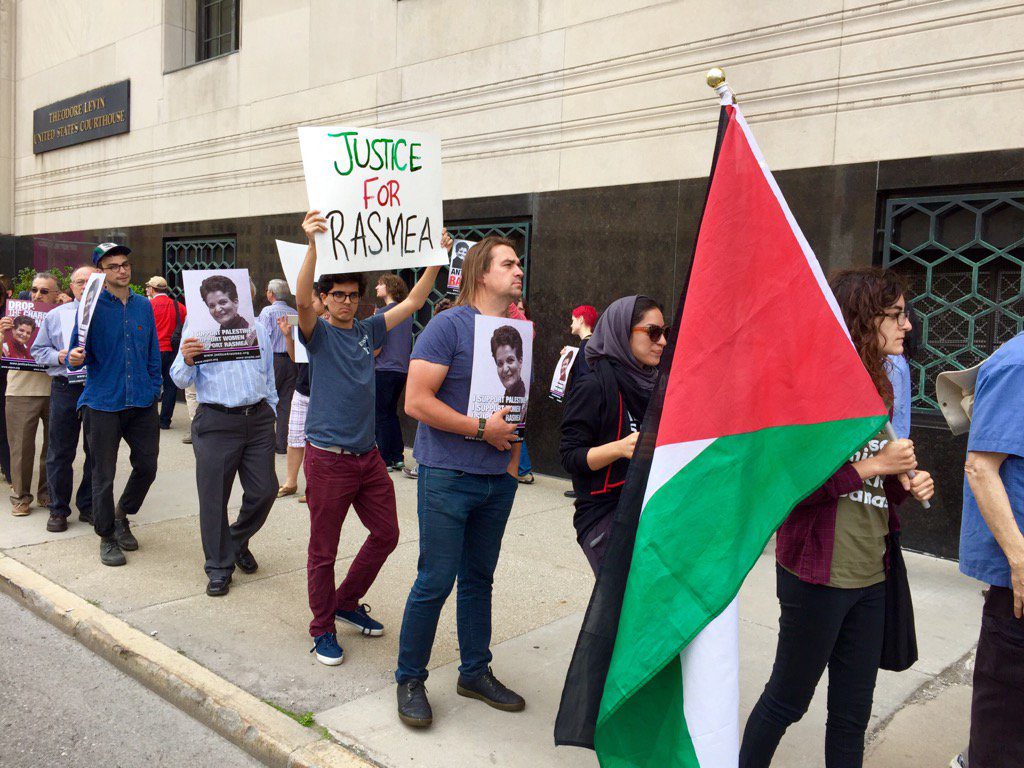 Outside the closed status conference, over 100 Palestinians and supporters from across the Midwest rallied outside the courtroom, chanting and carrying signs and banners demanding Justice for Rasmea. The Rasmea Defense Committee, led by the US Palestinian Community Network and the Committee to Stop FBI Repression, organized with people throughout the Midwest to bring a strong base of support for Odeh.

Odeh, 68, was convicted of unlawful procurement of naturalization, in charges stemming from her 10 years in Israeli prison from 1969-1979; she was accused of not disclosing her imprisonment to US immigration officials. Her case was widely known in both English and Arabic media, and her US citizen father had consulted with the State Department during her detention. Odeh’s brutal physical and sexual torture at the hands of interrogators had been brought before the United Nations and published in the Sunday Times. 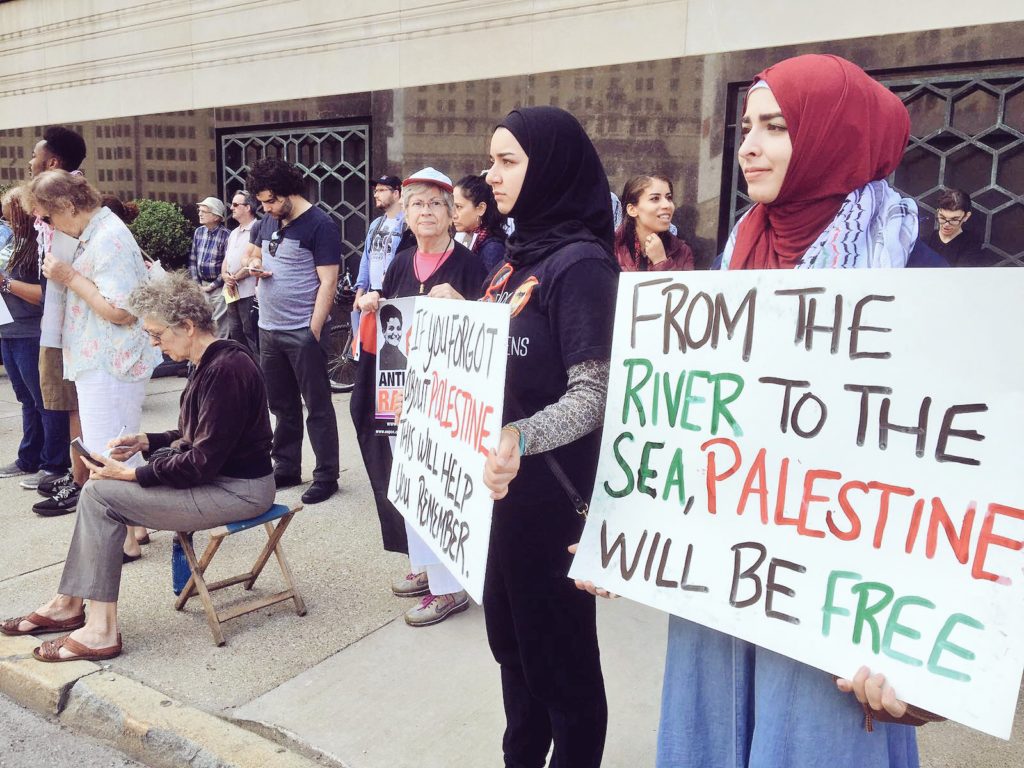 The charges were brought against Odeh in 2013, a year before the statute of limitations on such a charge expires. They appear to have derived largely from a multi-year FBI infiltration among leftist, anti-war and Palestine solidarity activists in Chicago and Minnesota.

During her trial, Odeh and her legal team were forbidden to discuss her experience of torture and denied the ability to bring an expert witness – Fabri – who could testify as to how Odeh’s PTSD impacted her answers to the questions on the immigration forms. 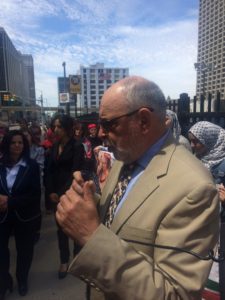 Following the 13 June hearing, Odeh’s lawyer, Michael Deutsch, told the Electronic Intifada that “Judge Drain offered no new argument against scheduling a new trial that would include Fabri’s testimony, but granted the prosecution’s request for a pre-trial hearing to determine her qualifications.” He noted that he expects Fabri’s testimony to be accepted and the trial to go forward in January – but that there are additional evidentiary issues, such as specific testimony regarding Odeh’s torture, and the Israeli allegations against her, to still be decided.

Deutsch and fellow member of Odeh’s legal team, Huwaida Arraf, spoke to the crowd of supporters outside the courtroom following the hearing. Hatem Abudayyeh of the US Palestinian Community Network – Odeh’s co-worker and a target of the earlier FBI infiltration – spoke about the history of the case and the growing support for the Rasmea defense campaign.

Odeh herself spoke, thanking supporters, after the hour and one-half hearing. “I hope with your support, we will be able to win this case,” she said.

Protests also took place in New York, San Jose, Salt Lake City and Tampa in support of Odeh and the campaign for a new trial. 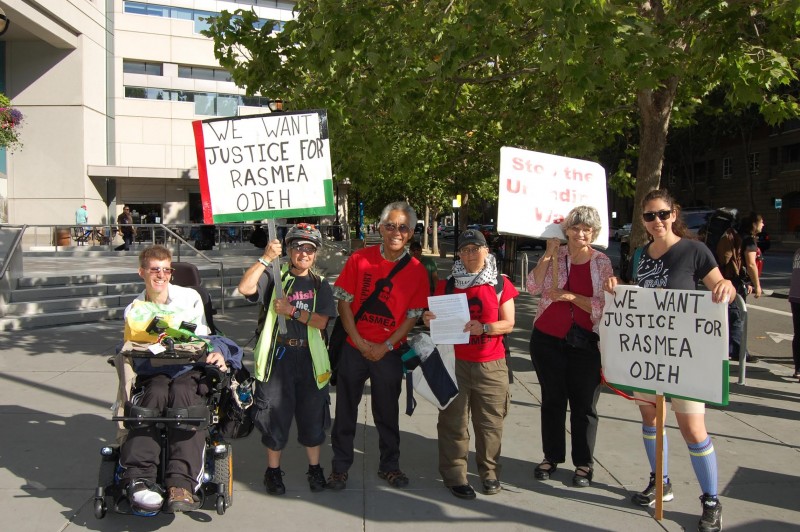 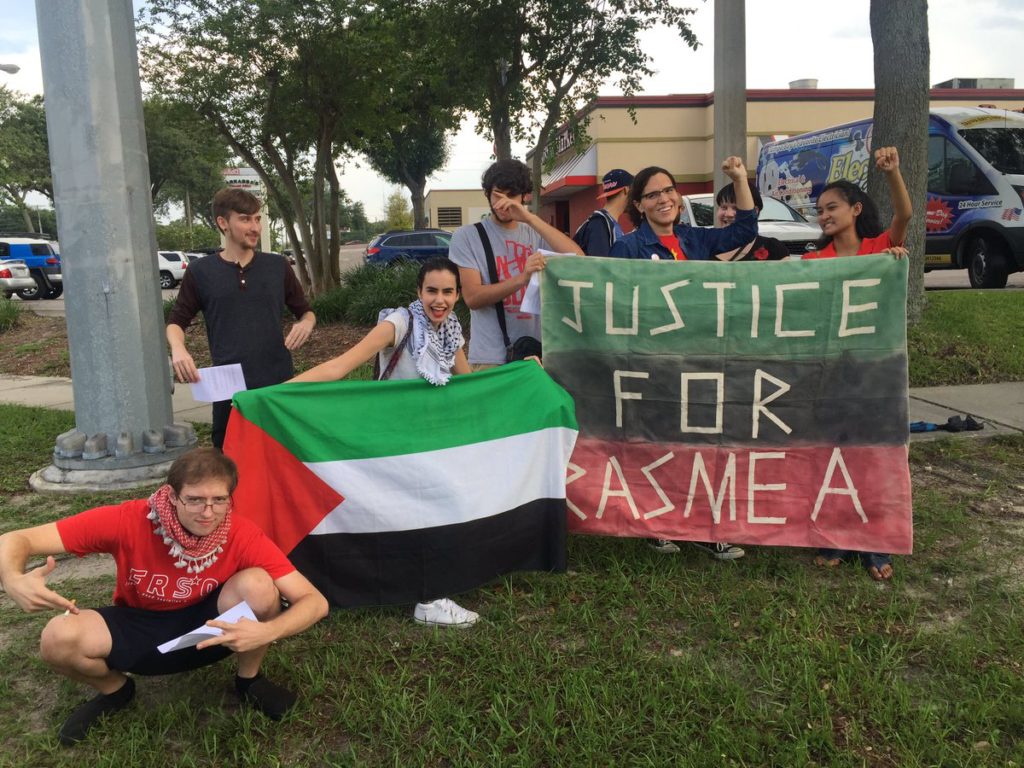 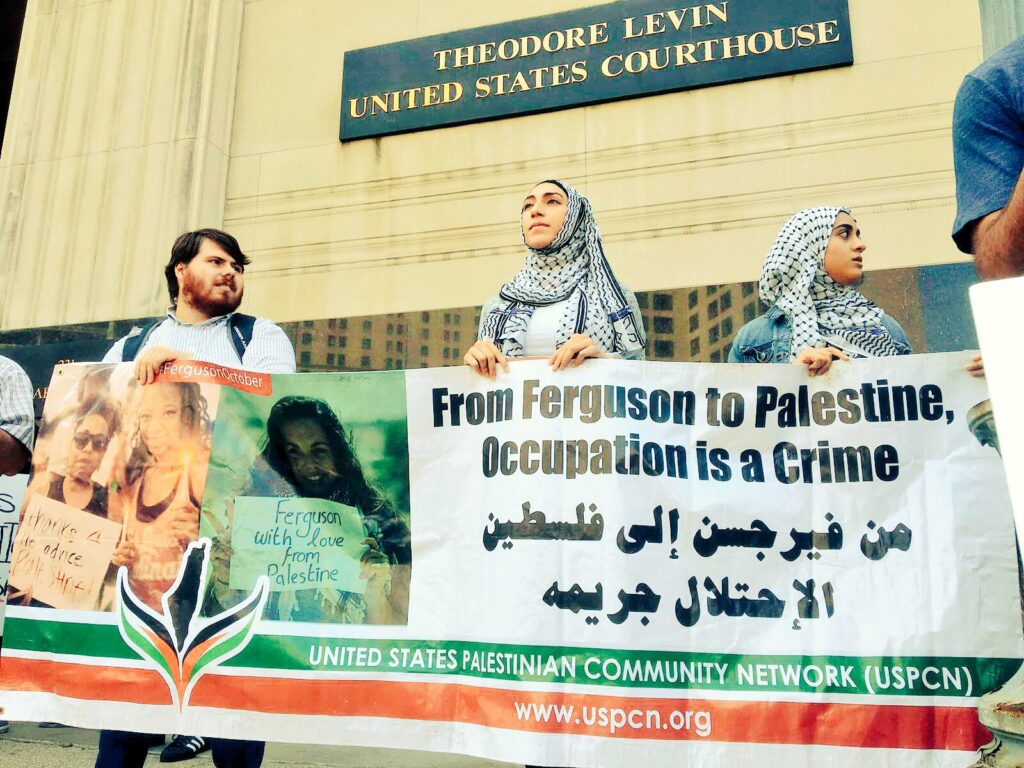 Photos via Twitter, by SJP UM-Dearborn, USPCN Detroit, Mark Mondalek, Bill Chambers, and on Fight Back!