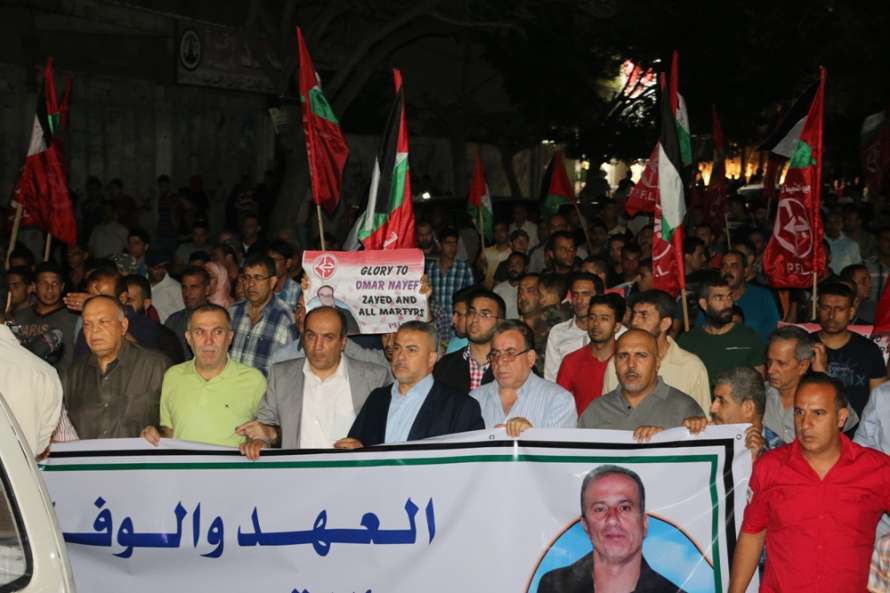 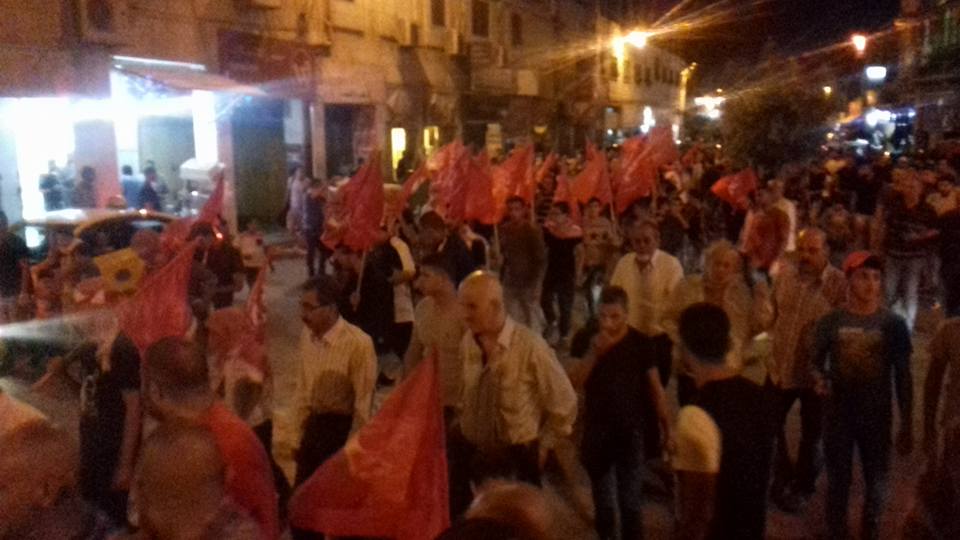 Large crowds of Palestinians in Jenin joined the symbolic funeral march from the central mosque in Jenin, as comrades of Nayef Zayed from the Popular Front for the Liberation of Palestine, alongside his family members, carried a mock coffin, Palestinian flags and PFLP banners, to the cemetery where a mock gravestone was placed commemorating Nayef Zayed.

Nayef Zayed was imprisoned by Israeli occupation forces in 1986 and accused of participation in the killing of a settler in Jerusalem; after four years of imprisonment and a 40-day hunger strike, he escaped from prison. He later made his way to Bulgaria, where he married Rania, a Palestinian Bulgarian, and had three children; as a permanent resident in Bulgaria, he was active in the Palestinian community in Sofia. He was found dead after a fall from a large height inside the Palestinian embassy on 26 February. He had sought refuge in the embassy following an extradition request to the Bulgarian government made by the Israeli state, demanding that Nayef Zayed be arrested after 26 years of freedom and turned over to the Israelis. 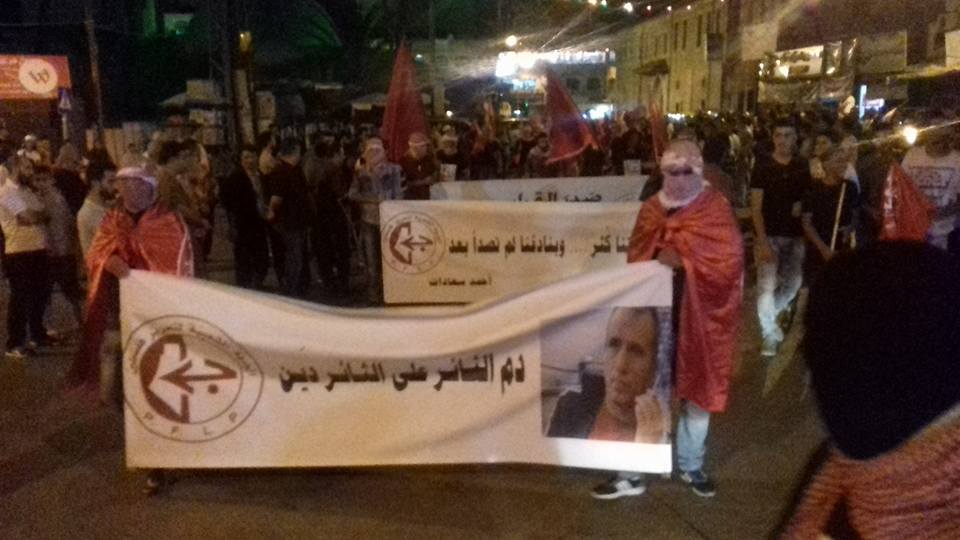 Nayef Zayed was affiliated with the Palestinian leftist political party and resistance movement, the Popular Front for the Liberation of Palestine. Palestinian organizations have demanded justice and accountability from those responsible for his death, primarily the Israeli state and its security agencies, the Palestinian Authority that failed to protect and harassed him, and the Bulgarian government which pushed him into refuge.

A group of Nayef Zayed’s comrades carried a symbolic coffin for Nayef Zayed as they marched through the streets of Jenin leading the large crowd, chanting against the occupation and for justice for the killing of Omar. Speakers at the event included Khader Adnan, former Palestinian political prisoner released twice from administrative detention after long-term hunger strikes; Jaafar Abu Salah of the PFLP; and Alaa al-Saadi. 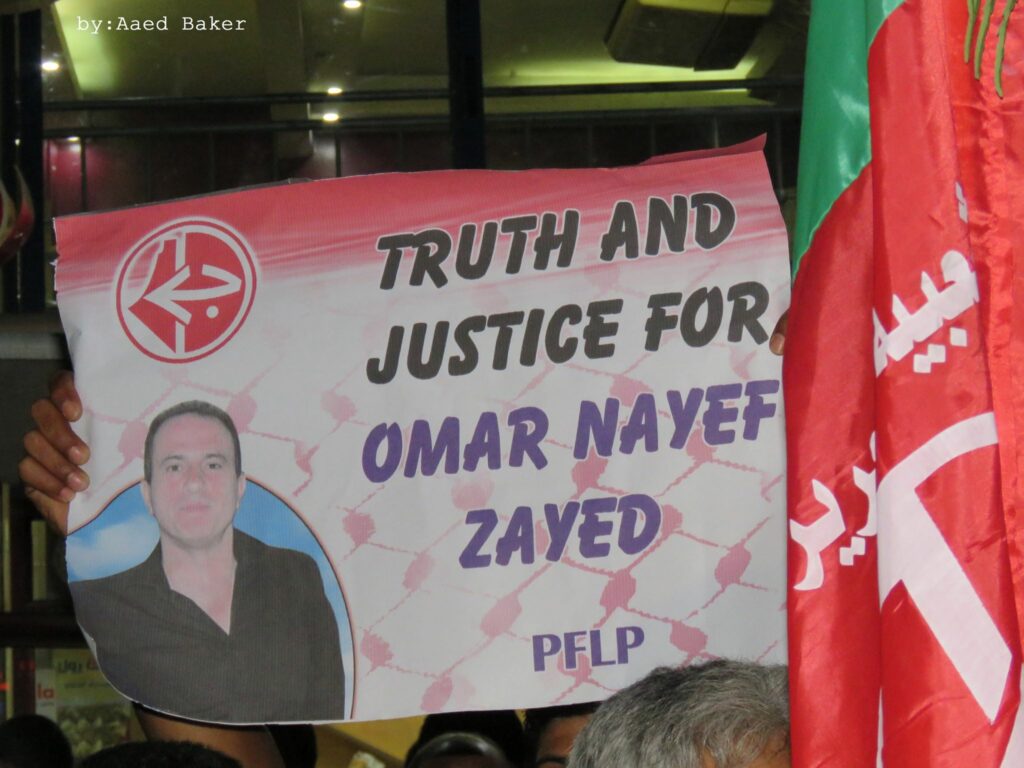 In Gaza City, large crowds marched with a symbolic coffin for Nayef Zayed carried by Palestinian fighters, marching through the streets and chanting for justice and accountability for the killers of Nayef Zayed. 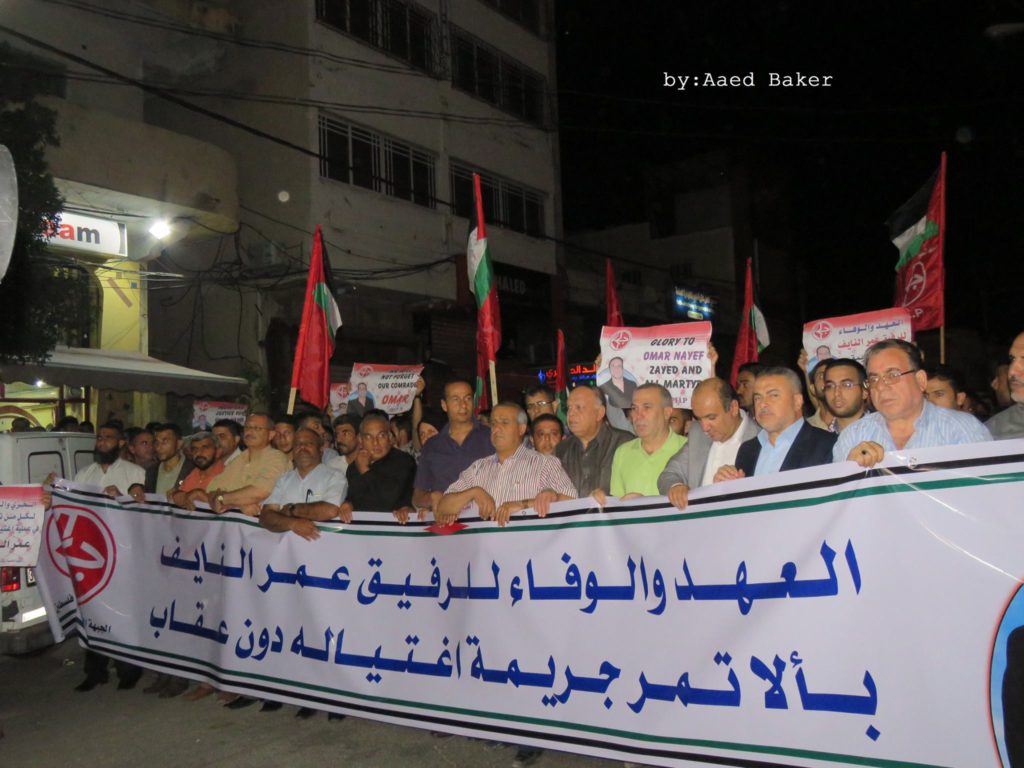 Allam Kaabi, a former prisoner, spoke on behalf of the PFLP, saluting Nayef Zayed’s life of struggle and sacrifice and vowing to pursue those responsible for his death. Khaled al-Batsh of Islamic Jihad likened the killing of Nayef Zayed to the assassination of Fathi Shiqaqi in Malta, Khalil al-Wazir in Tunisia and Abu Ali Mustafa in Ramallah, urging Palestinian unity to confront the ongoing threats to Palestinian leaders and the Palestinian people.