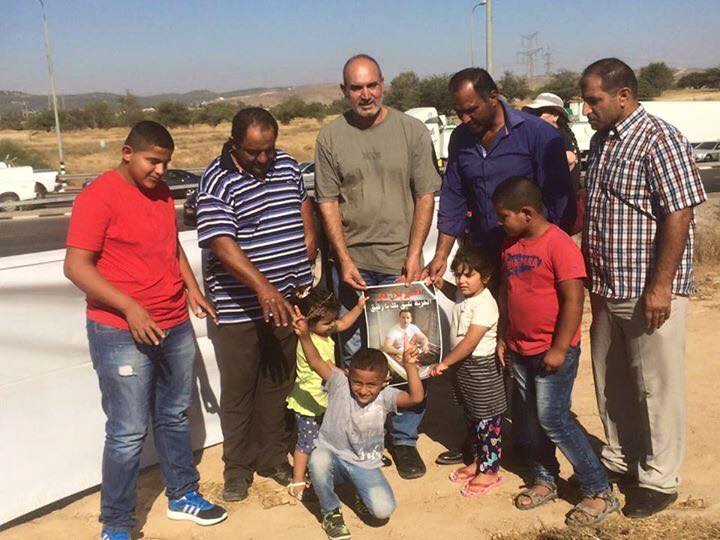 On 3 July, Palestinians of Al-Araqib village gathered in the Naqab desert to protest against the 100th demolition of their village by Israeli forces – and to stand in solidarity with Palestinian prisoner Bilal Kayed, on open hunger strike since 15 June against his administrative detention without charge or trial, imposed on him following the expiration of his 14.5 year sentence in Israeli prisons on 13 June.

Al-Araqib is an “unrecognized” Palestinian Bedouin village in the Naqab desert, whose lands were expropriated by the Zionist state under the “Land Appropriation Law of 1953,” and the villagers internally displaced. After years of struggle under military rule and following it, many of the people of Araqib returned to their lands in the 1990s to reestablish their life on the land, and was home to about 300 residents when it was demolished for the first recent time in July 2010. Al-Araqib is one of dozens of so-called “unrecognized” Palestinian Bedouin villages, where the state refuses to connect the villages to the national water and electricity grid, provide health and educational services, or support any basic infrastructure, despite the residents’ status as Israeli citizens allegedly entitled to equal rights. Instead, the state attempts to push the Bedouin families to “planned cities” like Rahat, preventing them from accessing a traditional Bedouin lifestyle or their agricultural lands. 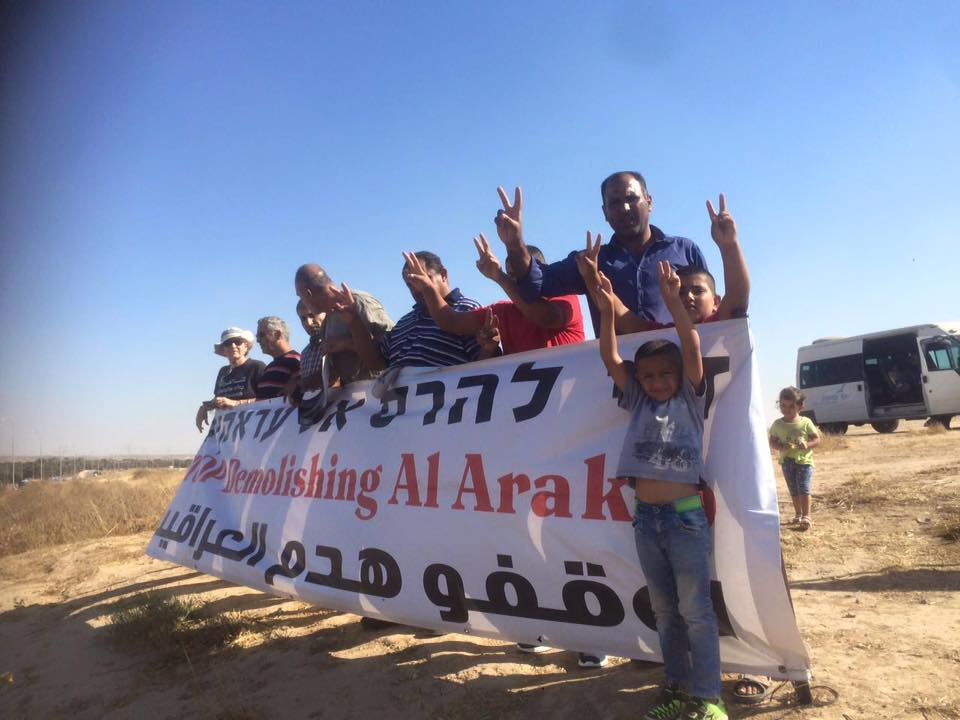 On 29 June 2016, the village was demolished for the 100th time. Not only does the Israeli state attack and demolish Palestinian residences throughout Palestine, making clear the status of Palestinians who hold Israeli citizenship as an oppressed and excluded indigenous people alongside all other Palestinians (in the West Bank, Jerusalem and Gaza; in exile and diaspora as refugees) – it also attempts to bill them for the repeated demolitions, demanding hundreds of thousands of dollars from the villagers for “costs” for demolishing their homes.

Meanwhile, across the road from Al-Araqib, the Israeli state supports, irrigates, and funds the Jewish-only settlement of Givot Bar, established ten years ago by the Or Movement, a Zionist settler movement that aims to “Judaize” the Naqab and the Galilee, in partnership with the Jewish National Fund. The villagers’ land is classified by the state as “recreational,” with a JNF-sponsored forest scheduled to be planted on their land – and 3,500 native citrus and olive trees uprooted and destroyed in order to make way for it. 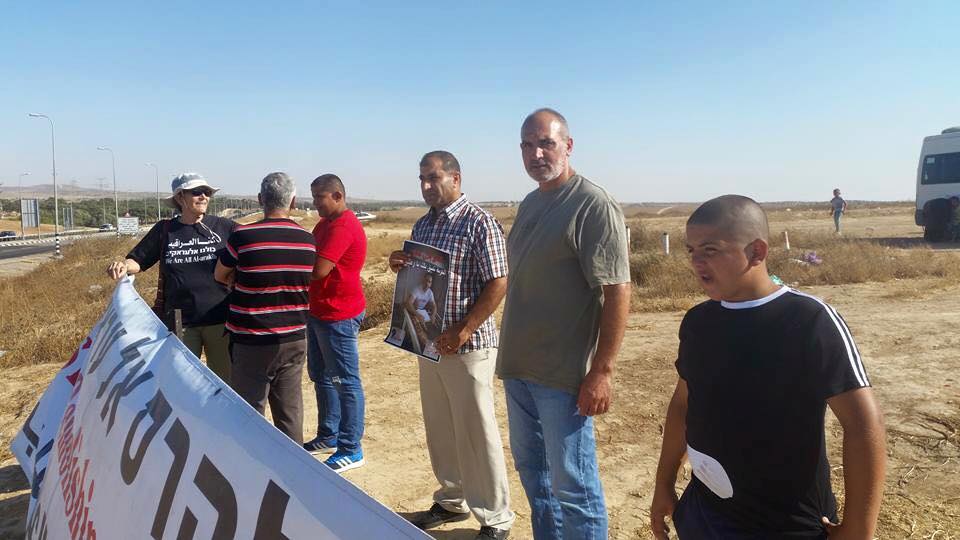 On 3 July, villagers of Araqib, including the president of the Popular Committee to Defend Al-Araqib, Ahmad Khalil Abu Medeghem, gathered for their weekly protests asserting their right to defend their land and to stand in solidarity with Bilal Kayed. 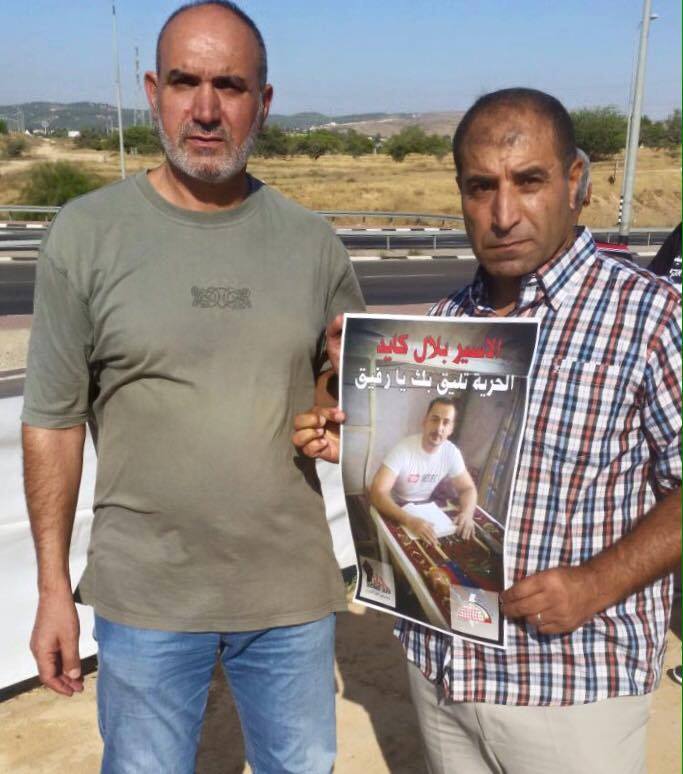 Kayed, 35, has been on hunger strike since 15 June demanding his freedom; he was ordered to administrative detention without charge or trial upon the completion of his 14.5 year sentence in Israeli prisons on 13 June. He is joined by hundreds of fellow prisoners taking part in hunger strikes and other protests demanding his freedom; his case is seen as threatening a dangerous precedent of indefinite imprisonment of Palestinian prisoners upon the completion of their sentences. International protests in cities around the world, as well as mass marches and protests throughout Palestine, have gathered in the past three weeks to demand Kayed’s immediate release.