Home Prisoners Bilal Kayed Interview with Samidoun’s Mohammed Khatib: The failure of the Palestinian Authority to... 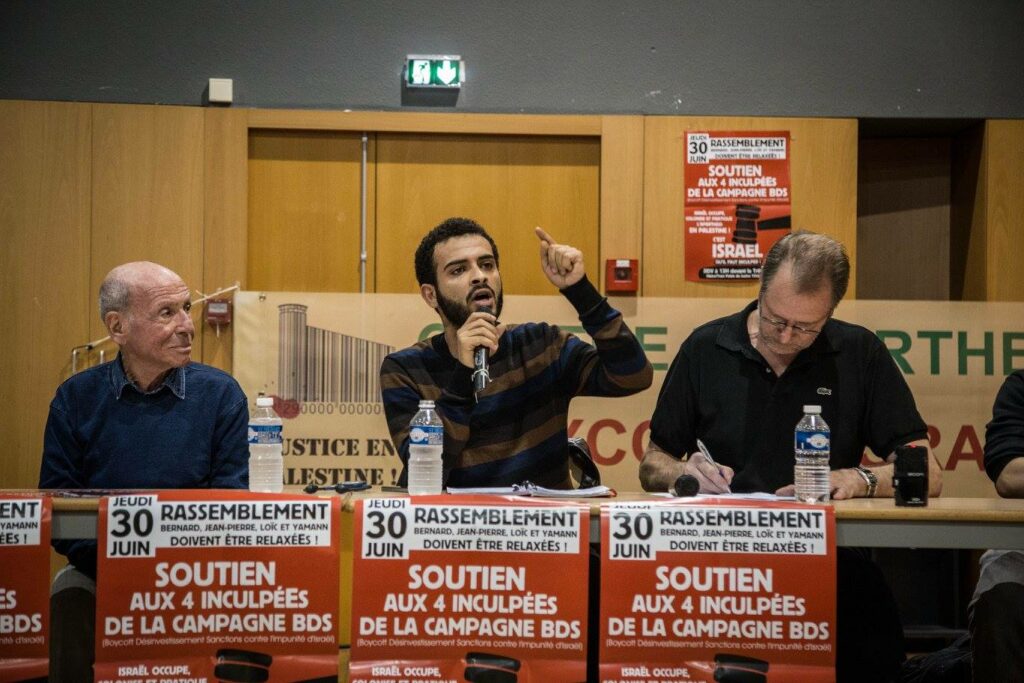 In an Arabic-language interview with Hadf News, Mohammed Khatib, the coordinator of Samidoun in Europe and Palestinian youth activist, spoke about the relationship of efforts to free Palestinian political prisoners with the Palestinian Authority and official institutions.

“The internationalization at popular and official levels of the prisoners’ cause requires that the prisoners’ movement itself is returned to its status as the primary reference for all. This is the duty and the responsibility of everyone,” said Khatib. “Quite frankly, it appears that there are those with power who intentionally prevent the raising of the issue of prisoners in international forums, in the service of U.S. and Zionist policies,” said Khatib. “What we mean by the internationalization of the cause of the prisoners is action on all fronts at the same time – popular, official, legal, political, media, and other levels.”

“Our experience with the official Palestinian embassies over the past years, especially after the involvement in the tragedy of the killing of the struggler Omar Nayef Zayed, has been that the institutions of the Palestinian Authority has moved from a role of silence to that of participating in the crime. Silence itself is a crime,” Khatib said. He noted that “the so-called Palestinian Foreign Ministry has not directed its embassies to move on the issue of Bilal Kayed and his comrades, despite being engaged in a heroic struggle for over two weeks. It seems Mr. Riyad al-Malki does not care about the suffering of the prisoners in Israeli jails – we challenge them to prove the opposite.”

He noted the release of the fifth statement by the striking prisoners, saying that it clearly indicates that the official Prisoners’ Affairs Committee is not playing a role that rises to the level required, and that the prisoners know that this body is tied down and prevented from real action. “Break the chains of the Palestinian authority and the limitations it imposes,” Khatib said.

“It is a shame to see members of the Greek, Irish, South African parliaments, government and political figures raise their voices in solidarity with Bilal Kayed, while the ministers of the Authority, the ambassadors, and even the president are quiet,” said Khatib. “The PLO institutions rightfully belong to the Palestinian people, who have built them with the blood of the martyrs in Palestine and in exile. The millions spent on the embassies are the funds of the Palestinian people, of prisoners and refugees. There should be a Palestinian referendum to answer the question as to whether our national funds should be spent on the cause, or on banquets and concerts that serve the purpose of normalization; to ask about the killing of Omar Nayef Zayed; and of what has happened regarding the scandal of embassies selling passports to refugees and exploiting their suffering?”

In response to a question as to what can be done to repair this situation, Khatib said, “I am afraid that we are past the stage of calling for reform of these institutions. What is first required is to free Palestinian decision-making from the grasp of Oslo, for our people to liberate their institutions from the control of the powerful few who control their destiny, market their rights, and benefit from suffering.”