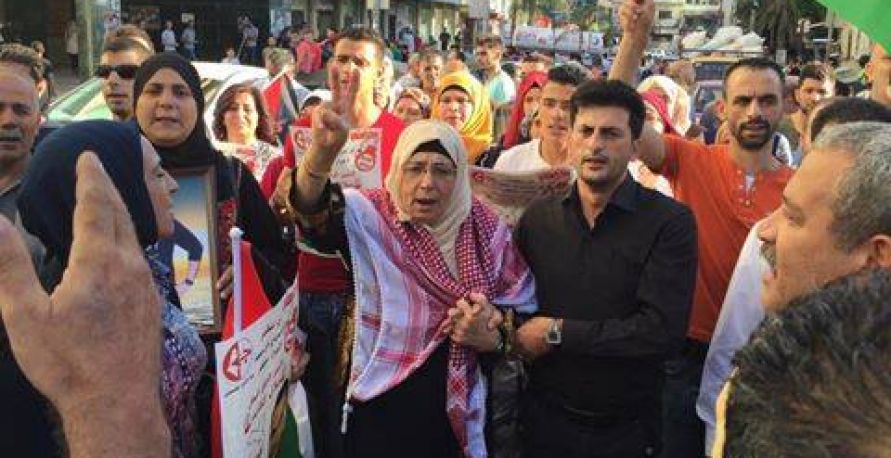 Palestinian prisoners announced that their collective protest for the freedom of imprisoned Bilal Kayed will escalate as of Sunday, when dozens of prisoners will join a collective open-ended hunger strike.

In a new statement issued by Palestinian prisoners associated with the Popular Front for the Liberation of Palestine, they announced that on Sunday, 17 July dozens of prisoners will begin an open hunger strike in solidarity with Kayed, as the first group to join a collective open hunger strike that will grow on an escalating basis until Kayed achieves his freedom. At the same time, the Palestinian Prisoners’ Society and the Palestinian Prisoners Center for Studies affirmed that prisoners of all Palestinian factions will participate in escalating steps of protest in the coming week for freedom for Kayed.

Kayed, 35, a leader inside the prisons and one of the organizers of the 2012 mass collective Karameh hunger strike against solitary confinement and denial of family visits, has been on hunger strike for 32 days, since 15 June. He was ordered to six months’ administrative detention – imprisonment without charge or trial – on 13 June, immediately upon the completion of his 14.5 year sentence in Israeli prisons. Hundreds of Palestinian prisoners are involved in protests to free Kayed, including mass hunger strikes of two and three days across all prisons.

PFLP prisoners have been hit by repressive raids by prison forces, denial of family visits, confiscation of personal belongings and electronic appliances, and financial fines. Meanwhile, two days into his second month on hunger strike, Kayed remains in solitary confinement in Ashkelon prison, in a 1.5 x 2 meter cell with no window. His health has deteriorated, he has lost significant weight, and he experiences constant feelings of dizziness, fatigue and insomnia. Still, he has announced that his morale remains high despite the physical costs of his strike – he refuses all vitamin or salt supplements and medical examinations, and is consuming only water.

Protests have taken place throughout Palestine demanding Kayed’s immediate release; his case is seen as a dangerous precedent of the indefinite imprisonment of Palestinian prisoners upon the expiration of their sentences.

Samidoun urges all to respond to the escalation of the prisoners with an international escalation of struggle. As dozens of Palestinian prisoners begiin an open-ended hunger strike to demand freedom for Bilal Kayed from administrative detention, it is time to take to the streets and raise our voices in support of this critical battle for freedom. The Progressive Student Labor Front in Palestine has already called for an international day of student action on 25 July. We urge you to meet the prisoners’ sacrifice with struggle: organize protests, actions and demonstrations, and escalate BDS campaigns and the boycott of Israel and complicit corporations like G4S, to demand freedom for Bilal Kayed and his fellow Palestinian prisoners.