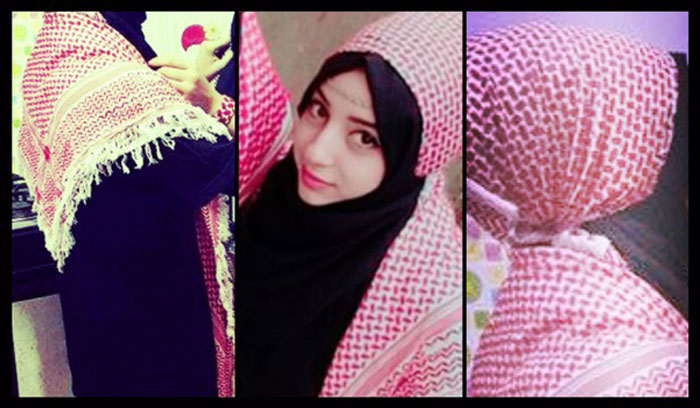 Palestinian student activist Donya Musleh was sentenced to 10 months in Israeli prison and a fine of NIS 2,000 (approximately $500) on charges of “incitement” for posting on Facebook about the Israeli occupation and Palestinian resistance.

Musleh, 19, a Palestinian refugee from Dheisheh camp near Bethlehem, is a student at Palestine National University and an activist with the leftist student organization, the Progressive Student Labor Front. She was arrested in a raid on her home in the camp on 16 November 2015.

Musleh is one of hundreds of Palestinians arrested, charged, or ordered to administrative detention for posting their political opinions and views about their occupied homeland on social media. Just days ago, journalist Samah Dweik was sentenced to six months and one day in prison for posting on Facebook. Astrophysicist Imad Barghouthi is currently being charged with Facebook “incitement,” after winning an end to his administrative detention with the support of hundreds of international scientists. Poet Dareen Tatour is held in house arrest after three months in prison, for posting her poetry on Youtube.

The PSLF is currently calling for a World Student Day of Solidarity with Bilal Kayed and Palestinian Prisoners on 25 July. Bilal Kayed, 35, is on hunger strike for the 37th day in protest of his administrative detention without charge or trial, imposed upon him after 14.5 years of Israeli imprisonment.

The detention of two more Palestinian women, Banan Mahmoud Mafarjah, 21, a medical student at Al-Quds University in Abu Dis, arrested at an Israeli occupation “flying checkpoint” west of Ramallah on 16 July; and Samaher Abdul Qader Musalma, of Beit Awwa near al-Khalil, arrested on 18 July while visiting her husband Nabil in the Negev desert prison; were extended until Sunday, 24 July. There are approximately 61 Palestinian women currently held in Israeli jails.