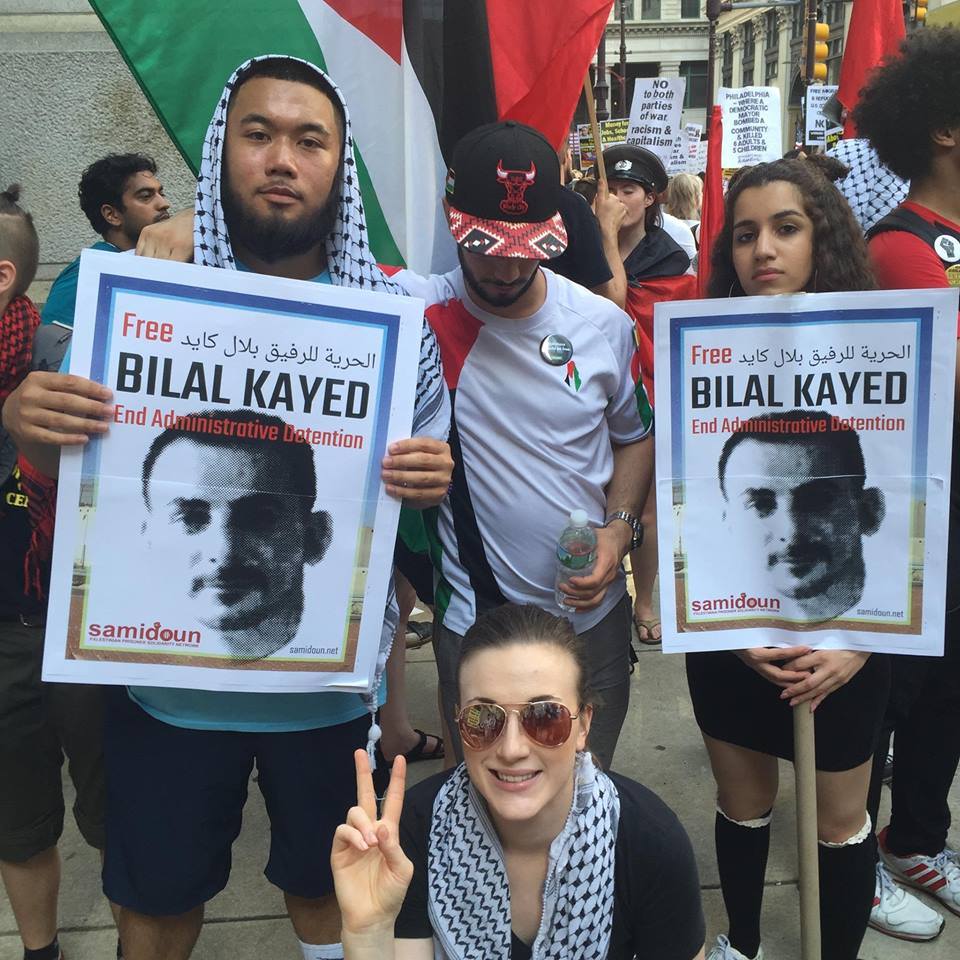 Bilal Kayed is a Palestinian Political prisoner who was placed on administrative detention and forced into solitary confinement on the day of his release, after being incarcerated in an israeli prison for 14 years.

Bilal has been on a hunger strike for over 60 days since he was put on administrative detention. Hundreds of other Palestinian prisoners have joined his hunger strike in protest against the apartheid state of israel.

With his health reaching a critical turn for the worse, Bilal doesn’t have much time left. His situation is as urgent as ever. We must protest our freedom fighter!

Join us at the Israeli Consulate on Philadelphia on 19th and JFK as we protest against israel for his release.