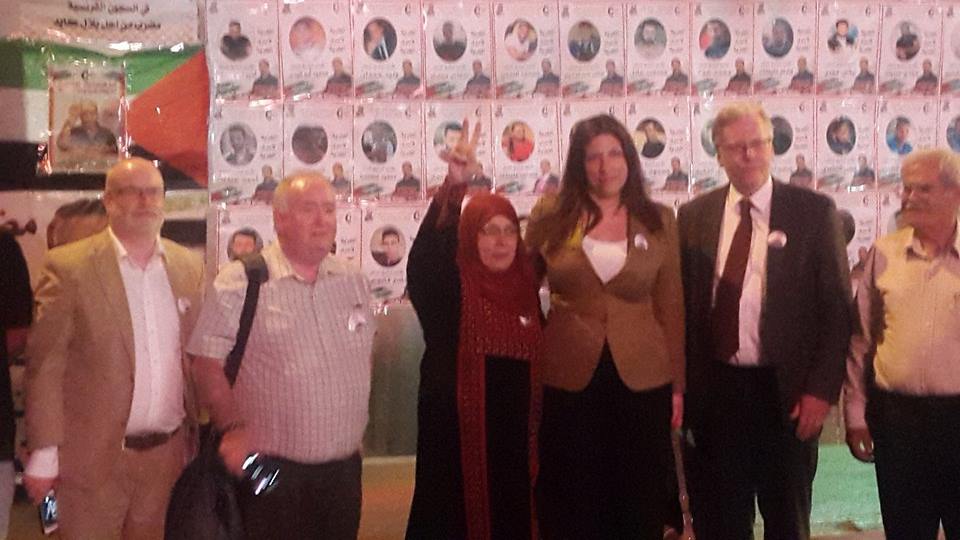 A group of European parliamentarians and lawyers recently returned from a delegation to Palestine organized by Samidoun Palestinian Prisoner Solidarity Network, working in cooperation with Addameer Prisoner Support and Human Rights Association. Ögmundur Jónasson of Iceland, Zoe Konstantopoulou of Greece, and Paul Gavan and Fra McCann of Ireland visited Palestine in a swift emergency delegation in support of Bilal Kayed, on hunger strike since 15 June, and his fellow Palestinian prisoners in Israeli jails.

The lawyers and parliamentarians were invited by Samidoun to be part of the delegation from 14-17 August. The delegation was to be joined by Samidoun international coordinator Charlotte Kates, but she was denied entry to Palestine at the Allenby/King Hussein border crossing with Jordan after being held and delayed for hours and interrogated about her involvement with Palestine solidarity, BDS organizing and prisoner support work. Samidoun convened the delegation in order to emphasize the critical importance of political and legal work in support of Kayed, now on hunger strike for 66 days, and his fellow Palestinian prisoners, and to work to break the official international silence on the struggle of Palestinian prisoners. The delegation’s tour in Palestine was coordinated by Addameer, who also represent Kayed as his legal team. 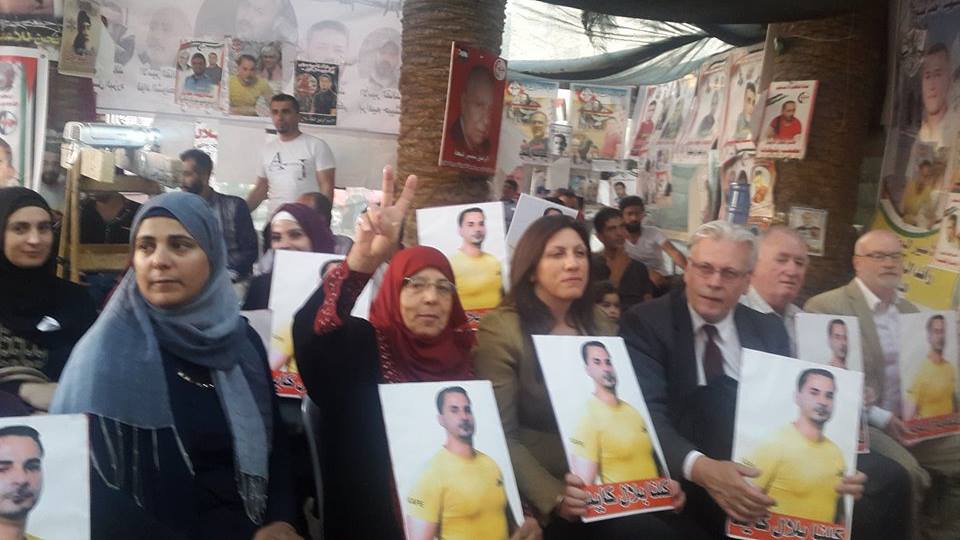 Ögmundur is is a member of the Parliament of Iceland, the former Minister of Interior and Minister of Health. Outside of parliament, he has been a journalist and a trade union leader and has long been an outstanding and outspoken leader on issues of international human rights and justice. Ögmundur represents the Left-Green Movement. Konstantopoulou  is a renowned Greek human rights lawyer and the former Speaker of the Parliament of Greece. She represents the Course of Freedom party and is a member of the Bar in Athens and New York, specializing in national, European and international criminal law, public international law and human rights. 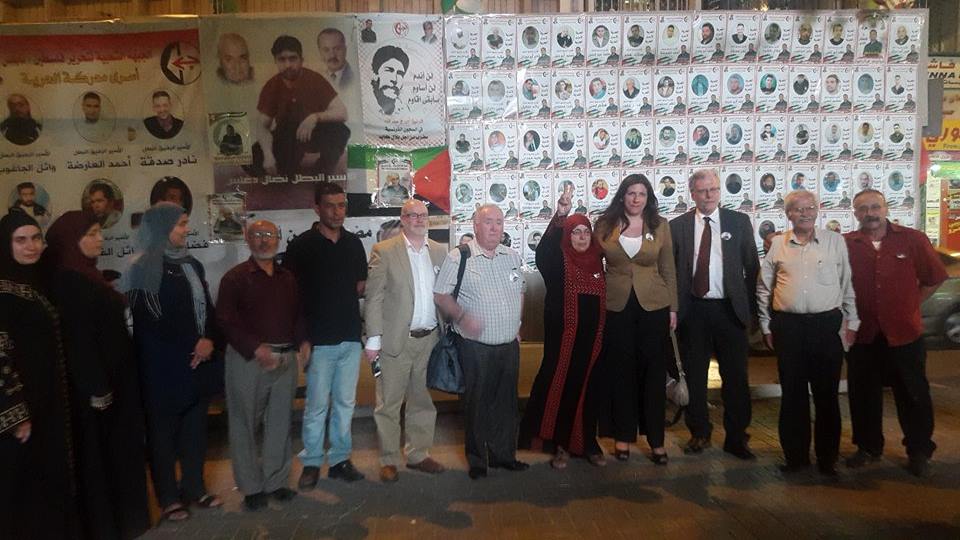 Gavan is a Sinn Féin Senator elected in April 2016. A nominee of the Irish Congress of Trade Unions he was elected to the ‘Labour Panel’ of the 26th Senate. He is Sinn Féin Party Whip for the Seanad and spokesperson for ‘Workers Rights, Public Expenditure &Reform, and Education’. He has spoken in the Irish Senate regarding the issue of Palestinian prisoners and the case of Bilal Kayed specifically. McCann is a Sinn Fein MLA for West Belfast. An active republican for the past 45 years, in February 1972 Fra was arrested by the British Army and ‘interned’ (imprisoned without charge or trial) on the prison ship Maidstone and Long Kesh. Fra was released in May 1972 only to be re-interned in November 1972, where he was imprisoned until his  eventual release on 23 December 1975. Fra was released in November 1979 and travelled Ireland highlighting the plight of the protesting political prisoners in the H-Blocks of Long Kesh. 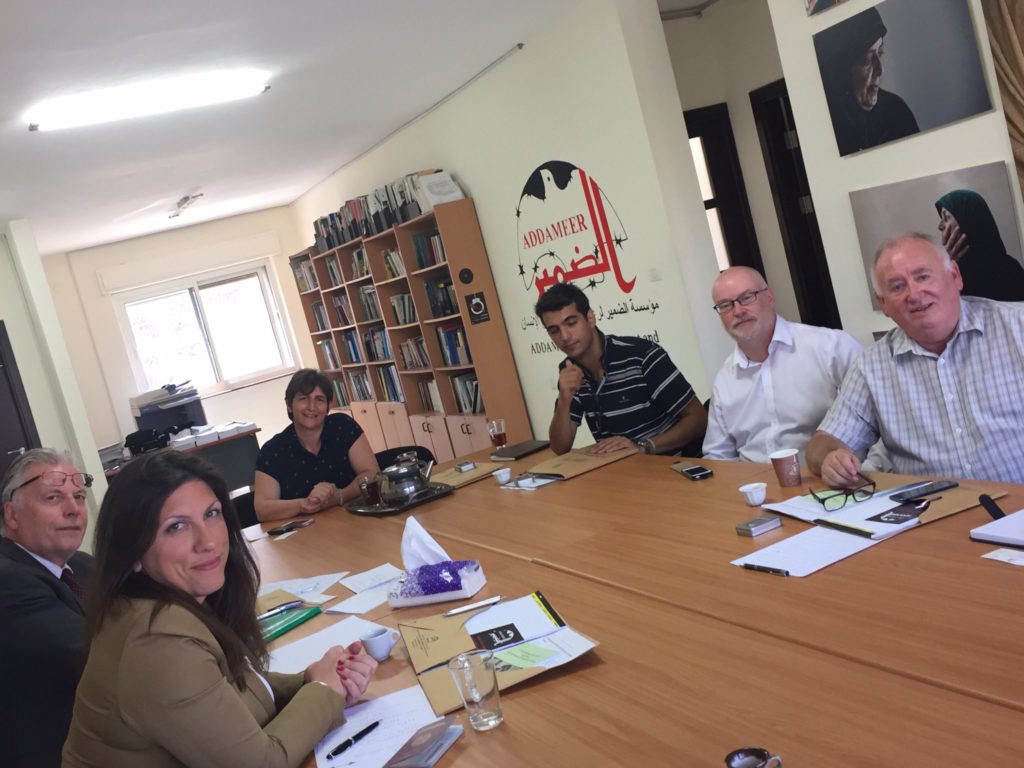 The delegation visited the family of Bilal Kayed, including his brother Mahmoud, sister Suha and mother Rahiba, visited the prisoner solidarity tents in Asira al-Shamaliyah and elsewhere in Palestine, and met with Kayed’s lawyer Farah Bayadsi and with Palestinian Legislative Council member and former prisoner Khalida Jarrar, as well as numerous former Palestinian prisoners and family members of prisoners. Among others, they heard about the case of imprisoned journalist Omar Nazzal, held without charge or trial under administrative detention along with 750 fellow Palestinians, like Kayed. The delegates applied to visit Bilal Kayed, where he is held shackled hand and foot at Barzilai hospital, but were rejected. They met with a number of Palestinian prisoner societies and human rights organizations, and with the families campaigning for the release of the bodies of their loved ones killed by Israeli soldiers and imprisoned for weeks and months after their violent deaths.

The delegates also held a press conference on their observations inside occupied Palestine:

Kayed, 34, has been on hunger strike since 15 June in protest of his administrative detention without charge or trial. He is currently shackled to his hospital bed in Barzilai Hospital and is demanding his immediate release. Kayed was ordered to administrative detention after the completion of his 14.5-year sentence in Israeli prison; rather than being released to his family as scheduled, he was thrown again into solitary confinement, where he had spent the past nine months. Kayed is a noted leader among the prisoners, elected to represent his fellow prisoners and part of the coordination of protests – such as past hunger strikes – inside Israeli prisons. His strike has been joined by nearly 100 fellow prisoners and is supported by Palestinian prisoners from all political factions, the Palestinian Prisoners’ Movement. His case threatens a dangerous precedent of indefinite imprisonment of all Palestinian prisoners following the expiration of their sentences. 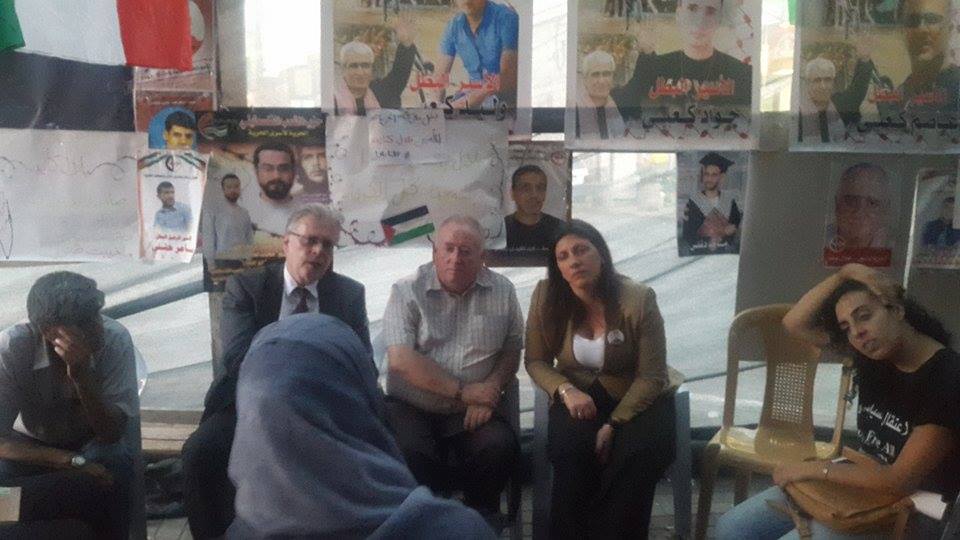 Today, Kayed faces consistently worsening health: pain throughout his body, yellowing skin, severe weakness, hair loss, and blurred vision. He rejects medical tests and consumes only water and salt; he has also consumed a small amount of sugar and vitamin B1. An Israeli court rejected an appeal against his shackling as well as a request for an independent doctor. He has been visited in the hospital by Israeli prison officials blaming him for the hunger strikes and unrest inside the prisons. “The court ruled that he shall remain shackled to his hospital bed by his hand and leg, and shall not be granted a visit by an external independent physician, using arguments that create a dangerous precedent contrary to the Patients’ Rights Law and prisoners’ rights,” noted a group of human rights organizations. Amnesty International has also joined in the condemnation of Kayed’s detention, while over 150 Palestinian and international organizations have joined a call for his immediate release and an end to administrative detention.

Kayed will face an appeal hearing on 22 August at the Israeli Supreme Court, in response to an appeal filed by his lawyers at Addameer demanding the cancellation of the administrative detention order against him. 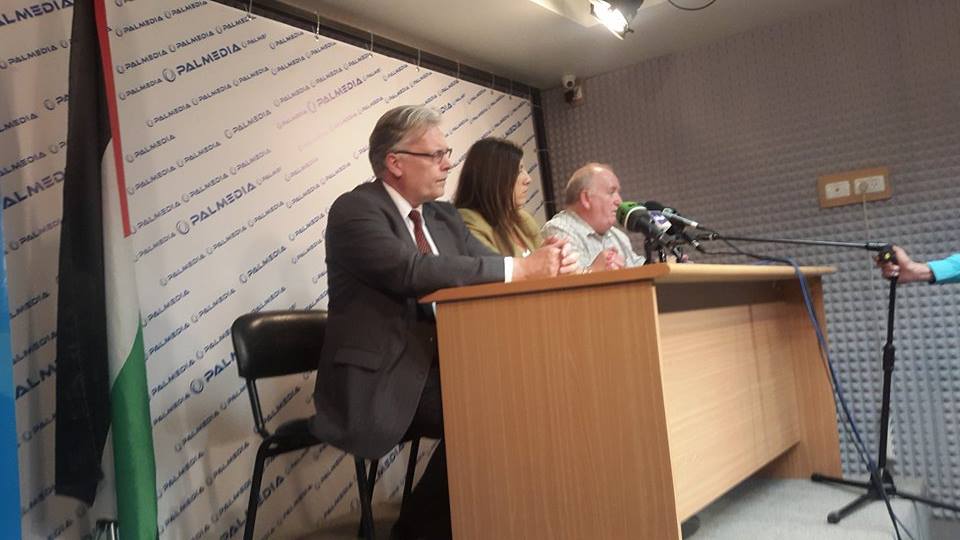 News items on the delegation:

The participating parliamentarians and lawyers issued a collective statement urging immediate action on the case of Bilal Kayed and his fellow Palestinian prisoners:

Responding to an urgent request by Human Rights’ Organizations, we, Parliamentarians and Politicians from 3 different European Countries, agreed to participate in an Ad Hoc International Delegation to Palestine in support of the demand for the immediate release of Bilal Kayed. Bilal Kayed, 35, has fully served a 14,5-year imprisonment sentence and was due to be released on June 13,2016. However, instead of being released, he was subjected to the arbitrary regime of administrative detention, which equals an executive prolongation of his incarceration, without charge and without trial. Bilal Kayed started a hunger strike to demand his freedom and is now entering the 64th day thereof, hospitalized and shackled hand and foot to the hospital bed, his life being seriously threatened at this point.

As people who have served the respect and protection of human rights in our countries and internationally, we considered it our duty not only to speak for Bilal Kayed’s demand, but also to speak against the regime of administrative detention, which constitutes a violation of fundamental human rights and freedoms as recognized in all international human rights law and humanitarian law instruments. We further consider it our obligation to speak against the conditions of prolongation of Bilal Kayed’s incarceration, which constitute direct and autonomous violations of human rights.

We requested to visit Bilal Kayed at the hospital, filing an official request in our capacity. We deplore the fact that our request has not even been answered, a fact which, in itself, multiplies the concerns for the protection of his life.

We hereby reiterate our call for the immediate release of Bilal Kayed and for the abolition of the odious practice of administrative detention.

Ögmundur Jónasson, Member of Parliament, Iceland, Former Minister, Member of the Parliamentary Assembly of the Council of Europe

Fra McCann, Member of the Legislative Assembly in the North of Ireland