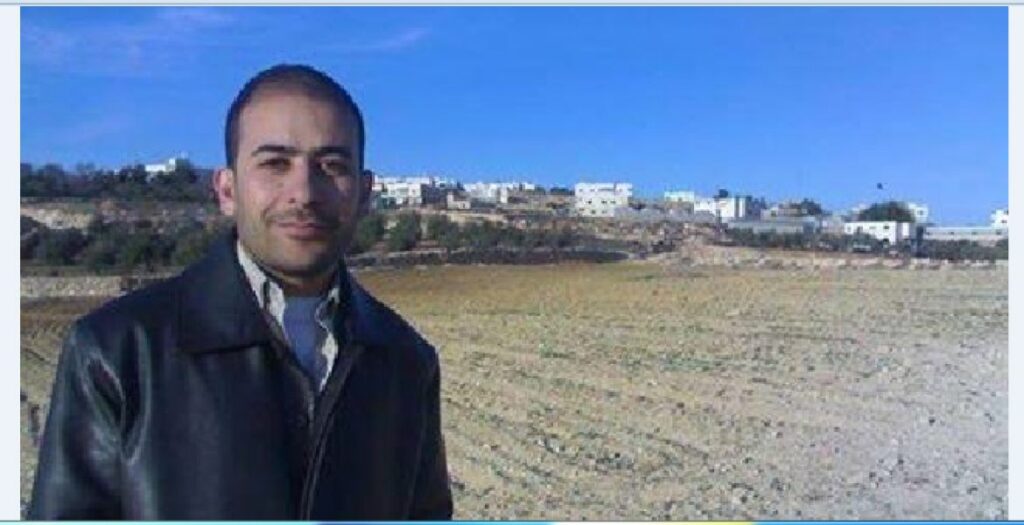 Former Palestinian prisoner and long-term hunger striker Ayman al-Tabeesh is among at least 25 Palestinian prisoners arrested in pre-dawn raids on Tuesday 2 August and late Monday evening throughout the West Bank. Al-Tabeesh, whose brother Mohammed is currently imprisoned without charge or trial under administrative detention, was released in October 2015 after thirty months in detention. During that time he conducted two lengthy hunger strikes of 105 and 123 days; both strikes ended with a promise not to renew his administrative detention, yet in both cases the agreements were broken by the Israeli occupation.

Al-Tabeesh, 35, from Dura near al-Khalil, has spent nearly 12 years in Israeli prison, mostly under administrative detention. His detention was renewed seven times during his last arrest.  Born in Libya in 1980, he returned to Palestine with his family in 1995. He could not complete his university education due to his repeated arrests.

These arrests followed upon dozens of arrests the night before in al-Khalil, Nablus, Jerusalem, Jenin and Bethlehem. In the Dheisheh refugee camp south of Bethlehem, invading occupation forces seized two local youth activists Mustafa Hasanat, 20, and Yazan Jeidi, 20, known for their involvement with leftist politics and the Popular Front for the Liberation of Palestine, including recent protests for the freedom of imprisoned hunger striker Bilal Kayed.

These mass arrests came alongside the issuance of 33 administrative detention orders for imprisonment of Palestinians without charge or trial on Monday, 1 August, as reported by the Palestinian Prisoners’ Society: