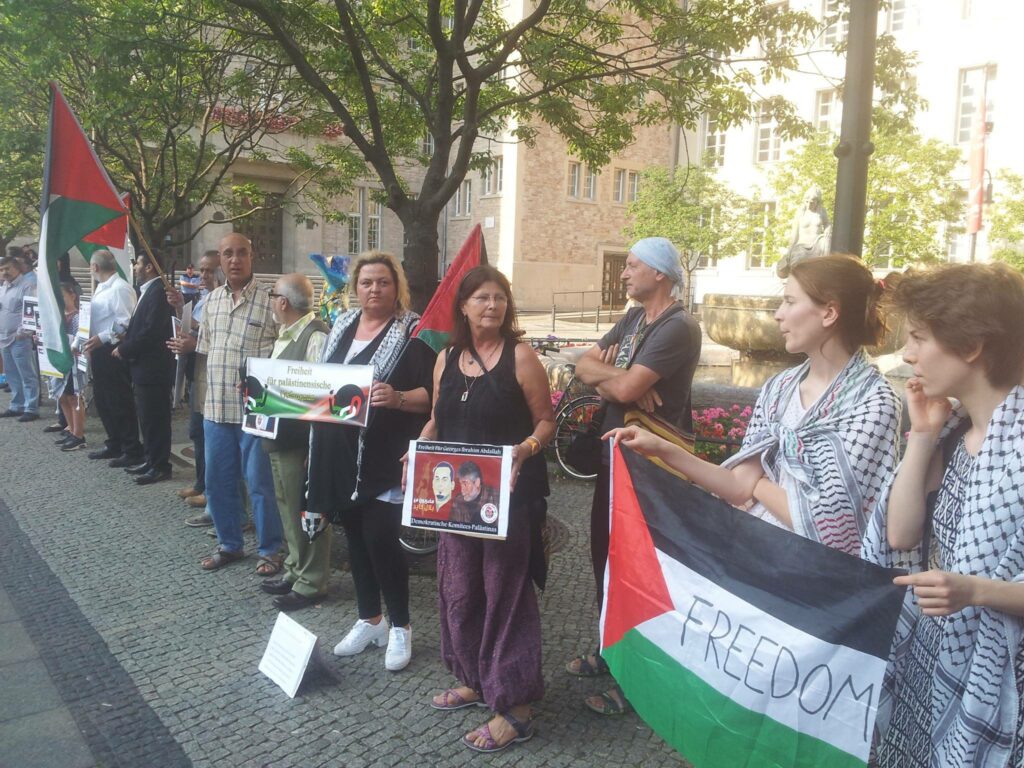 Protesters in Berlin, Germany demanded freedom for three Palestinian hunger strikers in a protest on Saturday, 10 September. Organized by the Palestinian National Action Committee in Berlin, demonstrators from Palestinian and solidarity organizations gathered outside the Neukoelln district hall in the city, holding signs and displaying banners calling for freedom for Malik al-Qadi, Mahmoud al-Balboul and Mohammed al-Balboul, and an end to the use of administrative detention, imprisonment without charge or trial. 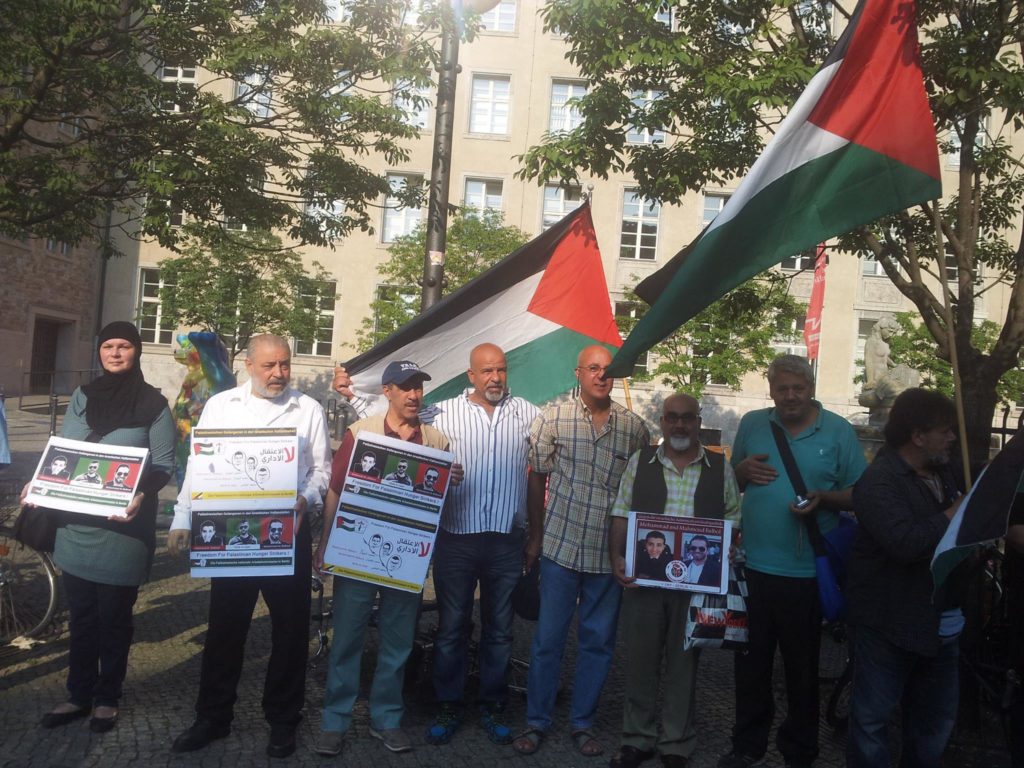 All three are in very critical health conditions following 60 and 70 days of hunger strike. The three young strikers have refused to end their strikes after “suspension” of their detention and are demanding their release from Israeli prison. They are among nearly 750 Palestinians held without charge or trial in Israeli prisons and 7000 total Palestinian prisoners. 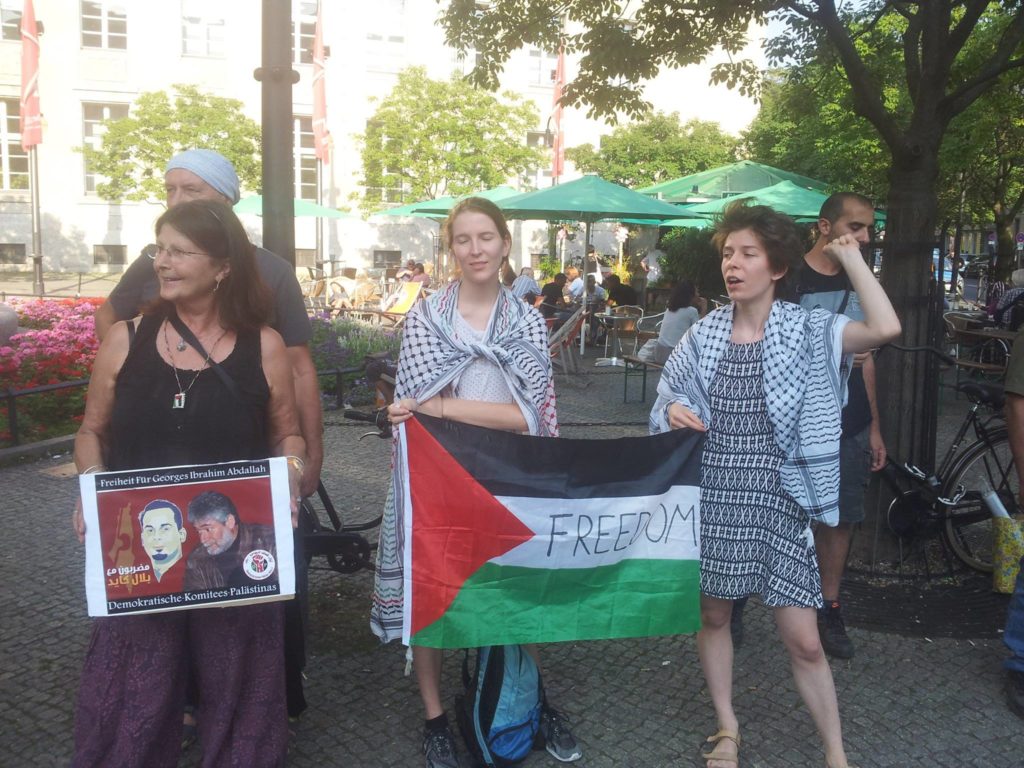 Protesters also carried signs highlighting the case of Georges Ibrahim Abdallah, Lebanese Communist struggler for Palestine imprisoned in French jails since 1984; an international week of action will focus on Abdallah’s case from 15-22 October. 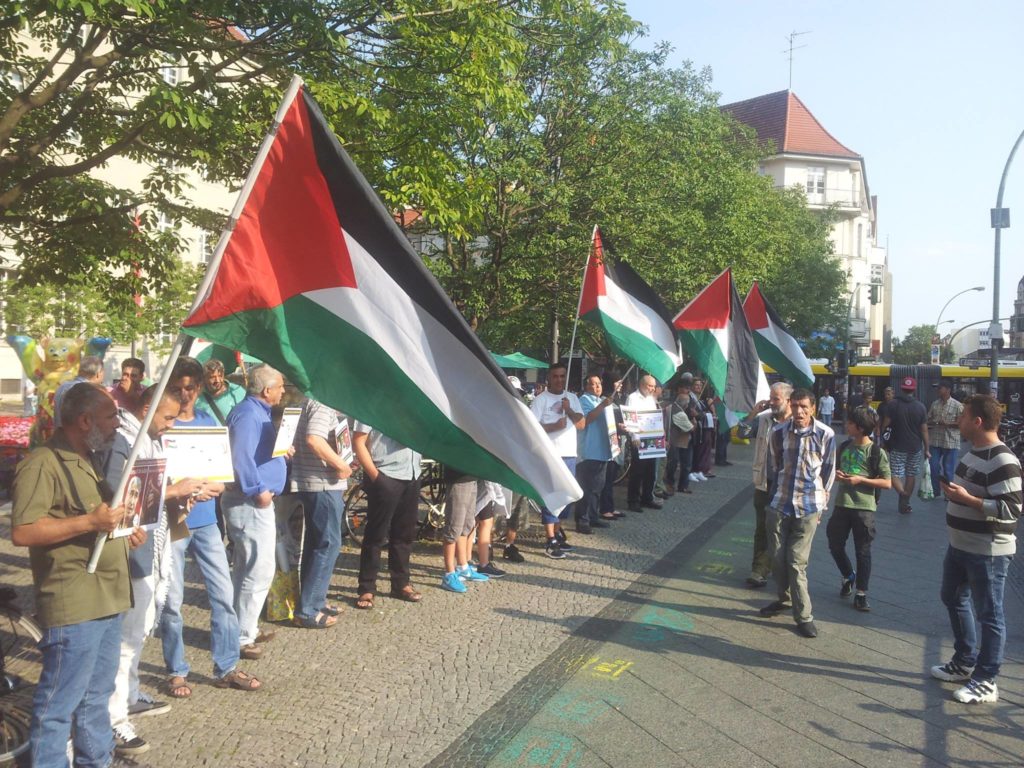 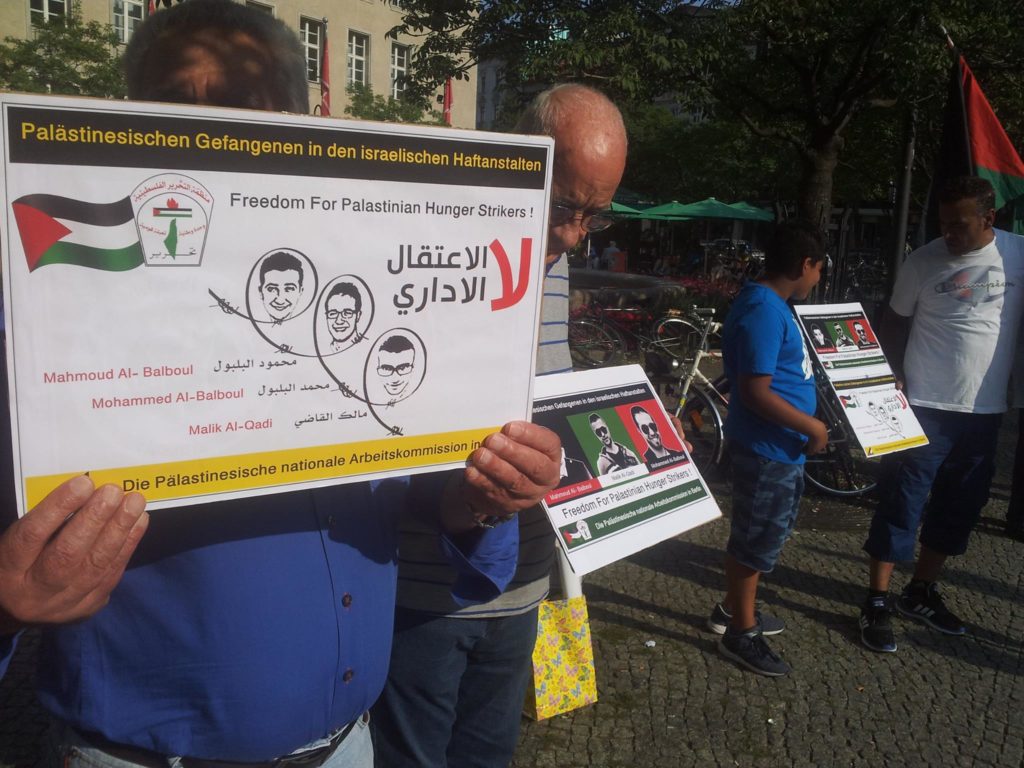 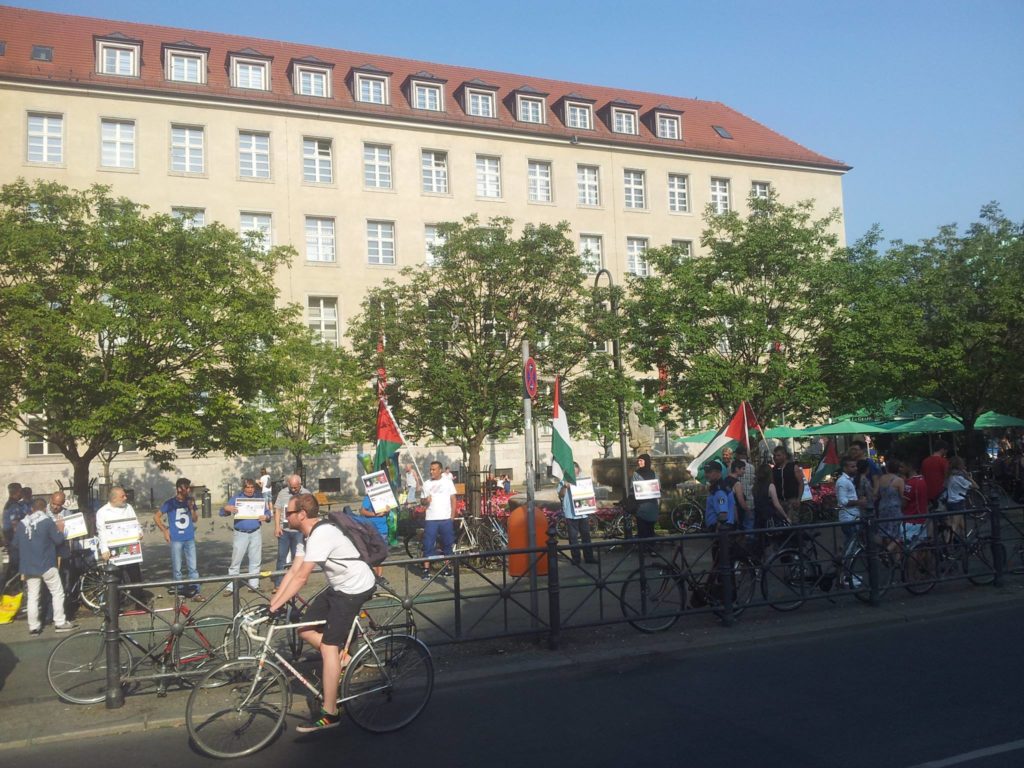