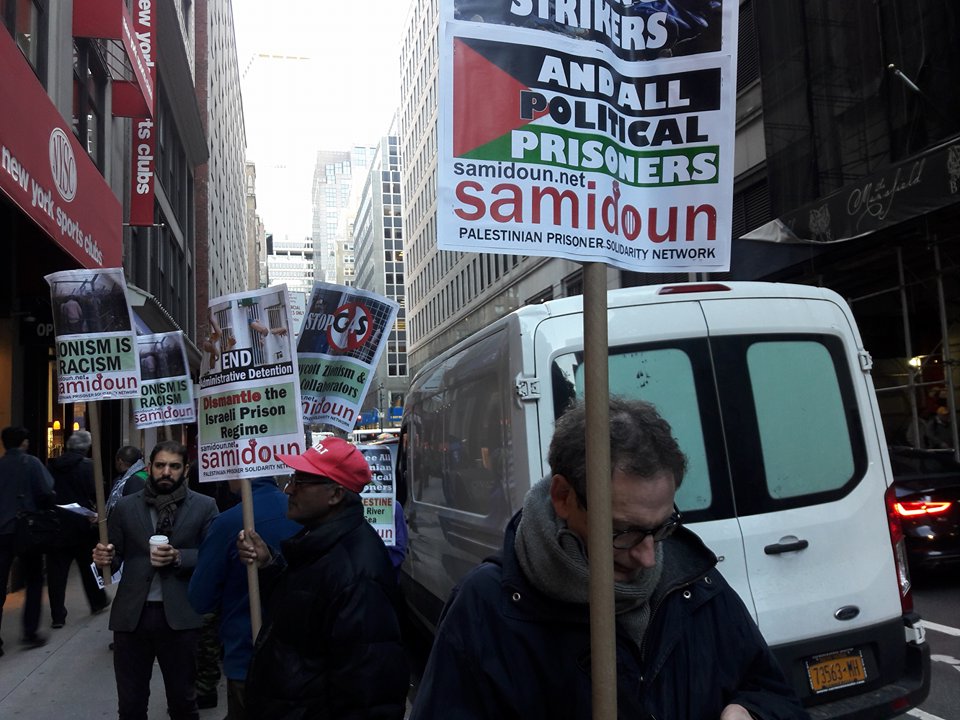 New York City activists protested outside the offices of private security corporation G4S on Friday, 28 October. Samidoun Palestinian Prisoner Solidarity Network is part of an international campaign to boycott G4S and demand it end its contracts with the Israel Prison Service as well as Israeli settlements, checkpoints and police training centers.

G4S is subject to a global call for boycott not only due to its profiting from the oppression and occupation of Palestinian people and land, but for its involvement in migrant detention and youth incarceration in the US, UK, Australia, Canada and elsewhere. The corporation is also implicated as a private security agency for the Dakota Access Pipeline threatening to tear through indigenous land and facing a blockade organized by the Standing Rock Sioux to protect the land and water from the destruction threatened by the pipeline. While G4S has pledged to exit “reputationally-damaging” businesses like its Israeli subsidiary after significant contract losses, Palestinian movements have urged the importance of continuing the campaign to boycott G4S. Samidoun holds weekly protests for Palestinian political prisoners on Fridays in New York City, which usually target the G4S offices. 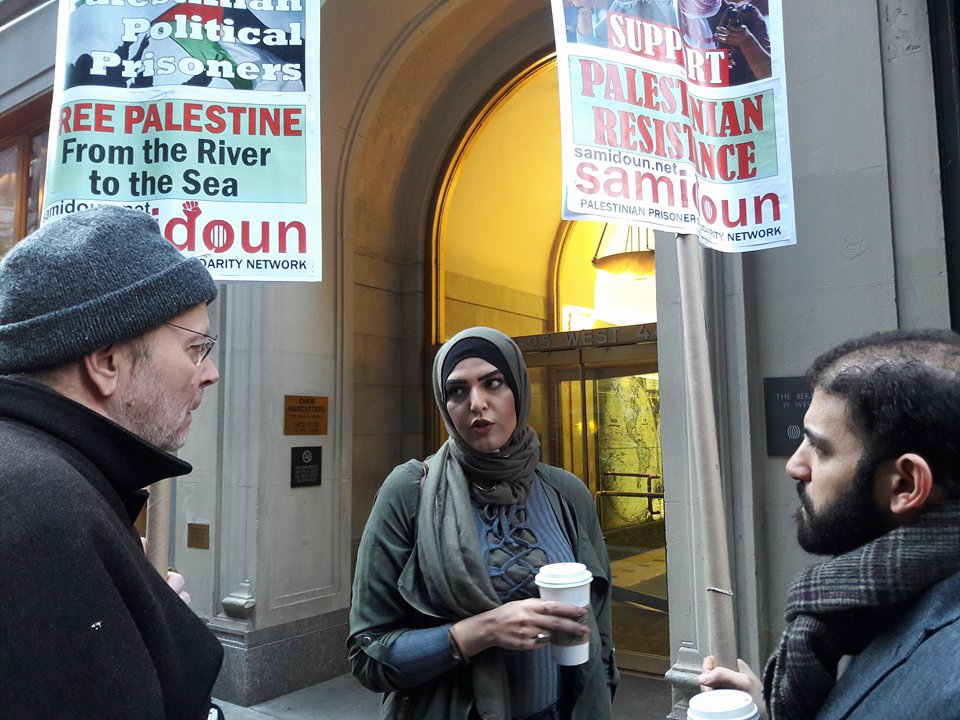 Participants chanted in support of Palestine and Palestinian prisoners, and distributed information to passers-by about Palestinian prisoners and the role of G4S. The demonstrators marched through the building’s central corridor – a designated public-access space under New York law – chanting against G4S’ role in Palestine. Despite the space’s status as open to public access by law, building security then locked the doors to the entry corridor and called police in an attempt to suppress the protesters.

The protest not only focused on the demand for G4S to get out of Palestine, but also on supporting Palestinian hunger strikers in Israeli jails. There are currently a total of eight prisoners refusing food; five of them against administrative detention, one against isolation, and two with a series of demands regarding prisoners’ treatment overall, especially women prisoners. Ahmad Abu Fara and Anas Shadid, held without charge or trial under administrative detention alongside over 700 fellow Palestinians, have been on hunger strike for 35 days for their freedom, while Majd Abu Shamla and Hasan Rubayah, similarly imprisoned without charge or trial, have been on strike for 25 days against their detention. Earlier this week, Musab Manasrah began striking in protest of his own administrative detention, while Yousef Abu Saeed began refusing food against his solitary confinement. Both Abu Fara and Shadid are held in isolation near the Ramle prison clinic; while Abu Shamla and Rubayah had been held in isolation in the Negev desert prison, Abu Shamla was suddenly transferred to isolation in Ashkelon prison despite his precarious health condition on Thursday. 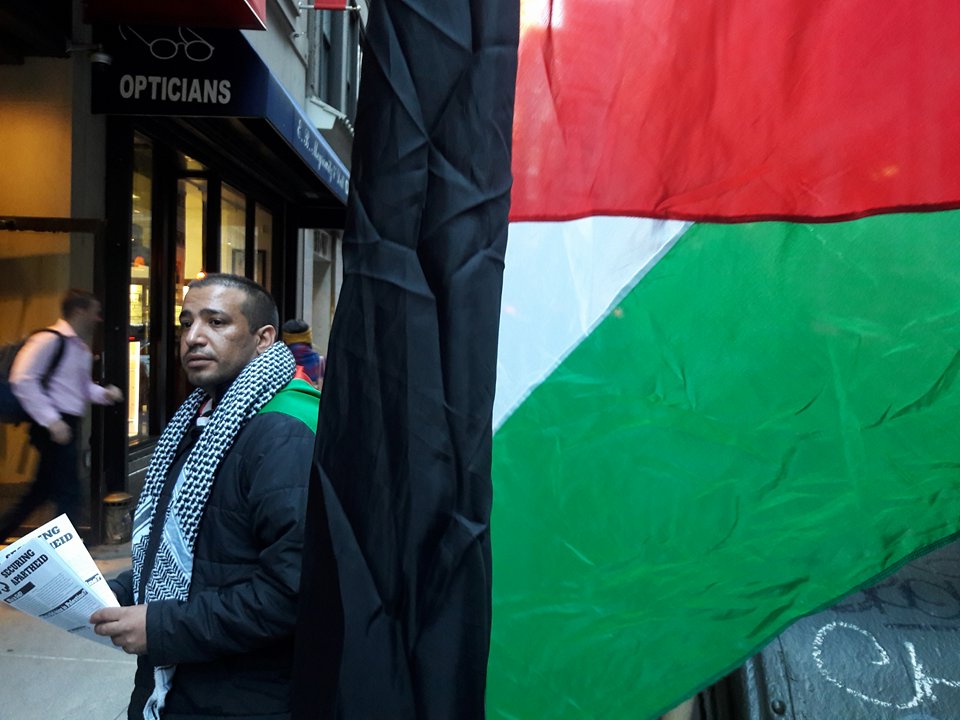 Five days ago, former long-term hunger striker Samer Issawi and Munther Snobar, both of whom are serving lengthy prison sentences, began a hunger strike demanding the transfer of all prisoners to locations near the military courts – cutting out the dreaded “bosta” rides notorious for their physical and psychological difficulty. This particularly focuses on the situation of women held in Damon prison, who face lengthy trips of hours or even days for every court hearing. They are also demanding proper medical treatment for sick prisoners and an end to medical neglect, as well as access to family visits for Palestinian prisoners. Issawi became internationally well-known during his earlier strike and garnered his release; he was later re-arrested and had his prior sentence reimposed in the 2014 repressive campaign waged against prisoners released in the 2011 Wafa al-Ahrar exchange. 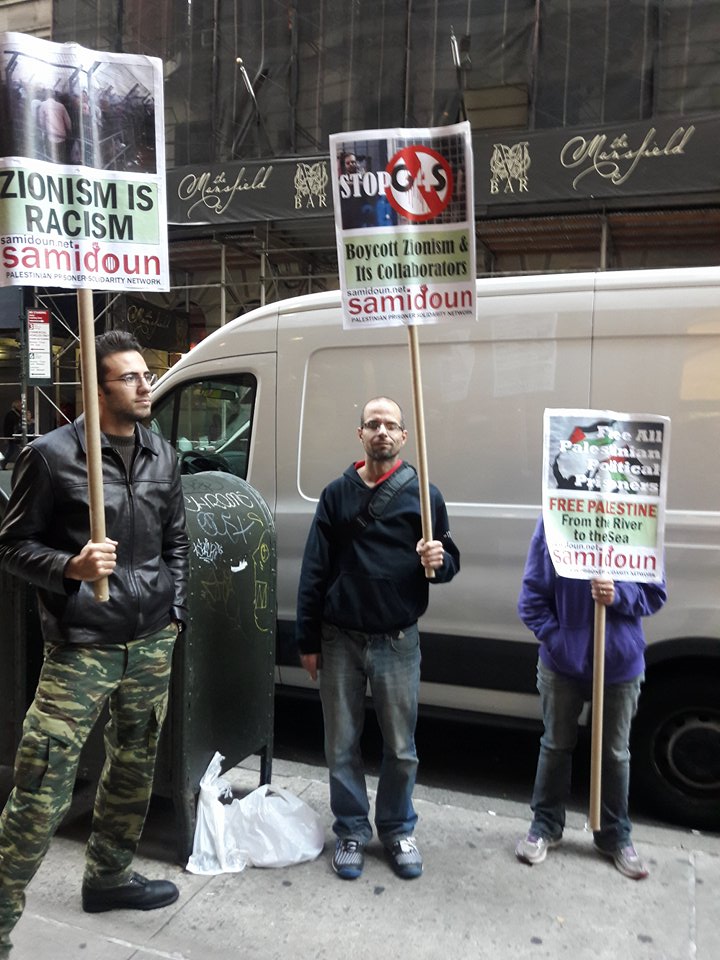 Protests are also growing in Palestine in solidarity with the hunger strikers, especially with growing demonstrations in al-Khalil and Jenin, the home areas of Abu Fara, Shadid, Abu Shamla and Rubayah.