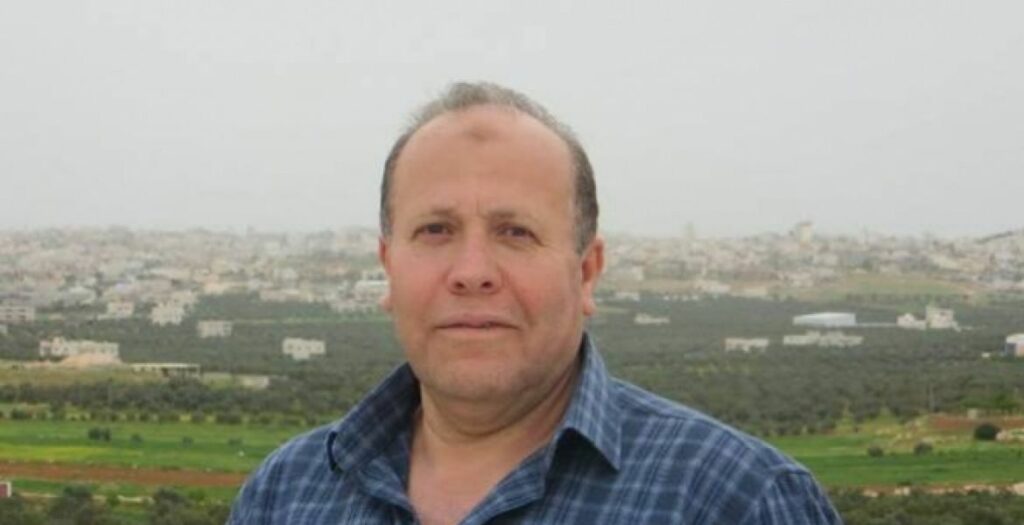 Dr. Imad Barghouthi, professor at Al-Quds University in Abu Dis, was sentenced to seven months in Israeli prison at the Ofer military court on Sunday, 9 October. Barghouthi was sentenced on charges of “incitement” for posting about Palestinian politics and occupation on Facebook and social media.

His imprisonment will be calculated from the date of his arrest in April, meaning that he will be released in November. He was originally arrested on 24 April by Israeli occupation forces at a checkpoint near Nabi Saleh as he traveled to his hometown of Beit Rima. He was originally ordered to administrative detention without charge or trial; he had been held once before in administrative detention in December 2014, arrested by occupation forces as he traveled to an academic conference in the United Arab Emirates.

After an outcry by hundreds of scientists and academics around the world protesting the arbitrary detention of Barghouthi, whose work in astrophysics is world-renowned, his administrative detention was ordered ended on 26 May, with his release to follow on 29 May. Instead of being released, however, Barghouthi was transferred to the military courts, where he was accused of “incitement” for posting on social media. In fact, the number of “likes” and “shares” his Facebook posts received were entered as “evidence” of these charges.

The case has dragged on for months and has been repeatedly continued.

Barghouthi will also be fined 2,000 NIS (approx. $500 USD). After her father’s arrest, Duha Barghouthi, Imad’s daughter – who graduated high school during his imprisonment -said, “My father is a man who loves his country and he has paid a price for that. He rejected job offers from several countries around the world in order to stay in Palestine and work to raise up his nation through science and education of the youth. It is this love of country that fills his soul.”

Barghouthi’s case is one of the more prominent among hundreds of cases of Palestinians targeted for arrest and persecution for posting on social media, especially Facebook, alongside the cases of journalist Samah Dweik, stylist Majd Atwan and poet Dareen Tatour.