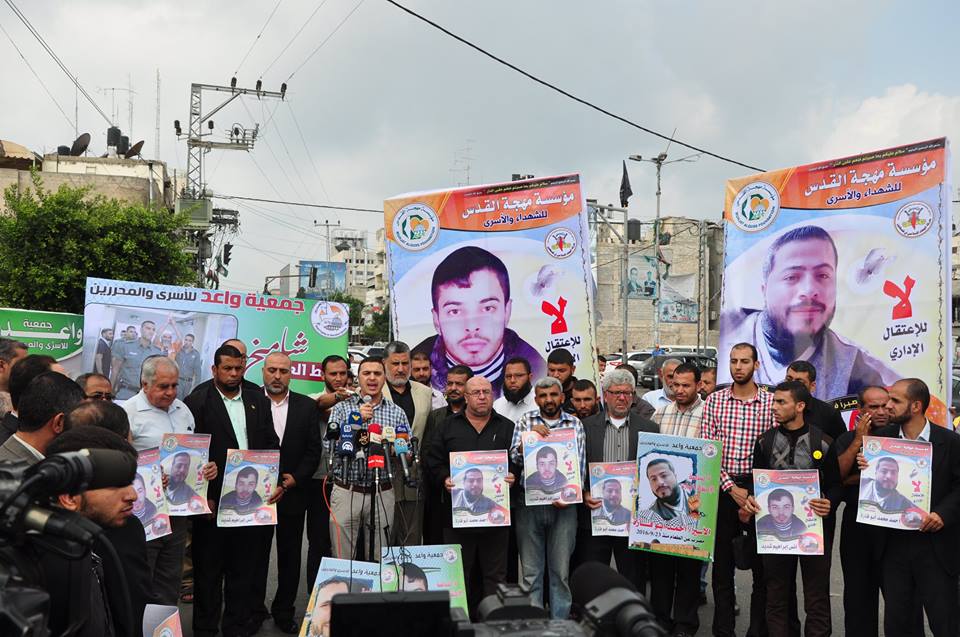 Majd Abu Shamla and Hasan Rubayah, who had been on hunger strike for 30 days, and Musab Manasra, who had refused food for 10 days, ended their strikes after an agreement with the Israeli prison administration, which committed to non-renewal of their administrative detention upon the expiration of their current detention period. Issa Qaraqe of the Prisoners Affairs Commission called the agreement a “new victory achieved by Palestinian detainees in their fight for freedom and struggle against the administrative detention policy.”

Abu Fara, Shadid and Salatna are all on hunger strike in protest of their administrative detention, imprisonment without charge or trial on the basis of so-called secret evidence. Issawi, the former long-term hunger striker, and Snobar are on strike for a series of collective demands related to the conditions of the prisoners, in particular those who are located very far from the military courts, including the women prisoners in Damon prison; those denied proper medical care; and those denied family visits.

Abu Fara, 29, and Shadid, 19, were moved from isolation in the Ramle prison to the Assaf Harofe hospital on 1 November after over a full month of consuming only water and witnessing serious deterioration in their health conditions, including vomiting blood, dizziness, sharp pain and inability to move without a wheelchair. A hearing on Abu Fara’s administrative detention had been scheduled for 1 November but was continued to 9 November considering the severity of his health condition.

Events and actions are continuing throughout occupied Palestine in support of the hunger strikers’ battle for justice. Two events in Gaza City focused on support for the hunger strikers, demanding action and attention for their struggle. Palestinian women protested in Gaza, noting the demand of Issawi and Snobar for the movement of women prisoners to a location that is not so distant from the military courts; the “bosta” transport system is physically dangerous and abusive. Protests and actions have continued in Ramallah, Dura, Surif, al-Khalil and elsewhere in Palestine.

Samidoun is protesting in New York City today, Friday 4 November, outside the offices of G4S, the global security corporation that provides security systems and equipment to the Israeli prison service, and is subject to a global campaign for boycott, in support of the hunger strikers and their demand for an end to administrative detention.

Samidoun salutes the hunger strikers who ended their strikes on the occasion of their victory and urges escalated international support and action for the five striking Palestinian prisoners, and all 7,000 Palestinian political prisoners in Israeli jails struggling for liberation and justice.