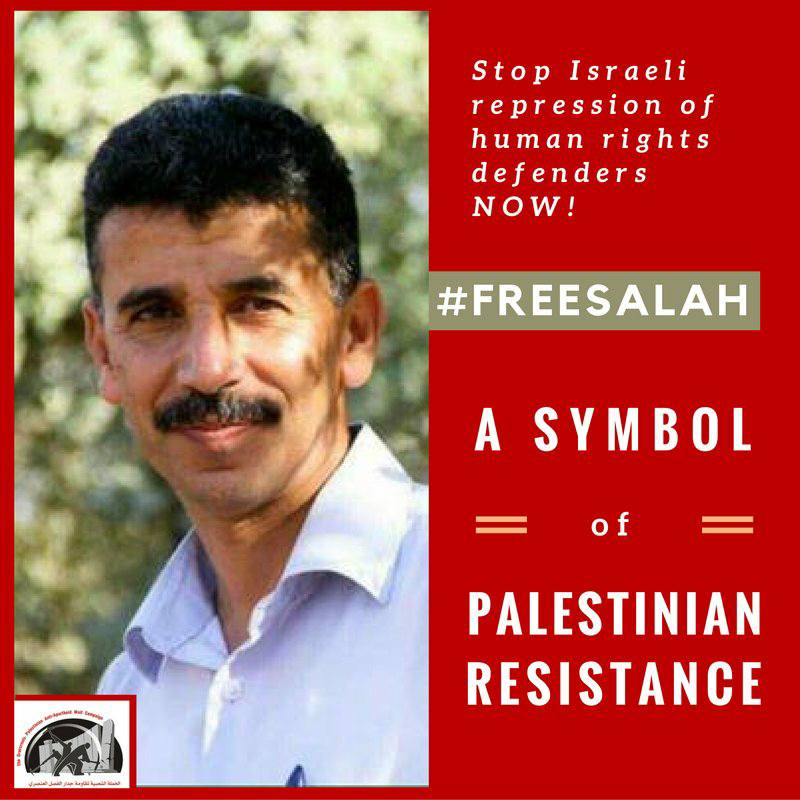 Palestinian grassroots activist Salah Khawaja, the Secretary of the Boycott, Divestment and Sanctions National Committee (BNC) in Palestine, once again was ordered to eight days in interrogation on Wednesday, 16 November. Khawaja, 45 and a leader of the Palestinian Grassroots Anti-Apartheid Wall Campaign (Stop the Wall), was seized from his home in a violent raid by Israeli occupation military forces on 26 October. He had been denied access to a lawyer for 20 days and was only allowed to peak to a lawyer for the first time on 16 November at the Petah Tikva military court.

2. Participate in the Stop the Wall action and send the sample letter to your government officials to demand they speak up about the case of Salah Khawaja and other human rights defenders. http://stopthewall.org/2016/11/11/freesalah-send-message-your-governments-now

3. Demand your country’s officials speak up and end the silence and complicity in the detention of Salah Khawaja and other Palestinian human rights defenders, and over 7,000 Palestinian political prisoners. Call your foreign affairs officials – and members of parliament – and urge action on this case.