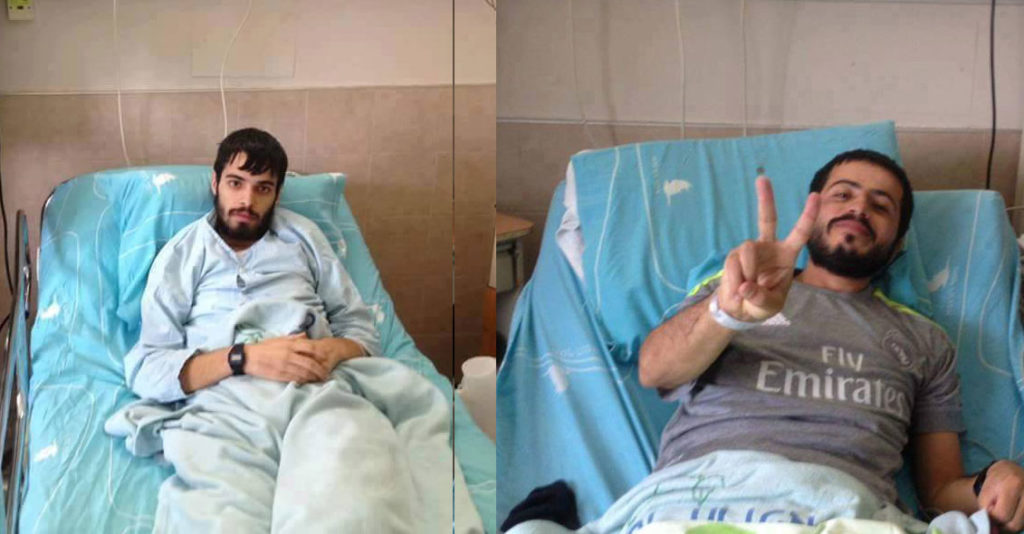 Two Palestinian prisoners, Ahmad Abu Fara and Anas Shadid, are on their 57th day of hunger strike against their imprisonment without charge or trial under Israeli administrative detention. On Friday, 18 November, the Israeli Supreme Court ordered their administrative detention “suspended” due to their desperate health conditions; both are held in Assaf Harofeh hospital. Like previous hunger strikers, they refused to end their strike based on this “suspension,” as it has been shown that the Israeli interpretation of this action is merely to re-impose their administrative detention once their medical situation improves. While their detention is suspended, they will not be shackled to the bed and may receive visitors. However, the detention order itself remains in place.

Abu Fara, 29, and Shadid, 19, have been on hunger strike since 25 September. Both have been imprisoned without charge or trial since 1 and 2 August, respectively, and are on strike to demand their release. They are suffering from severe weight loss, headaches, inability to walk or move, dizziness, inability to speak and blurred vision. They have now been placed in one room and are continuing to refuse food or medical nutrition.

Meanwhile, three brothers, Nour el-Din, Abdel-Salam and Nidal Amer, are continuing their hunger strike for 17 days against the isolation of Nour el-Din, who has been held in solitary confinement for years. Sheikh Raed Salah, the imprisoned head of the northern Islamic Movement in Palestine ’48, ended his hunger strike after five days on Thursday evening, 17 November, following an appeal by the Higher Follow-Up Committee of Palestinian Arab organizations in Palestine ’48, who declared that Salah’s strike had thrown a light on the ongoing issue of his isolation and solitary confinement; he is serving a nine-month sentence for “incitement.”