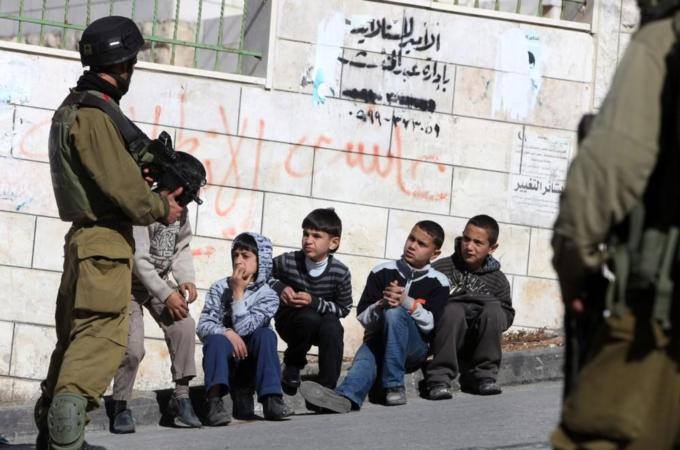 Palestinian children right to childhood, to proper education, health and wellbeing, cannot be fulfilled in a system of occupation and racial segregation. They are also exposed to dangers of killing, injury and violence by the Israeli army and by vigilante settler groups and individuals.

In particular, Palestinian children are subjected to detention and torture by Israeli army and police forces, and are often sentenced to long arrest periods through the dubious system of Israeli military courts. This has longstanding effects on the physical and mental health of these children. In the last months those numbers have risen dramatically to an average of 400 imprisoned children.

In the last edition of Café Palestine for 2016 we will welcome Advocate Khaled Quzmar, the general director of Defense for Children International (DCI) – Palestine, to discuss how the occupation affects Palestinian children, their rights and their well-being.

DCI-Palestine provides legal aid to detained and imprisoned children and advocates to protect their rights. During the last years the organization launched educational programs in schools aimed to raise the awareness of children to their legal rights, to inform them on the methods that Israeli authorities use to force children to sign on false confessions, and to strengthen their resilience if detained. Khaled Quzmar joined DCI-Palestine in 1995 as a lawyer representing Palestinian children in Israeli military courts, and became the director of the organization in 2014.