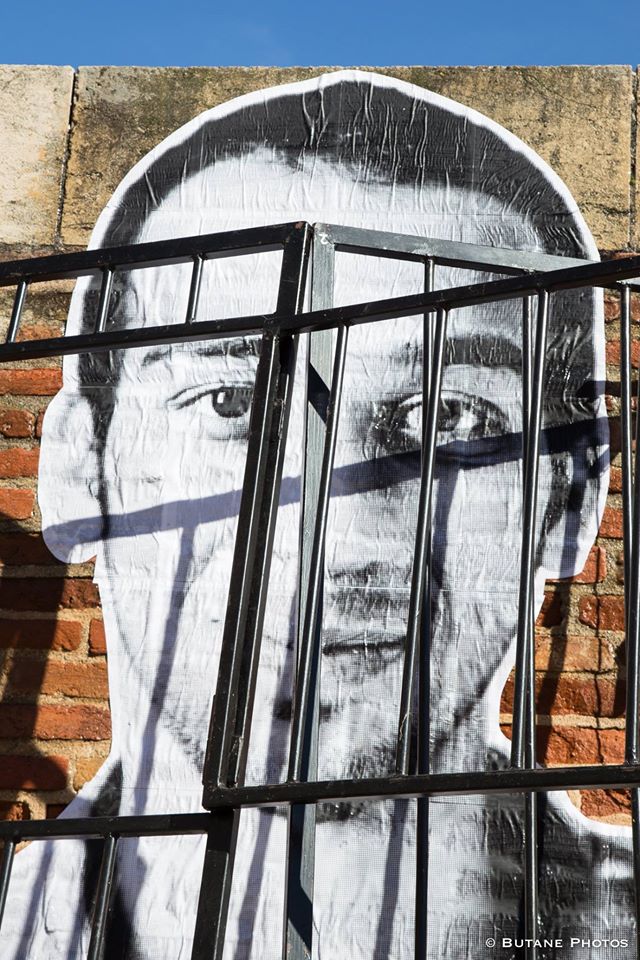 Palestinian circus trainer Mohammed Abu Sakha, 25, is approaching the one-year anniversary of his imprisonment in Israeli jails without charge or trial. Held under administrative detention since 14 December 2015 when he was seized by occupation forces as he traveled to work in Bir Zeit, he appealed his imprisonment to the Israeli Supreme Court after it was renewed arbitrarily in June 2016.

Addameer Prisoner Support and Human Rights Association lawyer Mahmoud Hassan represented Abu Sakha in a public hearing before the Supreme Court on 5 December, only to withdraw the petition after the court stated that the “secret file” – which has reportedly not been updated since December 2015 – indicates that Abu Sakha “poses a threat to the security of the state.”

Abu Sakha’s case has drawn widespread international attention and support; his work with the Palestinian Circus School is well-known around the world and he has participated in multiple tours along with the children with whom he works. He has been part of the Circus School since 2007. is six-month detention order was renewed in June for an additional six months, and will expire on 12 December. Abu Sakha’s case has drawn solidarity and support, not only from Palestinian communities and solidarity organizers, but also from Amnesty International as well as circus artists and performers in the UK, Belgium, Spain, Uruguay, Portugal, France, Germany, Chile, the United States and elsewhere.

He is held under administrative detention among over 700 fellow Palestinian prisoners. Among others, three members of the Palestinian Legislative Council, Hassan Yousef, 60, Mohammed Natsheh, 59, and Azzam Salhab, 62, are also held in administrative detention; three more PLC members, Popular Front for the Liberation of Palestine General Secretary Ahmad Sa’adat, Fateh leader Marwan Barghouthi, and detained deputy Mohammed Abu Teir from Jerusalem, are imprisoned as well. Salhab was recently ordered to six months in administrative detention without charge or trial after his home in Al-Khalil was violently stormed by occupation forces on 28 November.

Administrative detention orders are issued for periods of one to six months on the basis of so-called secret evidence, to which Palestinian detainees and their lawyers are denied access. They are indefinitely renewable, and some Palestinians spend years at a time held without charge or trial in administrative detention. Abu Sakha’s detention is currently scheduled to end on 12 December, but he is threatened with the renewal of his imprisonment without charge.