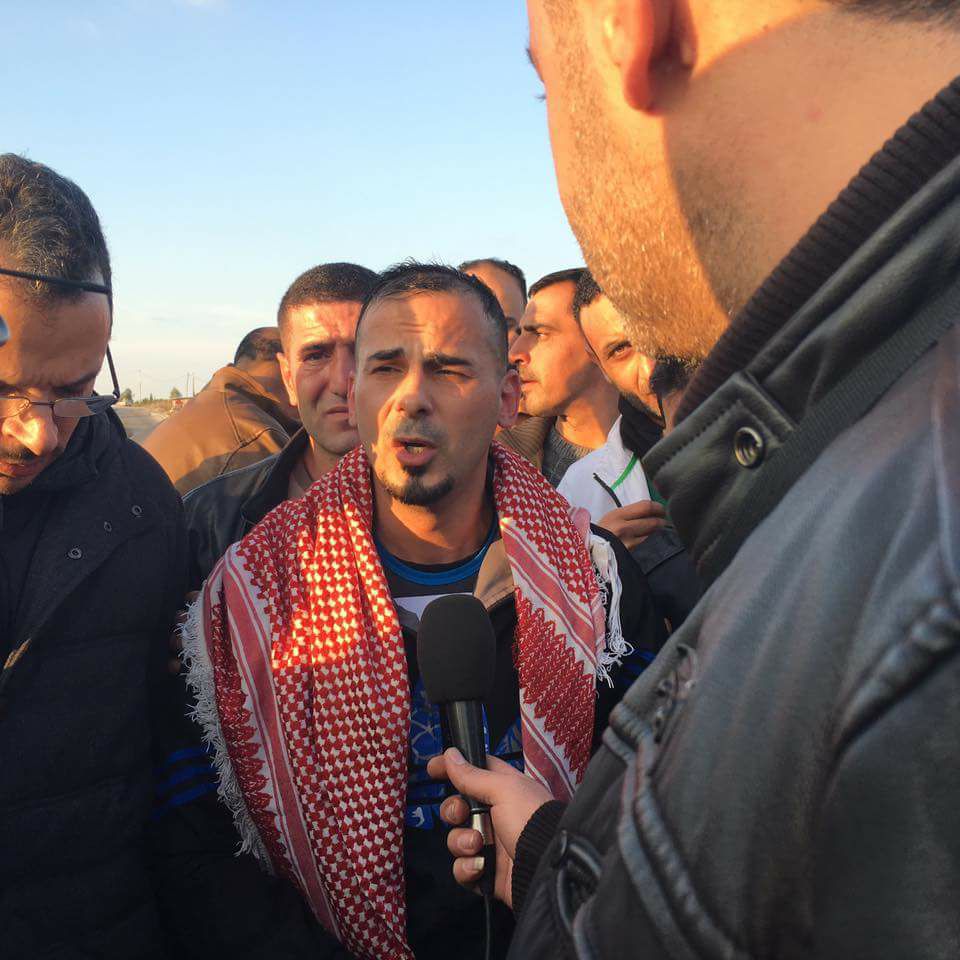 Palestinian prominent former hunger striker and leader of the prisoners’ movement Bilal Kayed was released today, Monday, 12 December, after 15 years in Israeli prisons to the cheers and salutes of his family, friends and comrades in his home village of Asira al-Shamaliyeh, throughout Palestine and internationally.

Kayed, 35, conducted a 71-day hunger strike in June-August 2016 after he was suddenly ordered to administrative detention after completing his 14.5-year sentence in Israeli prison. He had been seized by Israeli occupation forces in December 2001 and imprisoned for participating in the Palestinian resistance in the second Intifada as a member of the Popular Front for the Liberation of Palestine. Inside the prison, he developed into a leader of the prisoners’ struggle. He played a leading role in organizing collective hunger strikes and other protests, and was elected to coordinate with representatives of other Palestinian political movements in collective strikes like the 2012 Karameh hunger strike. 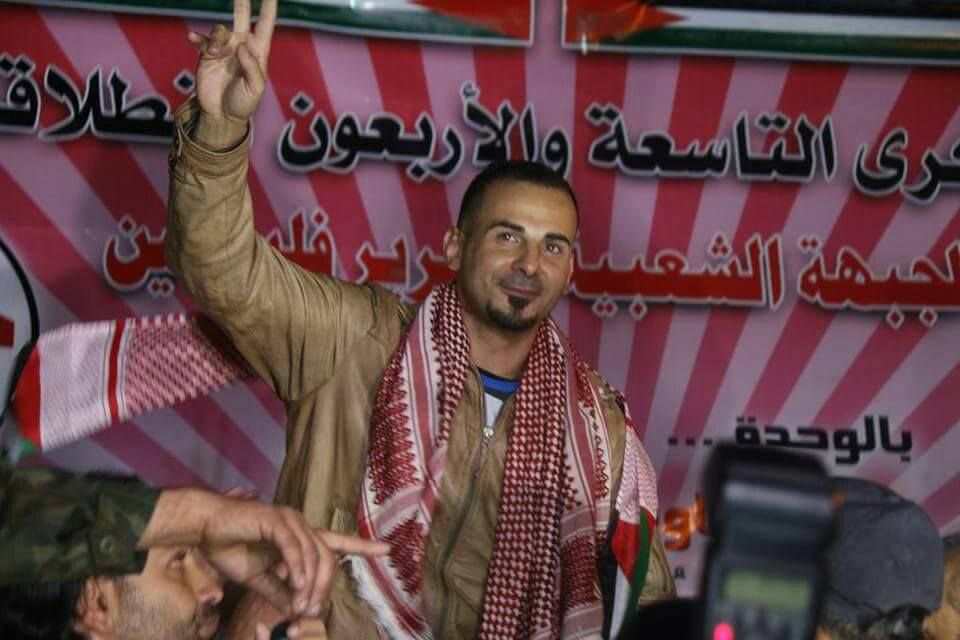 Upon his scheduled release date on 13 June, instead of being released to his friends and family who were waiting for him at an Israeli occupation military checkpoint, he was suddenly ordered to administrative detention, imprisonment without charge or trial. He launched his hunger strike to demand his release. His strike found support from hundreds of fellow Palestinian prisoners across factional lines inside Israeli prisons.

Kayed became an internationally-known figure during his hunger strike as dozens of cities around the world held events and rallies for his release and thousands of supporters signed petitions and wrote letters demanding his freedom. Samidoun Palestinian Prisoner Solidarity Network coordinated numerous events around the world to demand Kayed’s release, including a delegation of European lawyers and parliamentarians who traveled to Palestine to support his strike. Dozens of events in Ireland – including a mural on Belfast’s famous International Wall – demanded his release, while the city of Naples in Italy named Kayed an honorary citizen. 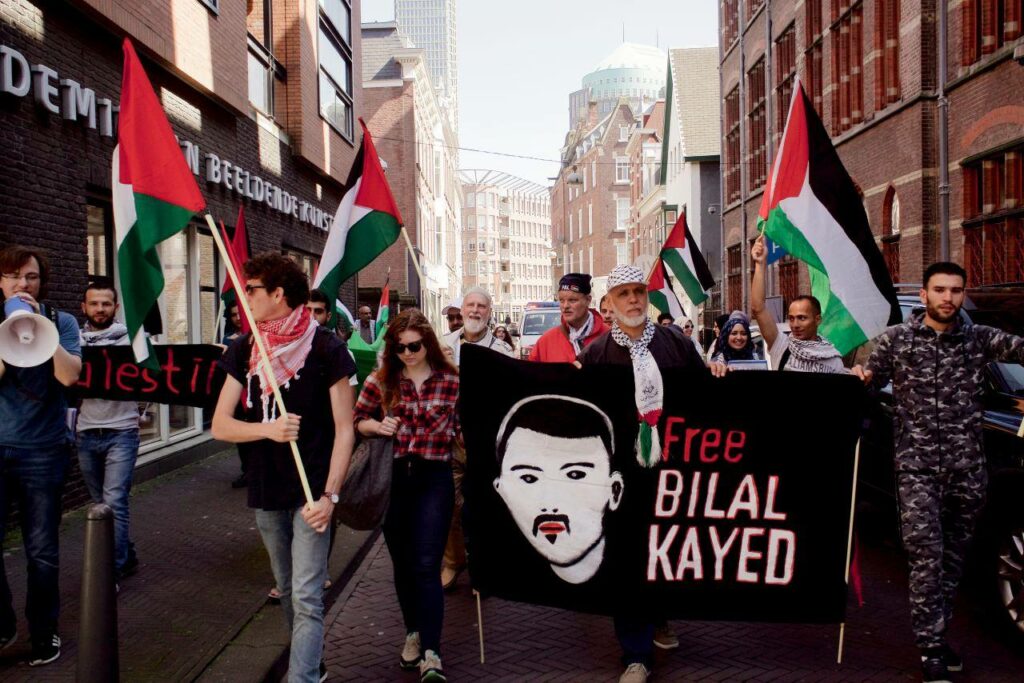 A large demonstration also marked the occasion today in Gaza City, outside the offices of the International Committee of the Red Cross, celebrating Kayed’s release and the 49th anniversary of the founding of his party, the leftist Popular Front for the Liberation of Palestine, and demanding the release of all Palestinian political prisoners. 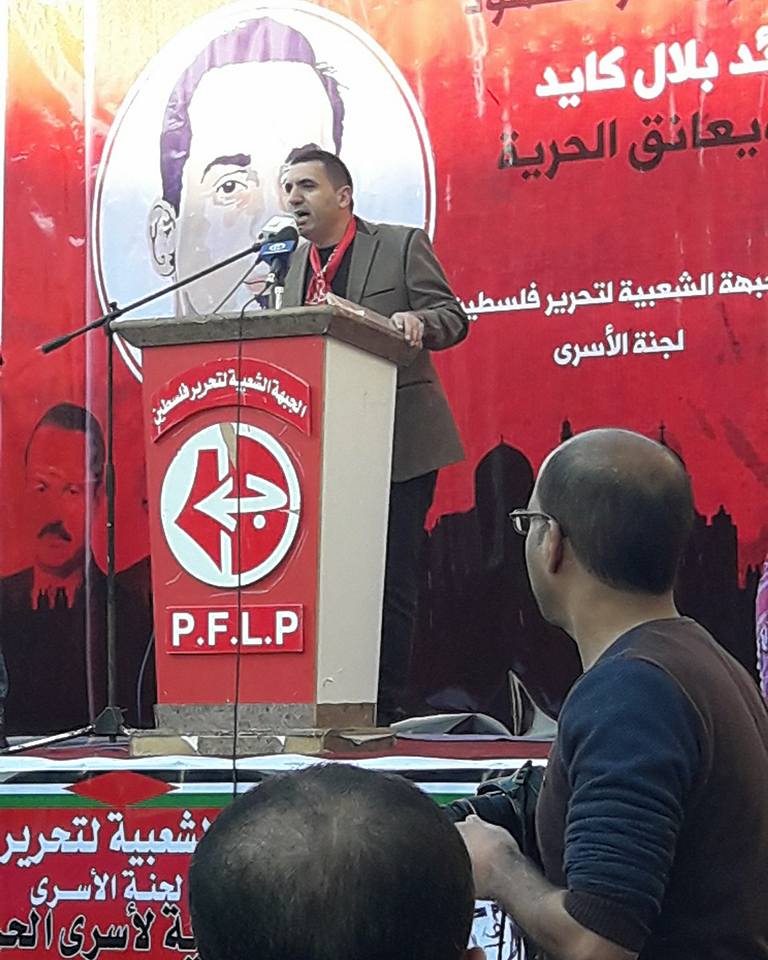 Samidoun Palestinian Prisoner Solidarity Network salutes Bilal Kayed on the occasion of his release. A symbol of the struggle for freedom and the prisoners’ movement, his release after his lengthy hunger strike marks a victory for his steadfastness and that of his fellow prisoners. On this occasion, we also salute all of the thousands in Palestine and around the world who joined in the struggle for Bilal’s release with legal efforts, international advocacy, grassroots organizing and mass actions. The freedom of Bilal Kayed is part of the struggle for the freedom of all 7,000 Palestinian political prisoners and the freedom of Palestine and its people.