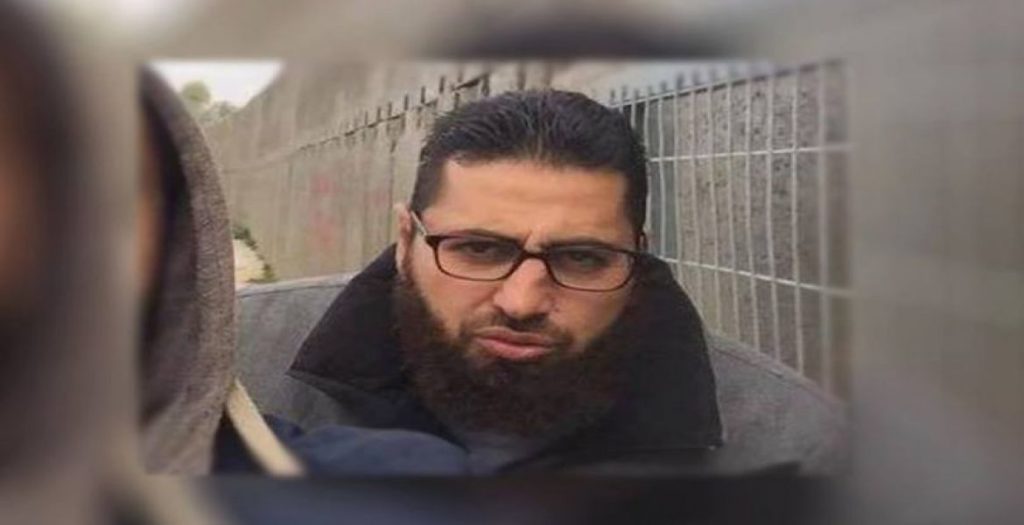 Re-arrested former prisoner Nayef Radwan is appealing the reimposition of his former sentence – two life sentence plus 30 years – by an Israeli military court on the basis of secret evidence, reported Asra Voice.

Radwan attended a scheduled hearing at Ofer military court on 26 December; the hearing was considering an appeal by the occupation military prosecution against his release on bail in 2014. Radwan was released in the Wafa al-Ahrar prisoner exchange in 2011 alongside over 1,000 fellow prisoners after 16 years in Israeli prison. He was re-arrested alongside dozens of released prisoners in 2014 but released on bail less than a month later.

Israeli military orders allow the reimposition of former sentences on prisoners released in an exchange on the basis of secret evidence and without specific charges. Allegations have included associating with members of a prohibited organization, including most major Palestinian political parties. Radwan is among 57 former prisoners currently imprisoned with their sentences reimposed or pending hearings.