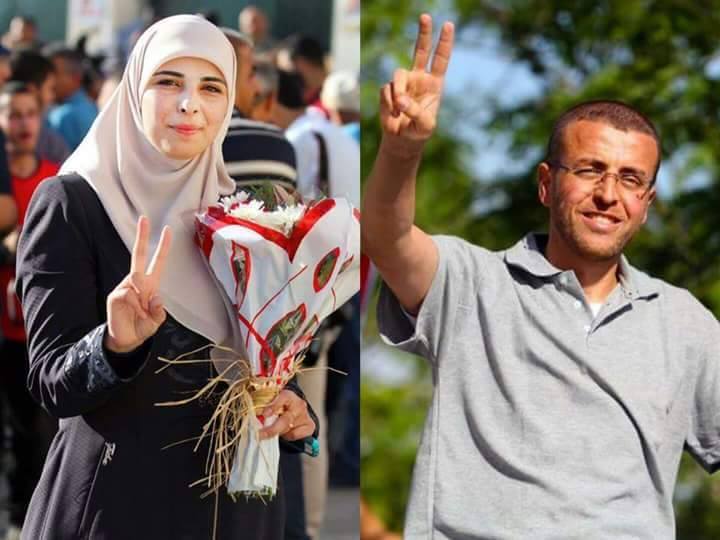 Imprisoned Palestinian journalist and former long-term hunger striker Mohammed al-Qeeq will be brought before the Ofer military court today, 26 January, and may be ordered to administrative detention without charge or trial. Fayha Shalash, fellow journalist and al-Qeeq’s wife, said that the Israeli military court ordered his arrest extended for 72 hours on Monday, 23 January.

Shalash said to Wattan TV that occupation authorities have not garnered any confessions or charges against al-Qeeq since they seized him on 15 January as he returned from a protest in Bethlehem demanding the release of the detained bodies of Palestinians killed by Israeli forces. She emphasized that he will begin a hunger strike if he is ordered again to administrative detention.

Shalash herself was ordered to interrogation by Israeli intelligence on Wednesday, 25 January after al-Qeeq’s family home in al-Khalil and their apartment in Ramallah were raided by occupation forces in a pre-dawn attacks ransacking the home and subjecting Shalash to a strip search. Al-Qeeq was transferred yesterday to the Petah Tikva interrogation center.