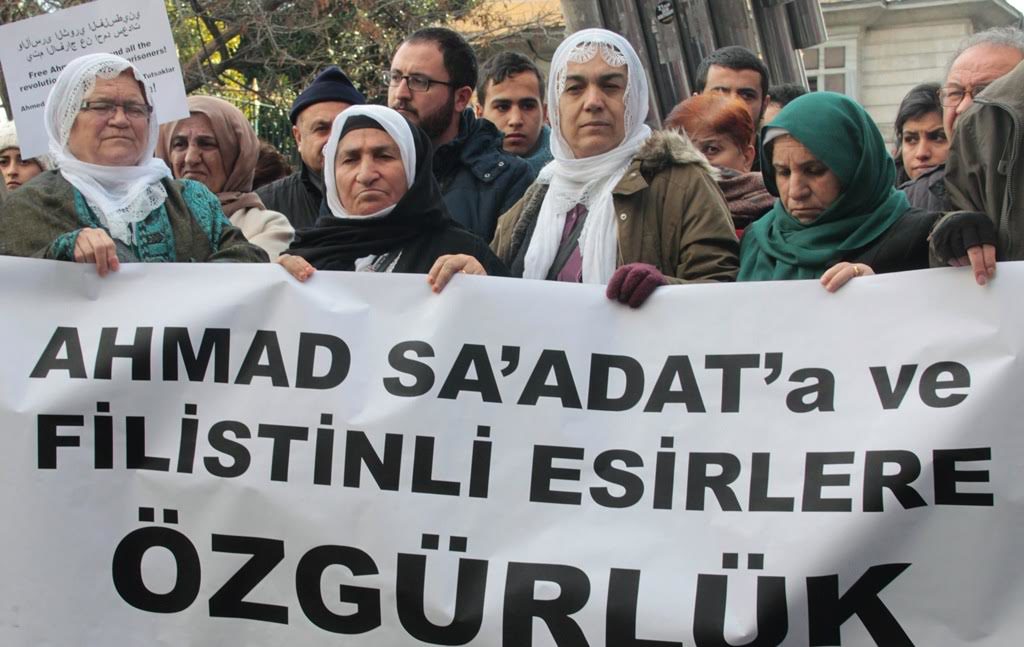 A demonstration was organized in Istanbul, Turkey on Saturday, 14 January in solidarity with imprisoned PFLP General Secretary and Palestinian leader Ahmad Sa’adat and his fellow Palestinian prisoners in Israeli jails at Galatasaray Square, as part of the International Days of Action on 13-15 January. 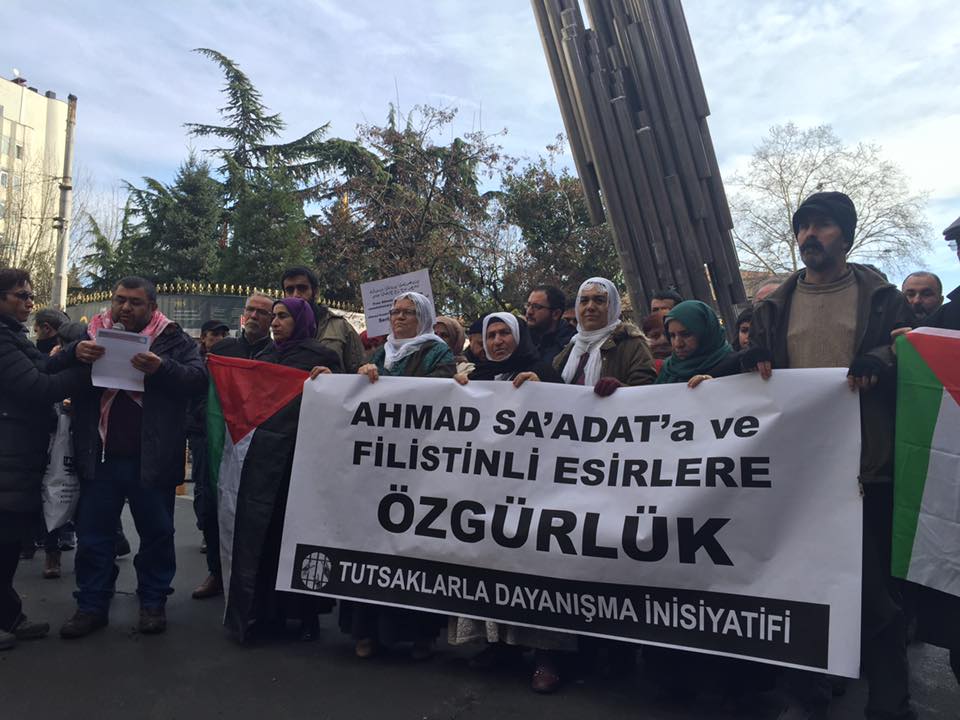 The event was organized by Tutsaklarla Dayanisma Inisiyatifi, the Solidarity Initiative with the Prisoners. The event came as part of international days of action in support of Sa’adat and Palestinian prisoners, on the 15th anniversary of his arrest by the Palestinian Authority. Today, Sa’adat is serving a 30-year sentence in Israeli prisons. 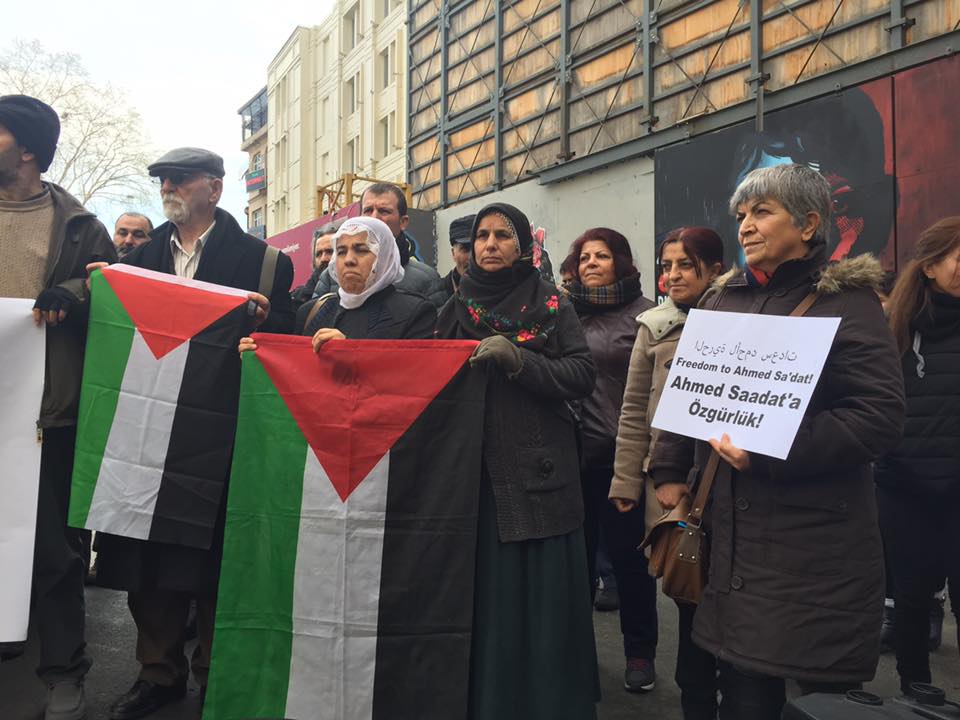 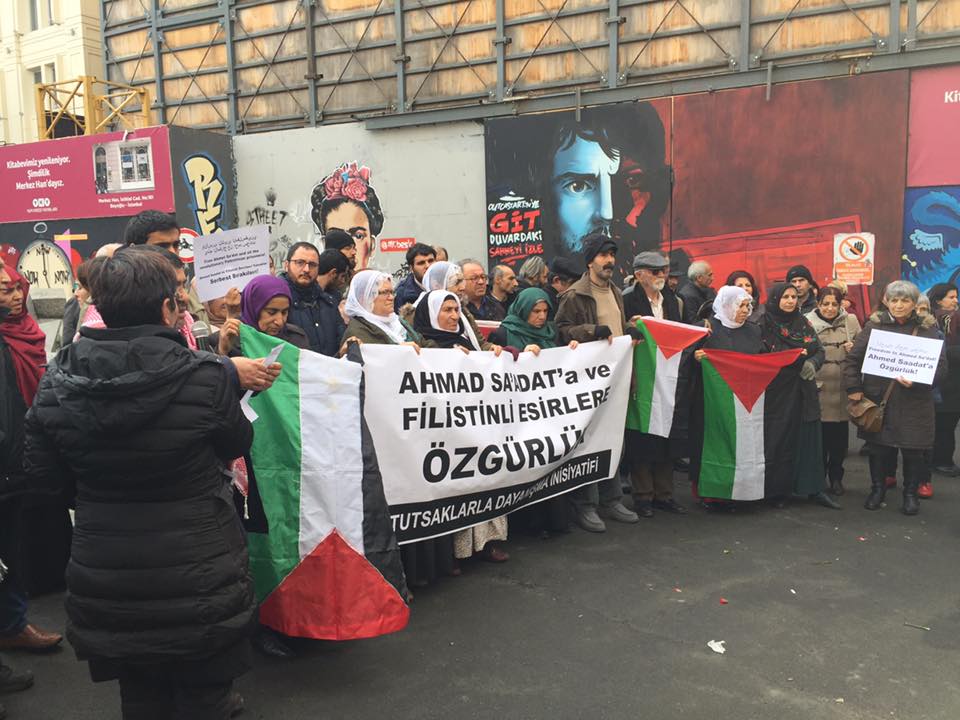 They carried Palestinian flags and signs calling for freedom for Palestinian leader Ahmad Sa’adat. “The fact that Ahmad Sa’adat was arrested by the Palestinian Authority and the participation of multiple parties in his arrest and the kidnapping from Jericho only proves that Palestinians are not only fighting occupation but that multiple forces are aligned and complicit in their oppression,” said Nicola Saafin of Samidoun Palestinian Prisoner Solidarity Network. 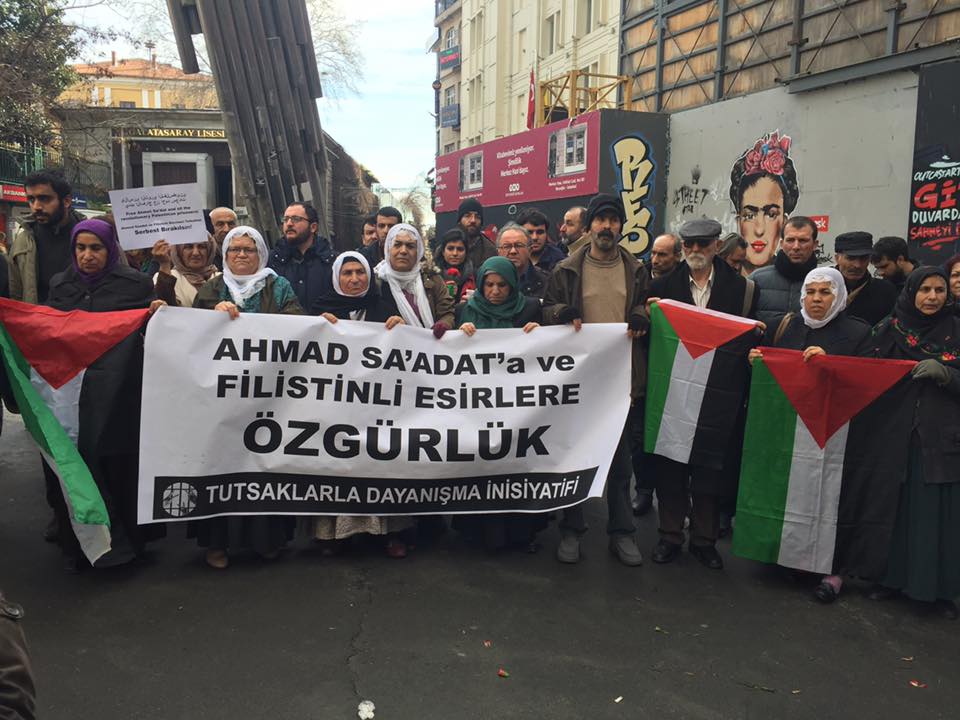 Ali Dogan spoke on behalf of the Solidarity Initiative with the Prisoners, saying that 60 organization around the world have echoed the call to free Ahmad Sa’adat and 7,000 Palestinian freedom fighters. He highlighted the ongoing struggle inside Israeli prisons, and stated that “we are gathered in Galatasaray Square today to be the echo of this international call as the initiative of Solidarity with Prisoners, the voice of the revolutionary prisoners in Turkey.” 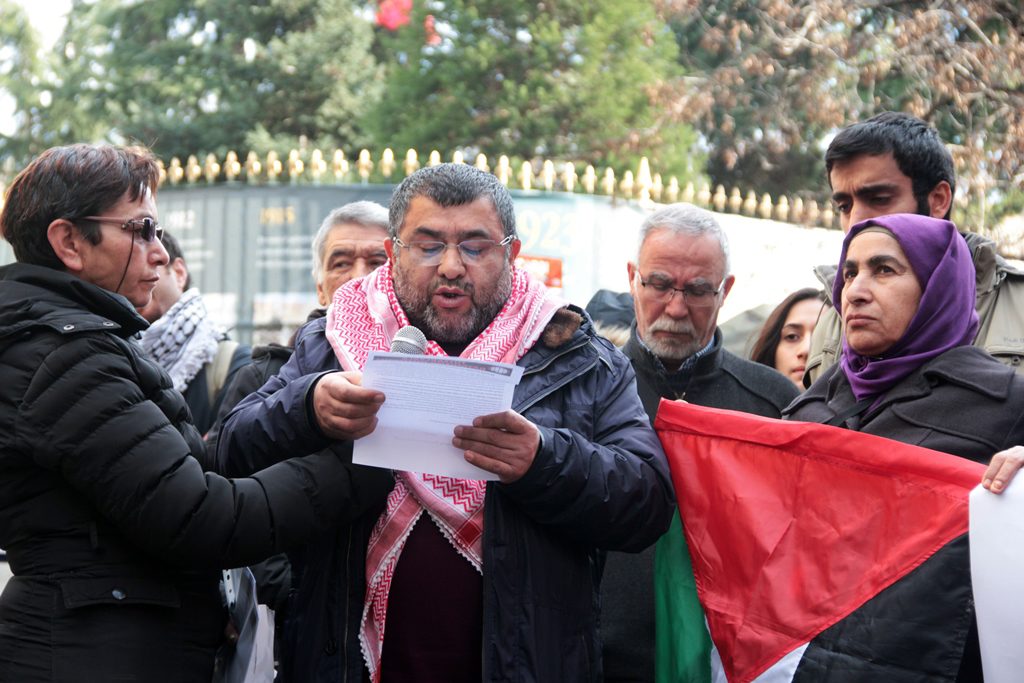 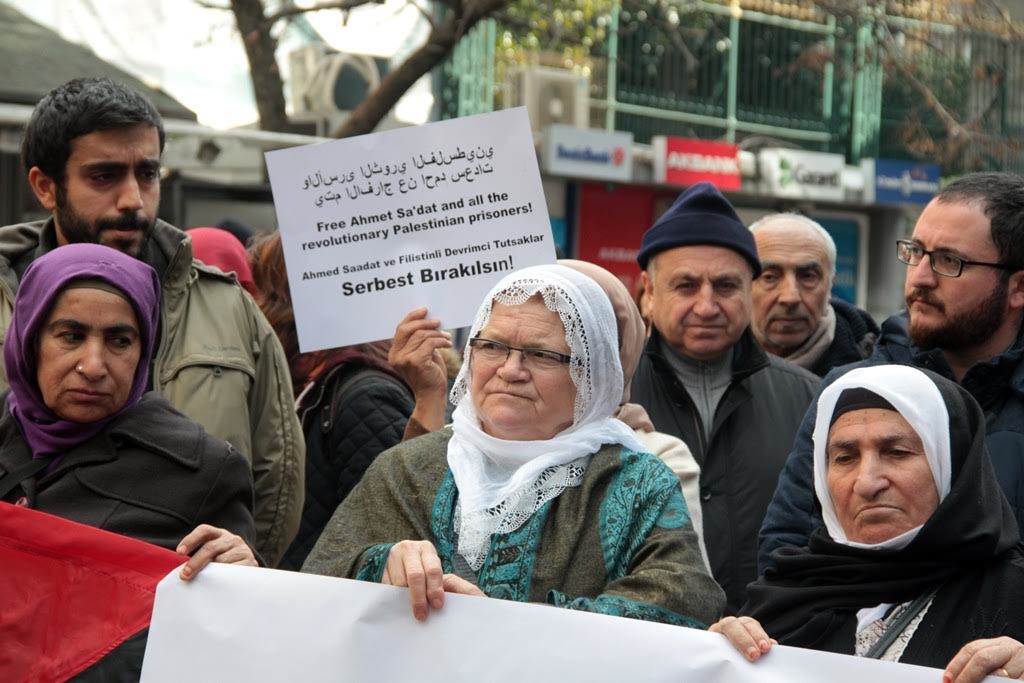