Palestinians from the town of Kabul near Akka protested on Thursday, 26 January for the release of Mohammed Khaled Ibrahim, 20, a Palestinian citizen of Israel from the town held without charge or trial under administrative detention.

After Ibrahim was seized by Israeli forces in a pre-dawn raid in which his family’s home was ransacked and computers confiscated, he was ordered to administrative detention without charge or trial for six months; after six months, the detention order was renewed. He will have a court hearing on 15 March. 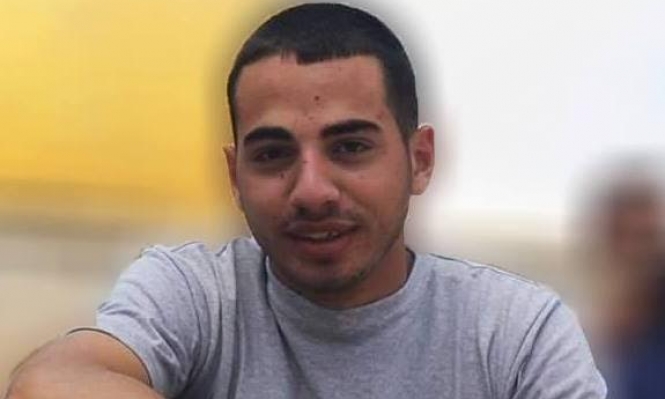 Omar Khamisi, a Palestinian lawyer from Mezan Center in Nazareth, told Arabs 48 that “the military rule over Arab citizens did not end. It is actually practiced in various forms and styles and can be seen clearly in the political persecution of activists of political parties and political, social and cultural movements, most prominently the prosecution of leaders and activists of the National Democratic Alliance and the banning of the Islamic Movement and its charities and humanitarian projects.”

The Freedoms Committee announced that a series of political, media and legal activities will be organized to advocate in support of Ibrahim and demand his release while confronting the policy of administrative detention.