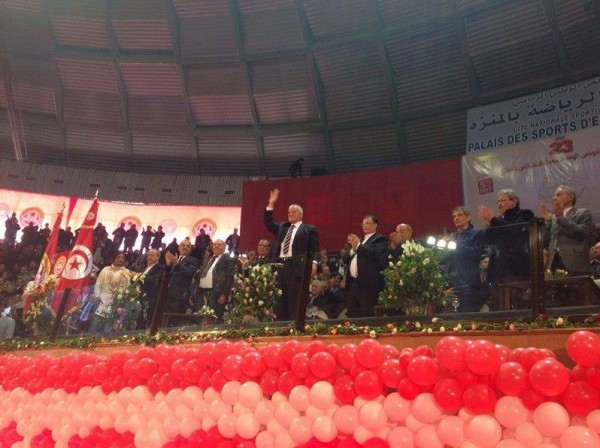 The 23rd conference of the Tunisian General Labour Union – the major labor organization in Tunisia and a Nobel Peace Prize laureate – expressed its solidarity with imprisoned Palestinian leaders Ahmad Sa’adat and Marwan Barghouthi on Sunday, 23 January.

Sa’adat, the imprisoned General Secretary of the Popular Front for the Liberation of Palestine, recently inspired an international week of action demanding his freedom and that of fellow Palestinian prisoners.

Fadwa Barghouthi, the wife of imprisoned prominent Fateh leader Marwan Barghouthi, addressed the conference, praising the Tunisian people’s commitment to the Palestinian cause.

The conference is electing new leadership for the labor union and focusing on the need to confront neoliberalism and social inequality. Speakers also focused on the need to defend Tunisian workers migrating abroad to organize and protect their rights.