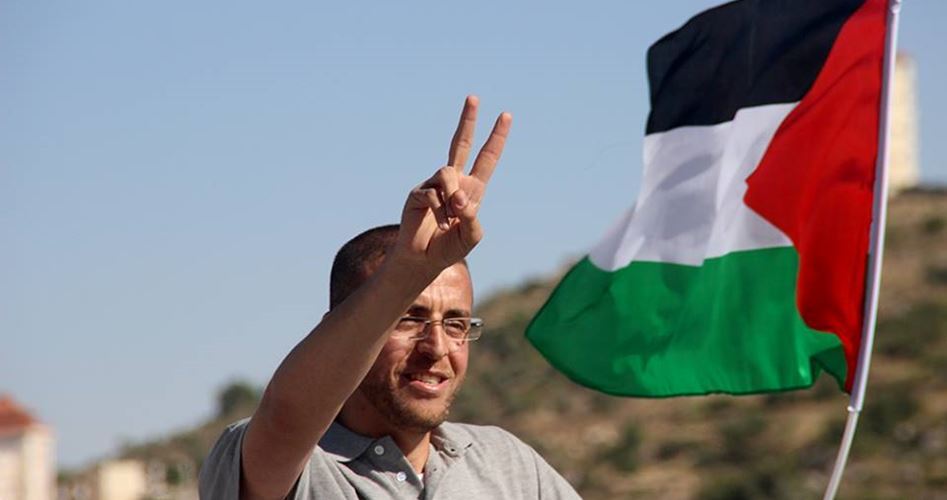 The Israeli occupation’s Ofer military court cut the administrative detention order of imprisoned journalist and hunger striker Mohammed al-Qeeq from six months to three, reported his family’s Facebook page, on Thursday, 9 February. Al-Qeeq is on his fourth day of hunger strike after he was ordered to administrative detention – imprisonment without charge or trial – on Monday, 6 February. His family confirmed that he is continuing to pursue his hunger strike despite the reduction in his imprisonment.

Al-Qeeq, 35, carried out a 94-day hunger strike against his prior imprisonment without charge or trial, securing his release from Israeli administrative detention in May 2016. His case highlighted the repression of Palestinian journalists and won widespread Palestinian and international support. Prominent in prisoner support activities, Al-Qeeq was seized by Israeli occupation forces on 15 January 2017 as he passed through the Beit El checkpoint near Ramallah. He was returning from a demonstration in Bethlehem demanding the return of the seized bodies of Palestinians killed by Israeli occupation forces.

Al-Qeeq was repeatedly interrogated before being ordered to administrative detention. He is currently being held in solitary confinement in Hadarim prison. A Palestinian Prisoners’ Affairs Committee lawyer reported that Israeli intelligence officials had proposed that he be deported from the West Bank of occupied Palestine for a period of time, a proposal completely rejected by al-Qeeq.