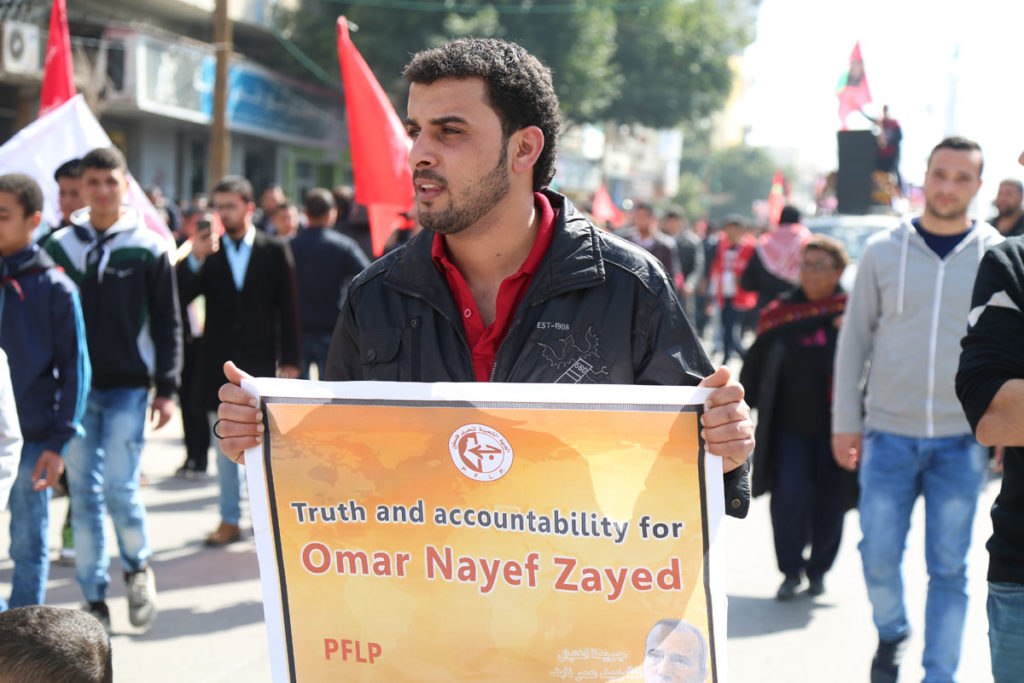 Samidoun Palestinian Prisoner Solidarity Network marks the one-year anniversary of the loss of Omar Nayef Zayed with a renewed call for justice and accountability for the death of this struggler for Palestine and former Palestinian political prisoner whose life was taken as he struggled once more for his freedom.

Nayef Zayed, 52, was a former Palestinian prisoner who was imprisoned in 1986, as a member of the Popular Front for the Liberation of Palestine, accused with his brother Hamza and Samer Mahroum of being part of an attack on an Israeli extremist settler in Jerusalem. Sentenced to life imprisonment, he escaped in 1990 after a 40-day hunger strike. His escape from Israeli prison is almost legendary, securing his freedom amid close and intense repression.

After traveling in the Arab world for 4 years, he arrived in Bulgaria in 1994. Nayef Zayed was married to Rania, a Palestinian Bulgarian; they had three children. He owned a grocery store and was a leader in Sofia’s Palestinian community. In December 2015, moments before the expiration of the statute of limitations, the Israeli state demanded he be arrested and turned over to them by the Bulgarian police, after years of escalating “security cooperation” and security agreements between Bulgaria and Israel. He took sanctuary in the Palestinian embassy in Sofia while internationally, Samidoun and others campaigned against the extradition demand. Throughout this time, he was constantly subject to pressure by PA representatives to leave the embassy.

On 26 February, Nayef Zayed’s bloodied body was found on the ground of the garden of the embassy. Since that time, Samidoun has joined his family and comrades in an ongoing struggle to hold those responsible for Nayef Zayed’s death accountable and uncover the truth.

During Omar Nayef Zayed’s 70 days within the Embassy, he struggled for his freedom, facing a triangle of injustice and responsibility – the Israeli state, the Bulgarian state and also the Palestinian Authority, whose embassy and ambassador did their best to push Omar from the embassy and make his life there difficult or impossible, denying him visitors and threatening to remove him at any time.

Today, despite several investigations, one year on, there has still been no justice or accountability on the death of Omar Nayef Zayed. His family recently won an appeal in Bulgarian courts against the original autopsy findings and are securing a new investigation into his death. Today, we revive the demand for truth, justice and accountability for Omar Nayef Zayed. This demand for justice is also being heard, resoundingly from Palestine; a mass march in Gaza on Saturday, 25 February demanded justice for Nayef Zayed, while events are being organized elsewhere in Palestine, in the refugee camps in Lebanon and Syria, and in events around the world, in Sofia, Bulgaria, Milan and Cagliari, Italy, and elsewhere.

Throughout his life, Nayef Zayed struggled for Palestine and for the Palestinian people; he was loved by his family, his friends and his comrades. We pledge to continue to organize and demand justice in this case and to remember his life, his struggle and his commitment to freedom, justice and liberation for the land and people of Palestine.