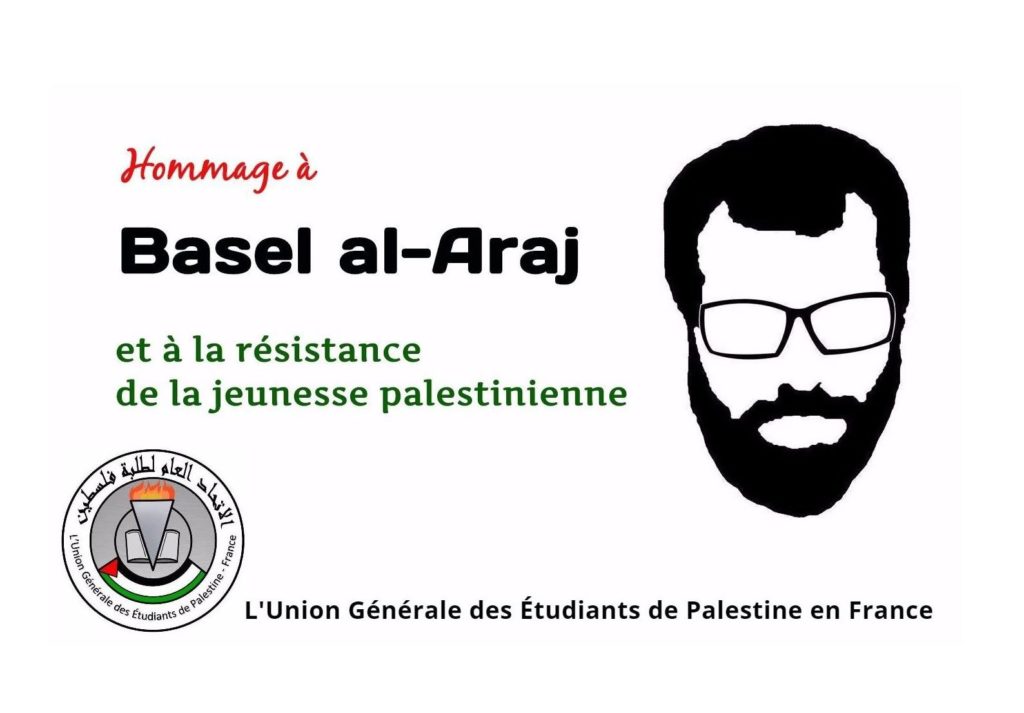 In commemoration of the 41st anniversary of Land Day and to close Israeli Apartheid Week, the General Union of Palestinian Students in France (GUPS Aix-Marseille) invites you to an evening of tribute to Basel al-Araj and Palestinian youth resistance.

*Screening of “When I Saw You” by Palestinian filmmaker Annemarie Jacir (VOSTFR 98 minutes, 2012)

Tarek lives with his mother Ghaydaa in a Palestinian refugee camp. This film is set just after the 1967 war. Both Tarek and Ghaydaa await the arrival of their father and husband every time a new group of refugees arrives in the camp. Tarek is tired of waiting and does not understand why he cannot go home. He escapes from the camp and is lost; he is met by a group of “fedayeen” resistance fighters who bring him to their camp.

A film of exile reflective of its director, a contemporary refugee. Her films relentlessly call for the right of return, free movement and recognition of Palestinian heritage.

*Follow-up to the roundtable on the theme: The role of Palestinian youth in the struggle