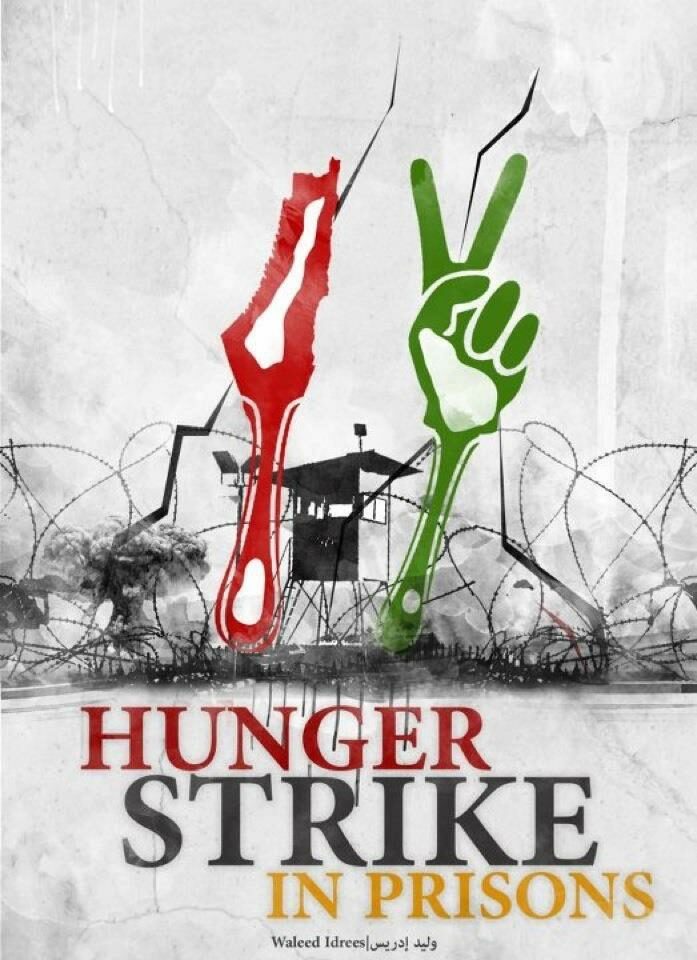 Israeli prison authorities continued their repressive campaign against Palestinian prisoners engaged in a collective open hunger strike. On Thursday, 20 April, the prisoners’ fourth day of the strike which began on 17 April, Palestinian Prisoners’ Day, several hunger strike leaders were transferred from prison to prison and thrown into isolation, while one ill hunger striking prisoner was moved to Barzilai Hospital.

Kamil Abu Hanish and Nader Sadaqa, both leaders of the hunger-striking prisoners among the Popular Front for the Liberation of Palestine, were abruptly transferred from Gilboa prison to isolation in Jalameh prison and Ella prison, respectively. Muhannad Ibrahim, a prisoner leader in the Islamic Jihad movement, was transferred from Hadarim prison to Ella’s isolation cells. They join several strike leaders, including Fateh leader Marwan Barghouthi, longest continually-held Palestinian prisoner Karim Younis, and a number of other strike leaders including Anas Jaradat and Mahmoud Abu Srour, all of whom have been thrown in solitary confinement and denied legal visits. 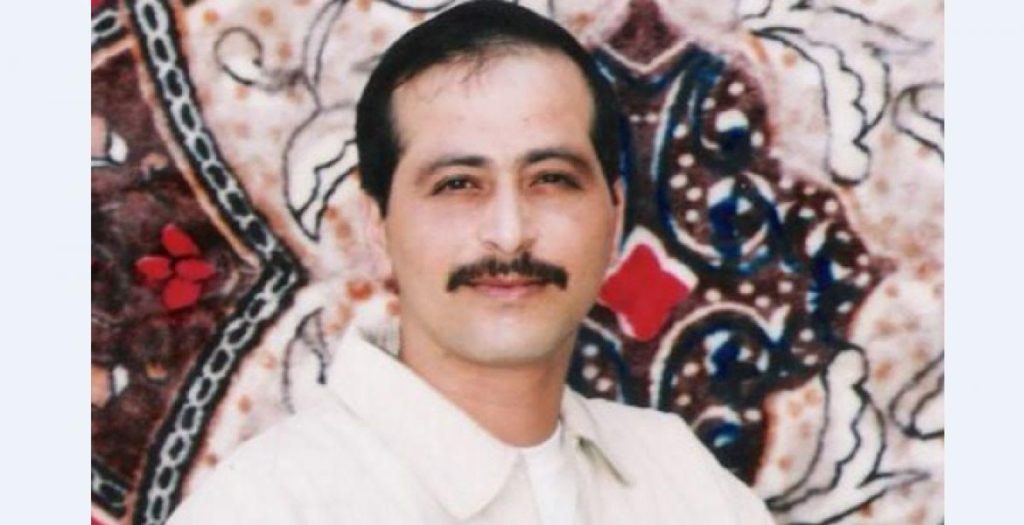 Palestinian prisoner Said Musallam, 42, from Salfit, was transferred to Barzilai Hospital on 19 April. With six other ill prisoners in Ashkelon prison, he announced that he was joining the hunger strike on 18 April. However, he was transferred the next day to the hospital; Musallam suffered a heart attack nearly a year ago in the Negev desert prison and underwent heart procedures at Soroka Hospital. Musallam has served 16 years of his 18-year sentence in Israeli prison.

In the Negev desert prison and the Ofer prison, repressive units stormed the rooms of hunger striking prisoners under the pretexts of “inspection” on 20 April. In the Negev prison, prisoners were pulled from their rooms and blindfolded as their belongings were ransacked.

Meanwhile, despite the statements of Israeli officials that hunger strikers would be able to receive legal visits – which had been denied since Monday – the Palestinian Prisoners’ Society and Prisoners Affairs Commission continued to report denials of legal visits for hunger-striking prisoners. While lawyers were able to visit three strikers in Ofer prison (Louay Eid, Fadi Abu Atiya and Mohammed Hassan), lawyers were denied access to hunger strikers in Ashkelon, Nafha and Eshel prisons. A visit was approved for prisoners held in Gilboa prison; however, it was scheduled only for next week.

In Palestine ’48, the Higher Arab Follow-Up Committee announced plans for a symbolic one-day hunger strike on Friday, 21 April in the town of Arraba, the home of freed prisoner Lena Jarbouni, released on Sunday after 15 years in Israeli prison. The hunger strikers will gather in a solidarity tent set up all day in the village as part of a celebration and welcoming for Jarbouni. The Committee announced plans for ongoing and additional actions in support of the prisoners and their hunger strike. 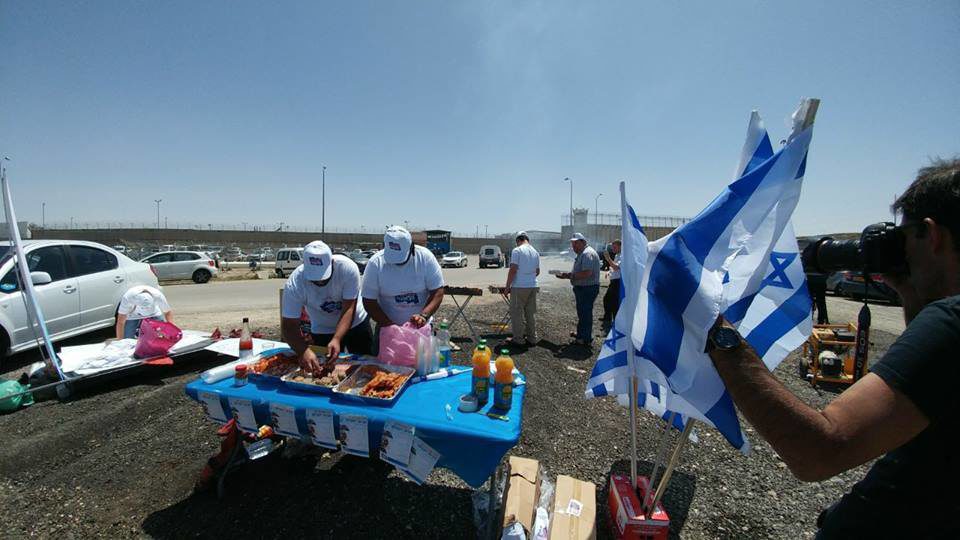 Meanwhile, illegal Israeli settlers in the occupied West Bank of Palestine affiliated with the so-called “National Union” extremist organization set up a barbeque across from Ofer prison, west of Ramallah, grilling meats in an attempt to taunt the hundreds of Palestinian prisoners hunger striking for freedom and dignity inside the prison.