Home Events 15 May, London, Ont: Rally and Writing Letters in Solidarity with Palestinian...

Monday May 15 is Nakba (Catastrophe) Day, marked by supporters of human rights to commemorate the creation of the state which put three quarters of a million Palestinians into exile as refugees, and continues to deprive millions of their basic human rights.

Currently in Palestine, Israel is holding thousands of political prisoners captive for their resistance towards the Israeli colonial occupation. Today, many of them they are halfway through completing their fourth week of hunger strike, protesting the unfair and cruel treatment they have been receiving within Israeli jails. The hunger striking prisoners’ demands include: family visits, proper medical care, an end to Israel’s practice of detaining Palestinians without charge or trial in so-called administrative detention and stopping the use of solitary confinement.

In solidarity with these political prisoners, we are holding a rally, demonstrating and standing with these prisoners, who have been living off of salt and water for the past month.
Followed by:

Writing Across Walls is organizing a workshop and get-together to write letters to Palestinian prisoners. Some of the first prisoners who participants will write to include imprisoned students, like Kifah Quzmar and Istabraq Yahya. 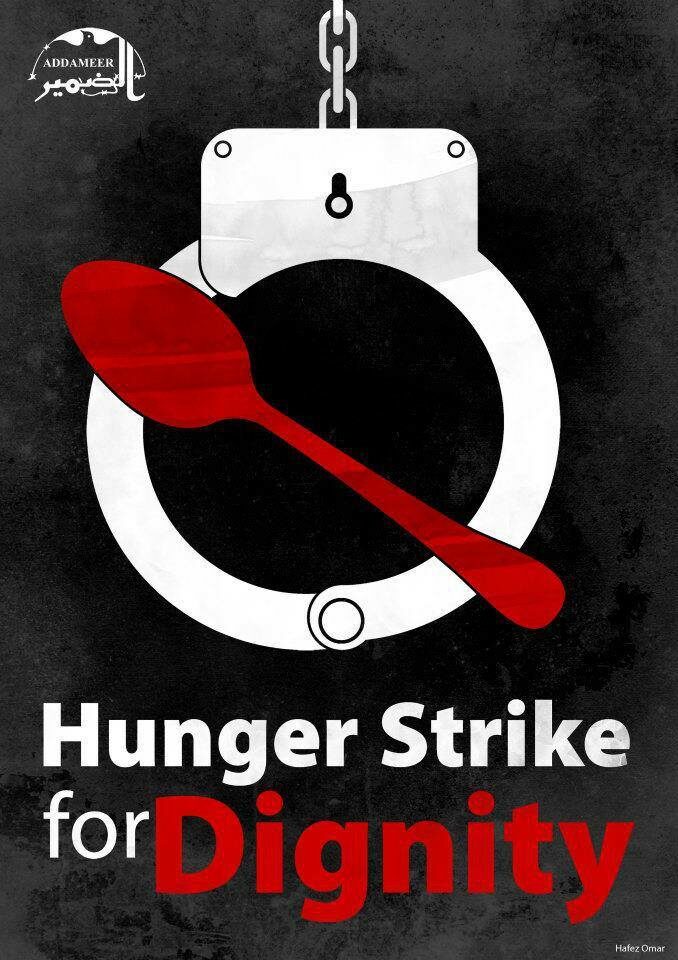