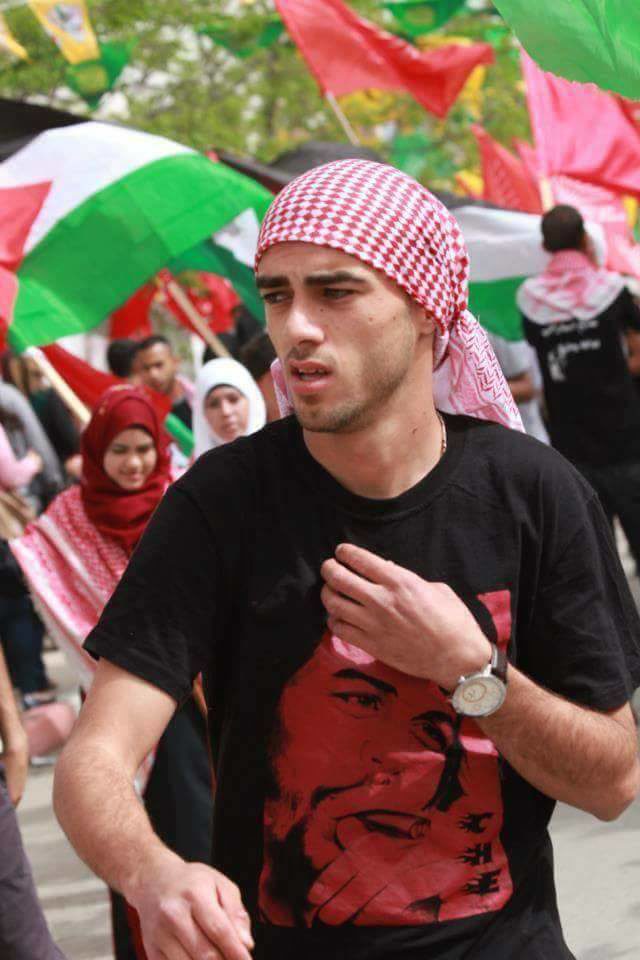 Palestinian student Kifah Quzmar was ordered to administrative detention for six months by the Israeli occupation’s Ofer military court on Monday, 3 April.  Quzmar is an active student at Bir Zeit University, where he is in his final year of study for his degree in business administration. He is scheduled to be brought back before the Ofer military court on Thursday, 6 April to “confirm” his indefinitely-renewable imprisonment without charge or trial.

Quzmar was seized by Israeli occupation forces on 7 March as he returned from Jordan via the Karameh/Allenby crossing. He was then subjected to interrogation for 20 days and denied access to his lawyer, sparking a four-day hunger strike demanding an end to his interrogation before he was moved to Ofer prison.

Over 70 international organizations signed on to a collective statement initiated by student groups in Belgium, the Netherlands, Canada, the United States and Palestine demanding Quzmar’s immediate release. The statement highlights the ongoing targeting of Palestinian students for arrest and persecution, especially for involvement in student activities, including annual student council elections. It also urges the academic boycott of Israel, particularly in response to the ongoing denial of Palestinians’ right to education. 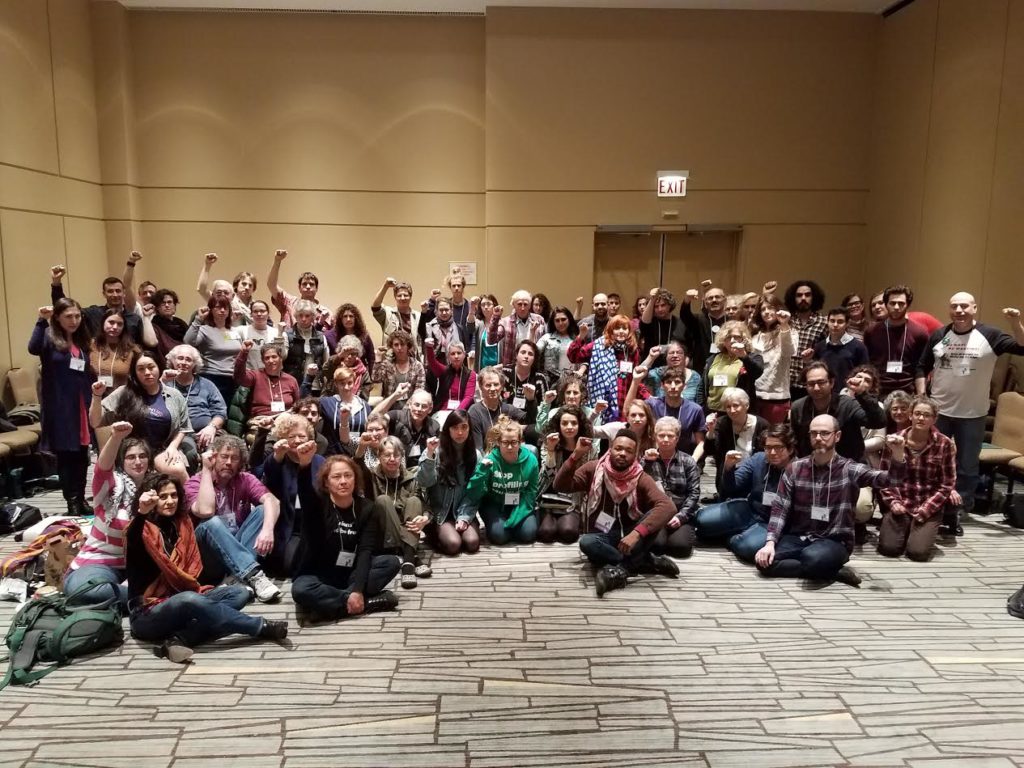 At the Jewish Voice for Peace National Membership Meeting in Chicago, in the United States, Kristian Davis Bailey of Black4Palestine spoke at the plenary on Sunday, 2 April. Over 75 solidarity activists gathered for a group photo to express their solidarity and send their support to Quzmar, demanding his release and that of fellow Palestinian prisoners. Mohammed Khatib of Samidoun was invited to address the same plenary, but was denied a visa to the United States due to his status as a Palestinian refugee in Europe.

Davis Bailey closed his presentation by speaking about targeted Palestinian youth, including assassinated youth organizer Basil al-Araj and imprisoned youth and students like Quzmar, alongside Black youth targeted for imprisonment and repression. “I’d like to close by paying homage to the martyrs and prisoners of the Black and Palestinian struggles. It is these groups that have borne the brunt of state violence. Specifically I would like to honor the life of Basil Al-Araj, a popular leader and participant in the youth movement in Palestine, initially targeted and imprisoned by the PA last year and finally assassinated by the Zionist military at the beginning of this month.”

“As I speak to you, a dear friend and comrade, Kifah Quzmar a popular student organizer at Birzeit University…is one of 7,000 Palestinians currently imprisoned by Israel. Roughly 700 of these prisoners are being held without charge or trial. It is our responsibility as a solidarity movement to organize for their release,” Davis Bailey said.

“What unites all of these prisoners is that they have been suspected or convicted of supporting, engaging, or intending to engage in resistance against an unjust colonial order. There is no action Palestinians take that Israel does not consider threatening or illegal. And whether or not Palestinians actually engage in any of these acts, the accusation is justification enough for their imprisonment, torture, indefinite detainment, extrajudicial assassination, the surveillance and harassment of their families, and the condemnation of the West. Yet for some of us coming to terms with our current administration, the word resistance suddenly takes on a new light. We see very clearly a regime of violence and injustice and understand it is our duty to organize for something better. This is no different in Palestine,” concluded Davis Bailey.

Samidoun Palestinian Prisoner Solidarity Network urges all supporters of Palestinian rights – including Palestinian students and their right to education – to take action in solidarity with Kifah Quzmar and his fellow imprisoned Palestinians.

3) Organize a table in a student center or a one-day hunger strike in support of Kifah Quzmar. Fellow students must know about the persecution faced by Palestinian students.

4) Organizations, associations and student unions and groups: write a letter or a statement in support of Kifah, or take a group photo with a sign that says, “Free Kifah Quzmar!” and use #FreeKifahQuzmar on social media. Share your statements and photos on Facebook, or email samidoun@samidoun.net.

5) Join the Boycott, Divest and Sanction Campaign to build the boycott of Israel, including the academic boycott of Israeli institutions. Israeli academic institutions are complicit in the system of imprisonment and occupation, while Palestinian students are denied their normal functioning and right to education by ongoing arrest campaigns.