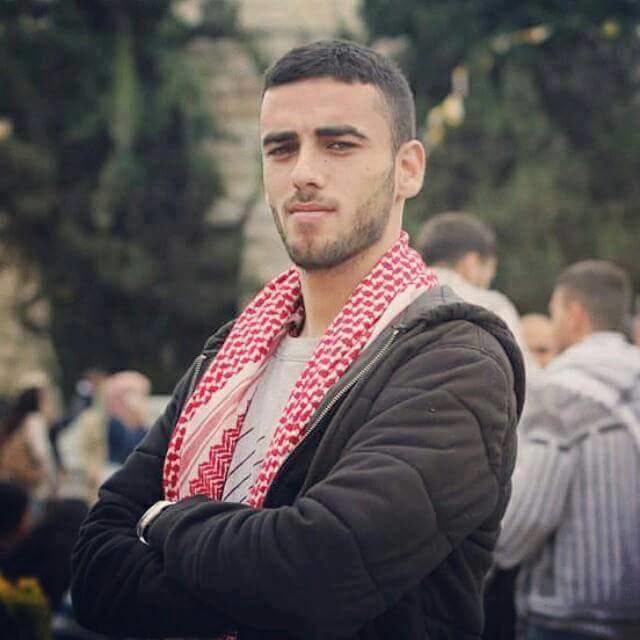 Palestinian student Kifah Quzmar, a Bir Zeit University student, has been imprisoned at the Moskobiyeh interrogation in Jerusalem for the past 19 days without charge; he has been consistently denied access to a lawyer.

In a press release issued by Bir Zeit University, Kifah’s brother Majd Quzmar noted that Kifah had been seized when returning from a trip at the Karameh/Allenby crossing from Jordan on 7 March. His presence in Israeli detention was denied by intelligence agencies until the fourth day after his arrest.

Quzmar’s lawyer, Anan Odeh, said that Quzmar was brought before an Israeli military court, ordering his detention extended until 27 March and banning him from receiving a visit from his lawyer; Odeh emphasized that Quzmar has been undergoing “severe and continuous pressure since his arrest” in 19 days of interrogatin.

Quzmar is majoring in business administration and is expected to graduate this summer. He was previously arrested in 2016 by the Palestinian Authority after he posted critical comments about the PA on Facebook, especially following the arrest of his friend Seif al-Idrissi.

“Do you know why the mukhabarat [intelligence service] is a rotten agency? Because the entire PA is rotten,” wrote Quzmar at the time. He was released on bail one week after his arrest after widespread Palestinian and international responses to his arrest “I know everyday as a Palestinian I feel I am being watched by the Israelis or the Palestinians,” said Quzmar, following his release.

Samidoun Palestinian Prisoner Solidarity Network urges all student organizations, groups and committees to express solidarity with Kifah Quzmar and his fellow imprisoned Palestinian students. At Bir Zeit University alone, 60 Palestinian students are denied access to education because they are held as political prisoners in Israeli jails. Students are repeatedly targeted for arrests, especially as annual student elections approach; activists involved with student political blocs are ordered to administrative detention or accused of support for “prohibited organizations.” Kifah Quzmar is being denied access to a lawyer and is at severe risk of torture and inhumane treatment under interrogation. We urge all student organizations to join us in this campaign and pass resolutions, organize events and build solidarity across borders and through prison walls with Quzmar and fellow Palestinian students. We demand the immediate release of Kifah Quzmar and immediate access to his lawyer. Free Kifah Quzmar!