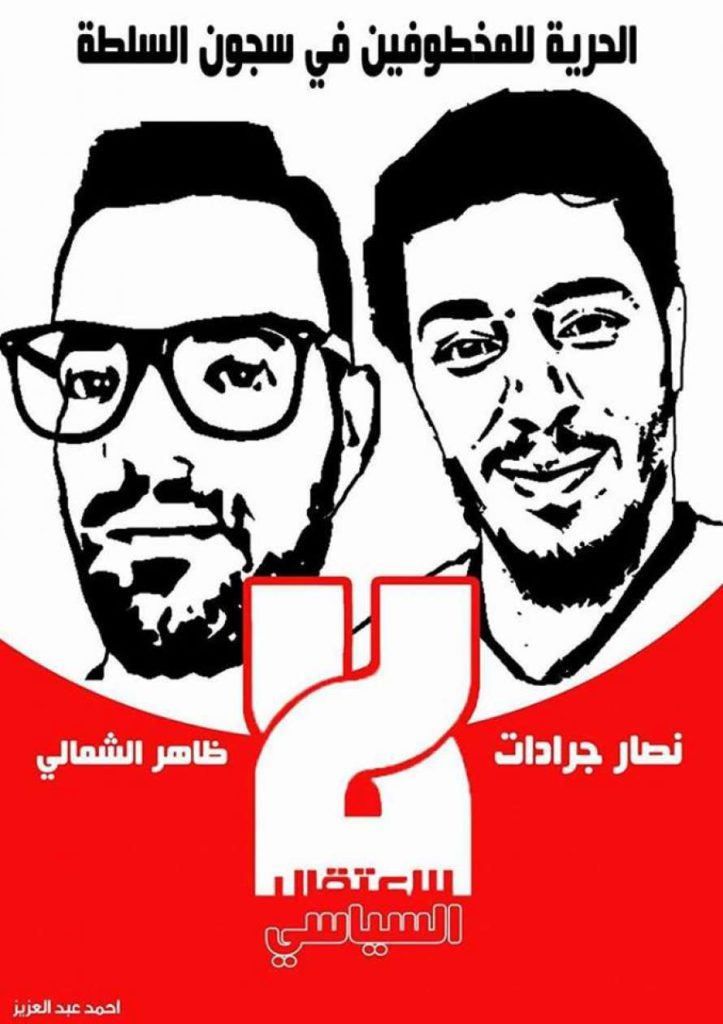 Palestinian student and youth activist Nassar Jaradat and journalist Zaher al-Shammali were released by the Palestinian Authority on 22 June after 15 days of detention, since 7 June 2017, reported Palestinian lawyer Muhannad Karajah of the Addameer Prisoner Support and Human Rights Association.

Both have spoken publicly against the statements and actions of prominent Palestinian Authority official Jibril Rajoub, in an interview with Israeli Channel 2 where he announced his support for Israeli sovereignty over al-Buraq Wall in Jerusalem, a site of significant cultural, religious, historical and political importance to Palestinians and which Palestinians have continually defended from Zionist occupation since before 1948.

Shammali wrote a critical article about Rajoub – following other critical articles about PA President Mahmoud Abbas and other PA figures – while Jaradat commented on Facebook regarding the article and Rajoub’s remarks. Now, the two Palestinian youths are facing a trial in September, accused of “insults” to holy sites and “incitement of sectarianism,” although there is no “sectarian” content to their writings on Rajoub’s political concessions to the Israeli occupation. Both Shammali and Jaradat are Palestinian progressives.

The two are scheduled to go on trial in September and have been released on a bail of 1,000 Jordanian Dinars each. Previously, PA courts in Ramallah have refused to release them on four separate occasions, claiming that the investigation was not complete.

The Democratic Journalists’ Assembly denounced the ongoing political arrests of journalists and others, warning against further repression particularly of Palestinians already suffering the severe repression of occupation.

Many people around the world participated in Samidoun’s call to action, urging Palestinian embassies around the world to release the political detainees and end political detention and security coordination. The Union of Palestinian Communities and Organizations in Europe also denounced the detention of the young Palestinians and joined in the call to end security coordination with the Israeli occupation.

The PNGO Network emphasized that this “dangerous step” is particularly threatening to Palestinian rights that are already under severe and sustained assaults by the Israeli occupation. The blocking was done with no court order on the basis of an order by the Attorney General and was apparently done purely in an attempt to silence and deny Palestinians access to the writing of political opponents of PA President Mahmoud Abbas.