Palestinian student and youth activist Nassar Jaradat was seized in Ramallah three days ago, on 8 June, by Palestinian Authority security forces. Since that time he has been held in the offices of the Palestinian Authority Preventive Security. On Saturday, 10 June, a PA court in Ramallah extended his detention for 15 days on the basis of a public Facebook post he made criticizing PA official Jibril Rajoub for comments in an Israeli TV interview regarding Jerusalem.

Jaradat, 23, is a student of agricultural engineering at Al-Quds Open University as well as an active youth organizer.

Rajoub’s comments – in which he declared that al-Buraq Wall (the Western Wall) in Jerusalem would “remain under Israeli sovereignty,” were widely denounced by Palestinians. The Union of Palestinian Communities and Organizations in Europe declared that “the statements of Mr. Jibril Rajoub come precisely in line with the positions of the leaders of the racist Zionist entity. They also come directly before the 50th anniversary of the aggression and expansion of occupation of 1967….The positions of Mr. Jibril Rajoub are an insult to the Palestinian people and the Arab and Islamic nation.”

The arrest of Jaradat comes as part of a Palestinian Authority policy of arresting Palestinians for voicing their political opinions on Facebook; other activists, like Seif al-Idrissi and Kifah Quzmar, have been seized in the past for Facebook posts. Both now are imprisoned in Israeli prisons, illustrating the “revolving door” nature of PA arrests and imprisonment by the Israeli occupation, often linked to PA security coordination with Israel.

The dangers posed by security coordination to Palestinian organizers were highlighted in recent Palestinian and international demonstrations marking Palestinian Prisoners’ Day, marking the 40th day after the Israeli assassination of Basil al-Araj, pursued by the Israeli occupation after being released from PA prison; he and his comrades’ arrest was trumpeted by PA officials, including PA President Mahmoud Abbas, as a triumph of security coordination.

Barakat also criticized the “silence of some Palestininan human rights organizations when it comes to the practices of the PA, especially when those PA policies – and continued ‘security coordination’ with the Israeli occupation – operate hand in hand with Israeli attacks and mass arrests against the Palestinian people.”

“All of this is an indication that the catastrophic political path that the PA is marching towards. They are gambling with the Palestinian people’s rights in full coordination with the Israeli occupation and under the supervision of Trump’s supervision and conditions,” said Barakat. 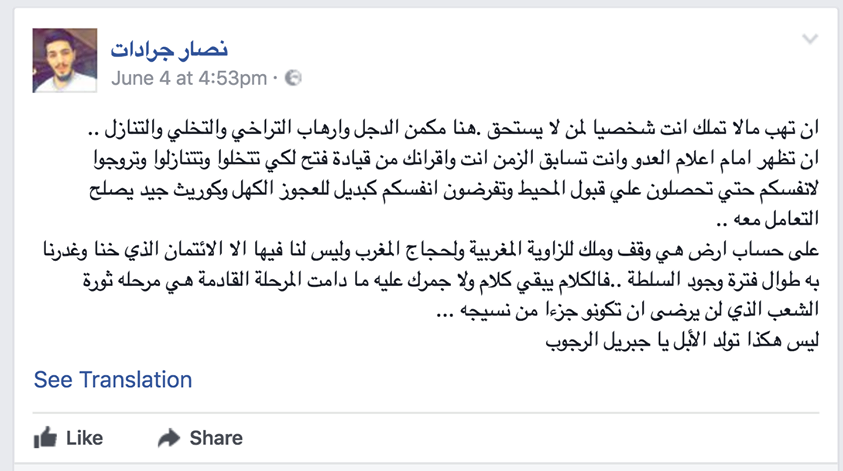 Translation: “To give what you don’t own, personally, to those who do not deserve it. This is the essence of deceiving and the terror of concessions…to appear in the enemy media, by competing with time, you and your ilk from the Fateh leadership, you make concessions and promote yourself in order to be accepted by the surroundings and to impose yourself as an alternative to the “old man” and a good inheritor who can be “dealt with”..

At the expense of the land that is sacred land of the Islamic Waqf and belongs to the Moroccan Quarter and the Moroccan pilgrimage. We have nothing that we must do except to protect this land. We are betraying and deceiving over the entire time of the existence of the Authority. Words remain words, and no taxes on words, as long as the coming stage is one of people’s revolution who will not accept that you will be part of its fabric. This is not the way camels are led to water [a traditional phrase meaning “Not on your way”], Jibril Rajoub!”

1. Email the Palestinian Embassy or PLO Mission in your country. Click here for a list of contact information. Make it clear that Palestinians around the world and international activists stand together to confront occupation, end security coordination, and free Nassar Jaradat and fellow political detainees. 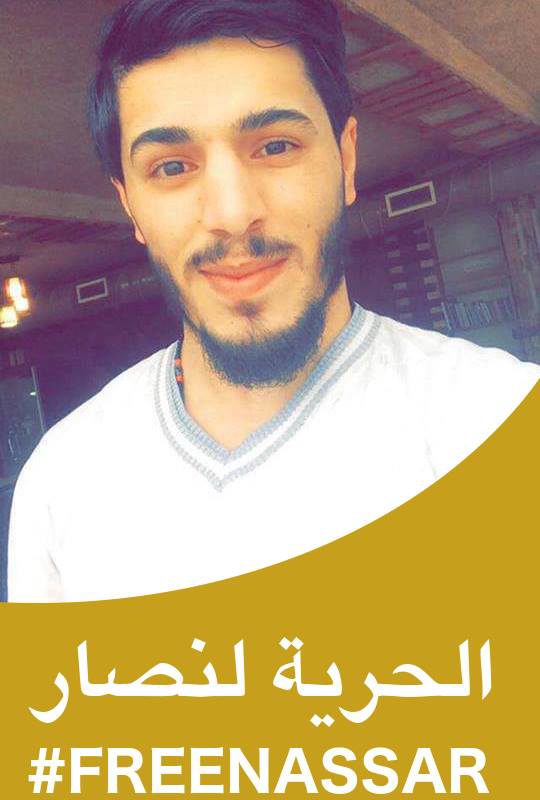