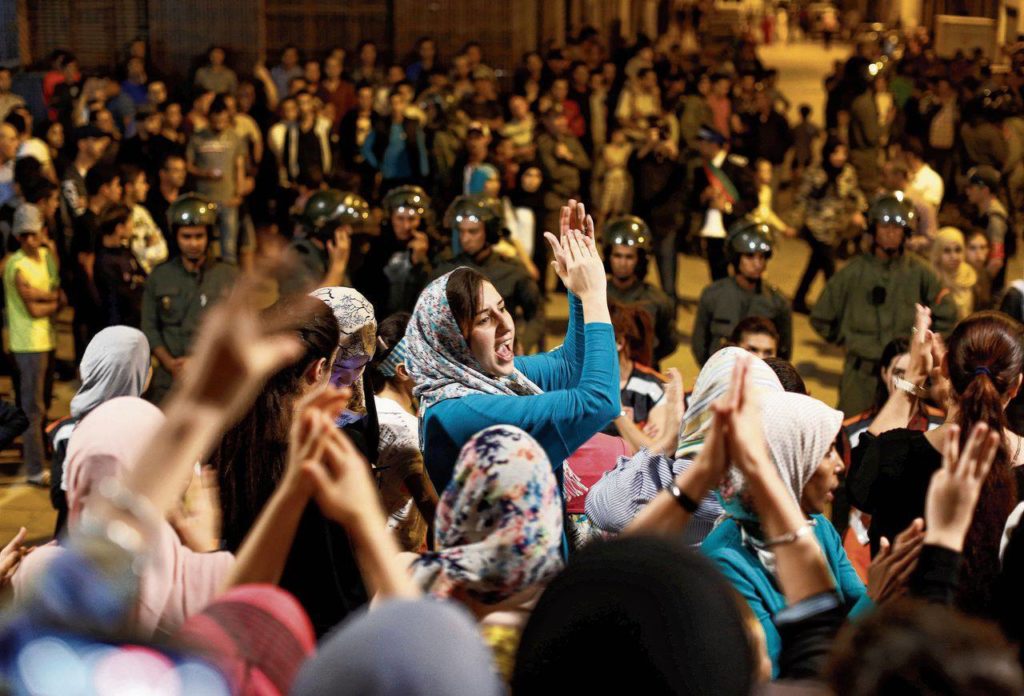 Samidoun Palestinian Prisoner Solidarity Network expresses its solidarity with the Moroccan people in the Rif and throughout the country in their struggle for social justice, and urges the immediate release of all political detainees and prisoners in Moroccan jails.

The Moroccan monarchy and government not only engages in a policy of marginalization and deprivation in the Rif, but also is engaged in normalization with the Israeli state. Morocco’s trade with Israel has reached over $50 million annually at the same time that the Palestinian movement is urging international boycott, divestment and sanctions against the Israeli state.

Since 26 May, the popular movement in the Rif has been hit by a wave of arrests and repression, with over 85 men and women seized by the authorities or otherwise disappeared. The popular movement is based on social and economic struggle, including demands for access to education, decent work, infrastructure and public services and an end to the militarization of the region.

For years, there have been waves of strikes, protests, and popular organizing throughout the country, yet we see that the repressive grasp of security forces and violations of people’s and human rights have reached to a higher level of oppression and escalation. The current struggles in the Rif and throughout Morocco have grown because of this very oppression, and stem from years of protest and struggle by the Moroccan people in the face of harsh repression that have included attacks on protests and killings inside prisons.

For example, we remember the student activist Abderrazak El Gadiri, shot dead by Moroccan security forces in 2009 while participating in a solidarity march against the Israeli attack on Gaza, “Operation Cast Lead,” as we remember Mohsine Fikri, the impoverished fish vendor crushed to death as he attempted to retrieve his goods. All of these workers’ struggles and social and liberation movements have grown from the Moroccan people’s long history of struggle and confrontation against both French and Spanish colonialism, for national liberation and social justice. Palestinian progressive and left organizations, including the Popular Front for the Liberation of Palestine, have expressed their solidarity with the protesters “struggling for their just and legitimate rights, especially under conditions of deprivation, isolation and the policy of marginalization.”