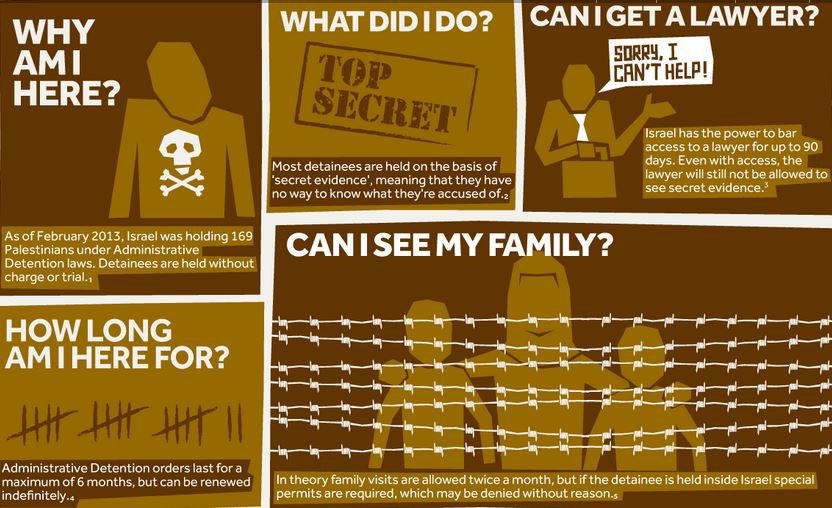 25 of the orders were renewal orders directed against Palestinian prisoners who were already imprisoned without charge or trial, while the remaining orders were newly issued.

Among the orders issued in that time period was the three-month renewal order against Sabah Faraoun, a Palestinian seamstress held in administrative detention. She was held in solitary confinement in Damon prison for at least a week in late June and early July along with other women prisoners subject to repression. Also included in this group of orders was a two-month renewal order against Dr. Essam al-Ashqar, a Palestinian physics professor at An-Najah University suffering from poor health.

The following were the 34 administrative detention orders: