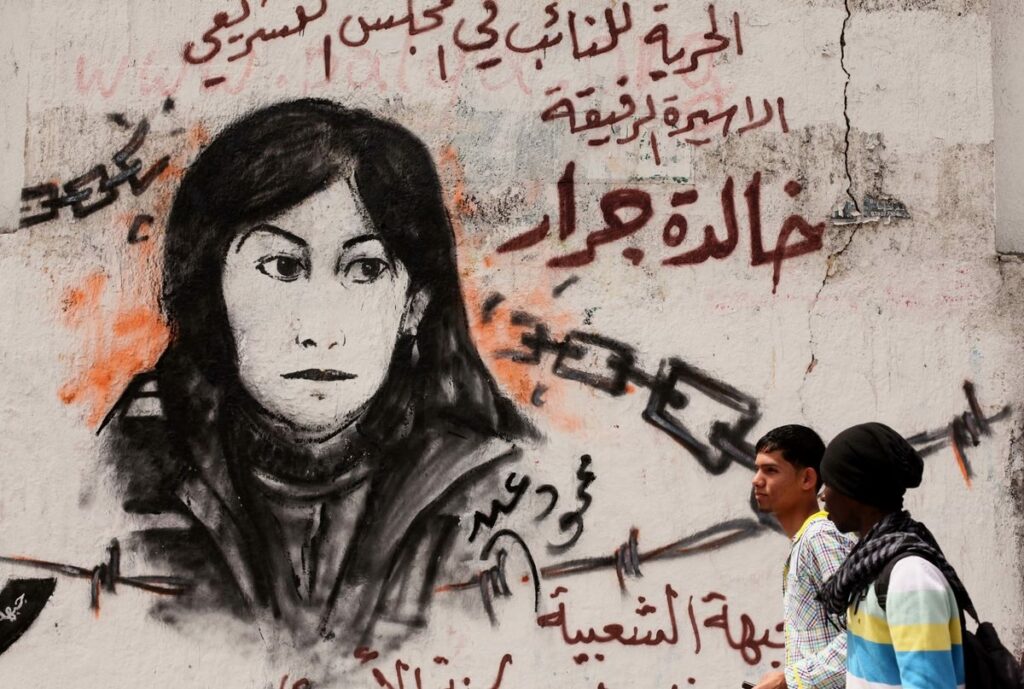 Palestinian national leader, leftist parliamentarian and feminist Khalida Jarrar was brought before the Ofer military court on Monday, 10 July. Jarrar, also a noted advocate for Palestinian prisoners and the vice-chair of Addameer Prisoner Support and Human Rights Association, was ordered detained for 48 more hours while the Israeli military prosecution determines whether to bring an indictment or an order for administrative detention without charge or trial.

Jarrar was last seized by Israeli occupation forces in April 2015 and jailed until her release in June 2016; she was held in administrative detention until international pressure forced her case to be moved to the no less unjust Israeli military courts.

There is a growing international campaign demanding the release of Khalida Jarrar, Khitam Saafin and their fellow Palestinian prisoners. Political parties, organizations and movements from around the world are joining the call for their release and protests are being organized in a number of international cities.