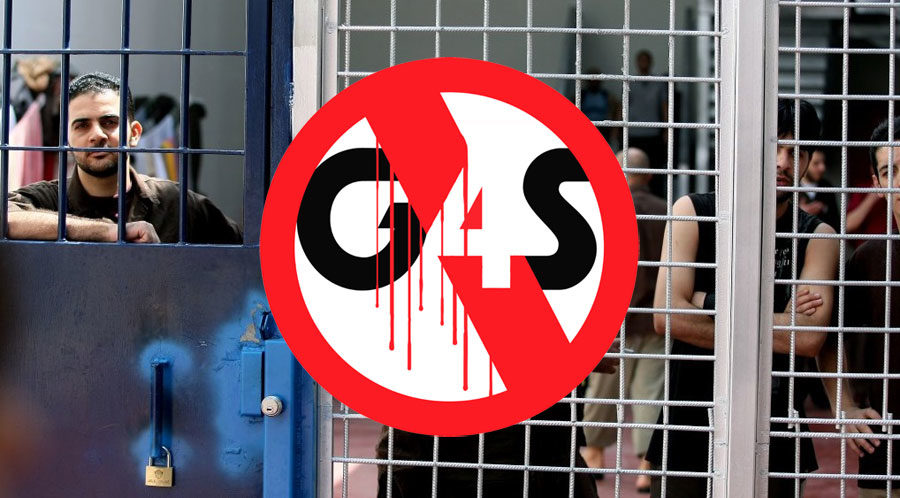 Jordan BDS announced that seven Jordanian corporations are cutting ties with G4S on the basis of its involvement in the imprisonment of Palestinians and police training projects in coordination with the Israeli occupation. The Jordan BDS campaign has been extensively involved in building a movement against the use of G4S both by private institutions as well as public entities like United Nations bodies.

The seven public and private companies that ended their contracts with G4S following the BDS campaign are:

They noted also that multiple other institutions in Jordan have previously ended contracts with or refrained from working with G4S, including Aramex, Landmark Hotel, City Mall, Mecca Mall and Taj Mall.

Jordan BDS called on other institutions in the country to join the rejection of G4S for its role in violating Palestinian rights. “We renew our appeal to these entities to adhere to universal ethical principles and cease dealings with G4S, given this security company’s deep complicity not only in Israel’s crimes against humanity but also in violations of the human rights of peoples and refugees around the world,” said the organization. They demanded that the two remaining UN agencies in Jordan to contract with G4S, UN Women and UNDP local and regional offices (UNDP MENA and UNDP Jordan) end their agreements immediately with the security corporation.

G4S has been actively involved in training Israeli police attacking Palestinian civilians; its subsidiary, AMAG Technology, also partners with FST Biometrics, the company involved in Israeli “security” measures it attempted to impose on Al-Aqsa Mosque. The Palestinian Boycott National Committee reported that G4S-logo cars had been spotted involved in the placement of electronic gates and metal detectors at the mosque.

In addition, G4S owns 50 percent of Policity, the corporation operating the Israeli National Police Academy, fully implicating G4S in the massive ongoing violations of Palestinian rights, particularly in Jerusalem and occupied Palestine ’48, where Israeli police are involved in daily arrest raids, beatings, arrests and abuse of children, detention of human rights defenders, closure of human rights institutions and the military enforcement of occupation on the Palestinian population.

This remains the case even after G4S sold off most of its business in occupied Palestine to FIMI, a private equity firm. G4S previously provided security services and equipment to the Israel Prison Services, Israeli checkpoints and illegal settlements. Despite the sale, however, G4S has remained deeply complicit in profiteering from Israeli occupation – and the international campaign has continued to grow. G4S is also implicated in the abuse of immigration detainees in both the US and UK, oppression of indigenous communities in Australia and defense of the “tar sands” tearing through indigenous land in Canada, the exploitation of prison labor, imprisonment of youth and in particular youth of color in the United States and suppression of workers’ struggles in South Africa, India and elsewhere.

Palestinian prisoners’ message to Samah Idriss: You are our comrade on the road to freedom