A number of actions and events at two festivals held over the past weekend, ManiFiesta in Belgium and Fete de l’Humanite in France, highlighted the cases of Palestinian prisoners struggling for freedom, especially the cases of Salah Hamouri, French-Palestinian lawyer, and Georges Ibrahim Abdallah, imprisoned Lebanese struggler for Palestine held in French jails for the past 33 years.

At ManiFiesta, organized annually in Ostende, Belgium, Samidoun Palestinian Prisoner Solidarity Network had a table and tent on 16-17 September with information and posters about Palestinian political prisoners. The stand for Samidoun was located close to those for other Palestine organizations, including the Boycott Israel tent organized by Plate-Forme Charleroi-Palestine and the presence of Palestinian community organizations like Raj’een Dabkeh Troupe.

On Sunday, 17 September, as Salah Hamouri’s administrative detention order was being confirmed by an Israeli court in Jerusalem, Samidoun came together with Plate-Forme Charleroi-Palestine and many other organizations at ManiFiesta, including ABP, Comac, Intal, M3M, Palestina Solidariteit, PJPO and UJPB to stand together to demand the release of Palestinian political prisoners. Participants focused on the cases of Hamouri, Palestinian parliamentarian Khalida Jarrar, women’s organization leader Khitam Saafin and national leaders Ahmad Sa’adat and Marwan Barghouthi, along with the struggle to free Georges Ibrahim Abdallah from French prisons.

At Fete de l’Humanite, the names of Salah Hamouri and Georges Ibrahim Abdallah were prominent throughout the festival. On Sunday, 17 September, Elsa Lefort, the wife of Hamouri and the spokesperson of his support committee – herself banned from Palestine for 10 years by the Israeli occupation – spoke at the large main stage to the festival about Salah Hamouri’s case. She was joined on stage by a group of people wearing shirts calling for “Liberte pour Salah Hamouri” (“Freedom for Salah Hamouri”) and also holding signs demanding freedom for fellow prisoners, like Georges Ibrahim Abdallah.

Lefort participated in many activities and events at the festival, including a panel on joint struggle featuring Assa Traore, the sister of Adama Traore, killed by French police, and Bagui Traore, imprisoned following the protests that erupted following the murder of Adama. 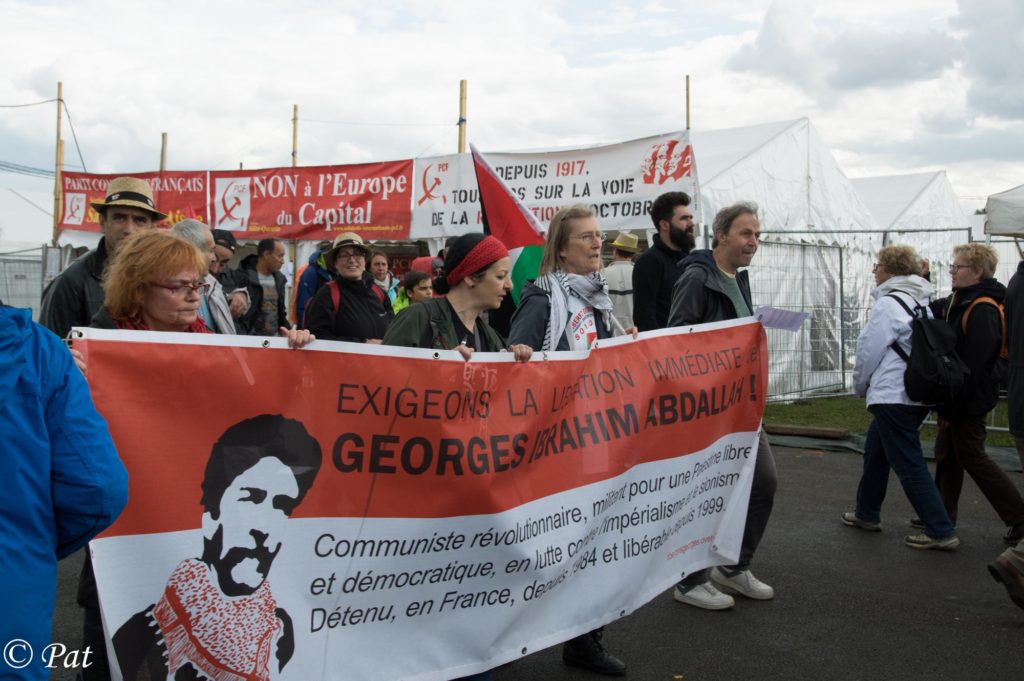 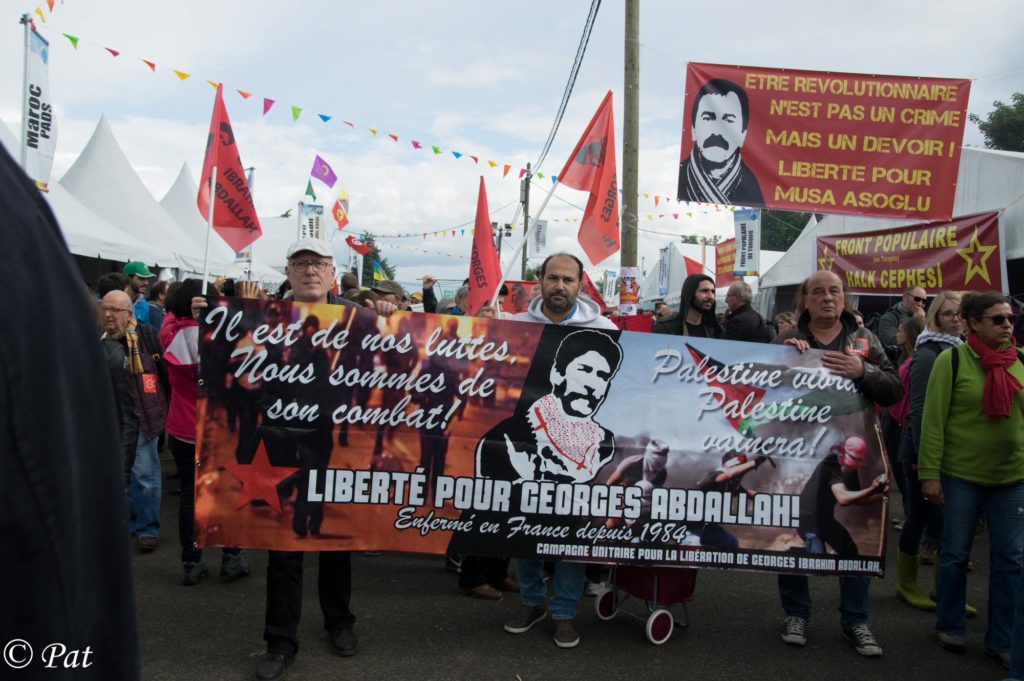 Participants in the march included OCML-VP, the Committee for the freedom of Georges Abdallah, the Moroccan collective to support political prisoners, Le Cri Rouge, Liberez-les (Lille), EuroPalestine, SRA, AFPS-Paris13, NPA and many others.

Samidoun salutes the life and struggle of Richard Reilly, comrade of the Palestinian revolution