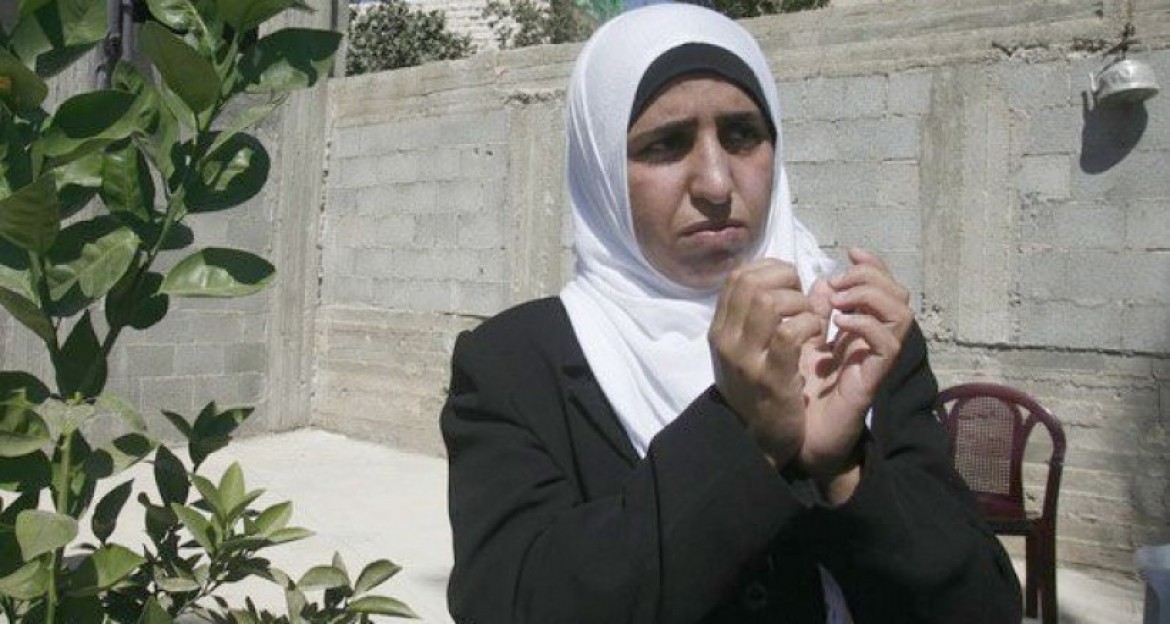 Israeli occupation military courts issued 30 additional orders for administrative detention – the imprisonment of Palestinians without charge or trial – between 16 August and 30 August. This brings the total number of orders issued in the month to 134.

Her story is featured in “For the Love of Palestine: Stories of Women, Imprisonment and Resistance,” created by members of the Prison, Labor and Academic Delegation to Palestine. Dababseh had been released on 10 July 2016 after 21 months in Israeli prison before being re-arrested in February 2017. She had been imprisoned since 13 October 2014 on charges of membership in a prohibited organization, in her case the Palestinian Islamic Jihad movement.

Also ordered to renewed administrative detention was Palestinian professor Essam al-Ashqar, 57. A lecturer in physics at An-Najah University, al-Ashqar suffers from a difficult medical situation, including high blood pressure and heart disease.  He has been held in the Ramle prison clinic repeatedly and is at serious risk of a stroke.

The list of Palestinians ordered to administrative detention, reported by the Palestinian Prisoners Society, is as follows: