Home News 58 Palestinian women in Israeli prisons; one family’s yearning for their mother 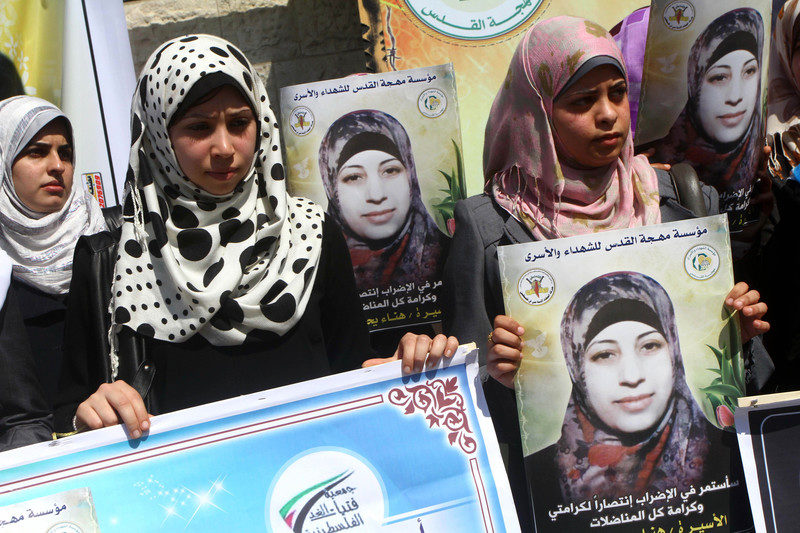 As Khadija Rabie, 30, was seized by occupation forces in an overnight raid on her home in Yatta on Tuesday morning, 10 October, Palestinian lawyers Hanan Khatib and Wahba Masalha reported that there are currently 58 Palestinian women political prisoners imprisoned by Israel, including 10 minor girls. The lawyers reported following their visits to HaSharon and Damon prisons, where women prisoners are held.

Rabie was one of seven Palestinians seized by occupation forces in pre-dawn raids throughout the occupied West Bank of Palestine.

The two lawyers reported that Palestinian women prisoners are located next to Israeli “criminal” prisoners’ sections, from whom they receive harassment as well as frequent disturbances at night. This is particularly troubling to a number of ill prisoners, who do not receive appropriate treatment and hospitalization or diagnosis is frequently delayed. For women prisoners who receive medication, their medication will frequently end at the end of the month and there will be a delay before the medication is refilled or sometimes replaced with a different drug.

In addition, prisoners living with mental illness, frequently as a result of trauma, often do not receive treatment at all, and if they do, they are given only sedatives.

Palestinian women prisoners also raised once more the torturous experience of the “Bosta,” the van in which prisoners are transported to military courts or other prisons. The ride has frequent stops and prisoners are forced to board and deboard repeatedly and ride on hard metal benches, often shackled. Prisoners often do not receive food during the transit periods and transportation takes excessively long periods of time due to frequent and lengthy stops. They also noted that they are subject to provocations and harassment by the Nachshon forces responsible for prisoner transfers.

Women prisoners going to the military court are often subjected to a two- day journey with an overnight stay at the Jalameh interrogation center, notorious for insect infestations and filthy conditions of life.

The women prisoners also emphasized their experiences under interrogation. Ibtisam Mousa, a prisoner from Gaza, said that she was held for 27 days in the Ashkelon interrogation center, interrogated for many hours at a time and shackled to a chair as interrogators screamed curses at her, threatened to shell her family’s home in Gaza and hurt her children and husband. She noted further that conditions in the interrogation center were filthy, with little toilet facilities and dirty bedding, part of a comprehensive attempt to wear down and break the will of prisoners facing interrogation. 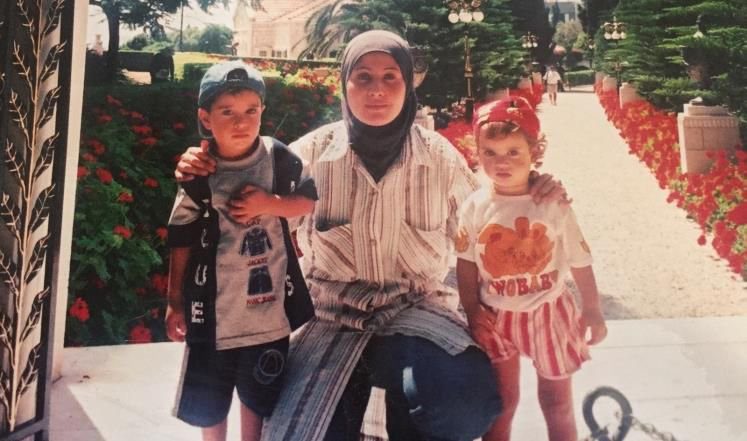 The Asra Media Center reported on the experience of the four children of Sabah Faraoun, 36, a seamstress from Jerusalem, who is one of four Palestinian women currently held without charge or trial under administrative detention. Her four children are Abdel-Razak, 16, Alaa, 14, Tala, 7, and Leen, 6. Their mother has been held without charge or trial since 19 June 2016.

Her husband, Issa Faraoun, noted that when ocupation forces surrounded and stormed their home after midnight, they immediately began questioning Sabah about her brother, Omar al-Shurbaji, a freed prisoner displaced to Gaza upon his release. He noted that the scene was very difficult for the children as occupation forces “armed as if prepared to fight a fierce battle” invaded the family home in the middle of the night.

He said that Leen repeatedly goes to the front door of the family home, looking for her mother and asking when she will return. The children refused to celebrate on Eid, thinking only of their mother and when she would return. He noted that “the visits are difficult for all of us, especially for the children who see their mother behind plate glass and strain to hear her voice over the visitation phone.”

He also noted that she suffers from joint disease that is exacerbated by the use of the “bosta” for transportation and receives little to no treatment and is suffering physically as well as from the separation from her family. He noted that he tries to support the children and alleviate their psychological pain, but that “their mother is still missing and no one can fill that hole.”