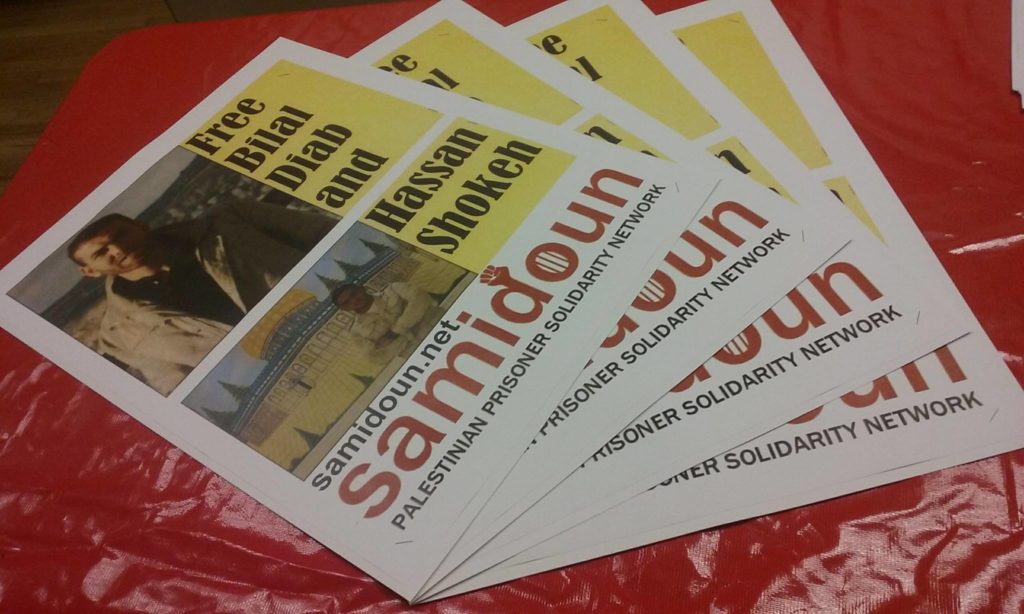 Both Shokeh and Diab are held in solitary confinement, where they were transferred after launching their hunger strikes. Shokeh has spent 12 years in Israeli jails, eight of those in administrative detention over various arrests. He was released on 28 August and then seized once more by occupation forces on 31 August and promptly returned to administrative detention – imprisonment without charge or trial.

Shokeh is suffering from a headache, dry eyes, weakness and other symptoms following his strike. He is held in isolation in Ofer prison.

Diab is a former long-term hunger striker who fought a 78-day hunger strike alongside fellow administrative detainee Thaer Halahleh in 2012 for their freedom. He was seized again by occupation forces on 14 July and ordered to administrative detention, imprisonment without charge or trial. Held in solitary confinement in Ashkelon prison, his appeal against his administrative detention was rejected by an Israeli higher court on 17 October. His case will come before the Supreme Court on 30 November.  He had been held in the Negev desert prison but was transferred to isolation in Ashkelon prison on Tuesday, 24 October, imposing the grueling prison transfer process upon him as a means of pressure.

Palestinian lawyer Karim Ajwa said that Diab has had all but the one set of clothing which he is wearing confiscated from him and is held in a narrow cell with dirt, insects and only one blanket. Ajwa said that Diab refused even water for two days in protest of his conditions of isolation and that he is refusing medical examinations in the prison clinic, noting that Diab is suffering from exhaustion, headache, fever, dry throat and abdominal pain.

Samidoun in New York will hold a protest on Monday, 30 October, to support Diab and Shokeh’s hunger strike and demand their release. They will also urge the boycott of HP, the global corporation with contracts with the Israel Prison Service and other military and security contracts with Israeli occupation forces and settlements. The protest will take place at 5:30 pm outside the Best Buy in Union Square in Manhattan, at 52 E. 14th Street.