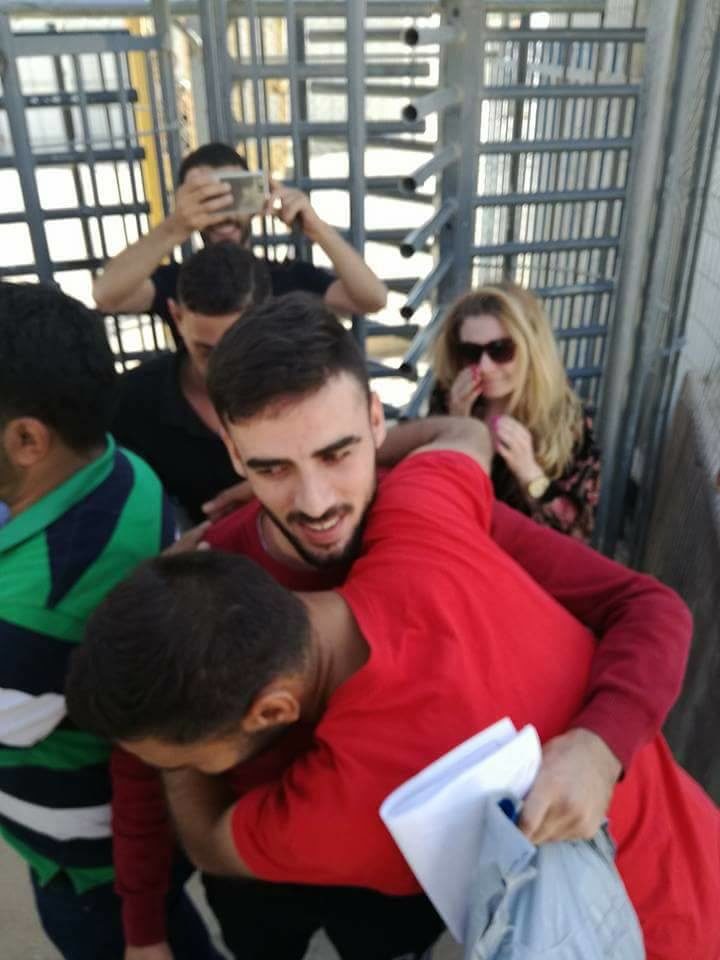 Kifah Quzmar, 23, Palestinian student and activist, was released on Wednesday, 4 October after seven months of imprisonment without charge or trial under administrative detention. Quzmar was received by comrades, family and friends upon the moment of release, who welcomed him joyously.

Quzmzr is an active student at Bir Zeit University in the last year of study for his degree in business administration. He was seized by Israeli occupation forces on 7 March 2017 as he returned from Jordan via the Karameh/Allenby crossing and subject to interrogation for 20 days and denied access to his lawyer, sparking his 4-day hunger strike. 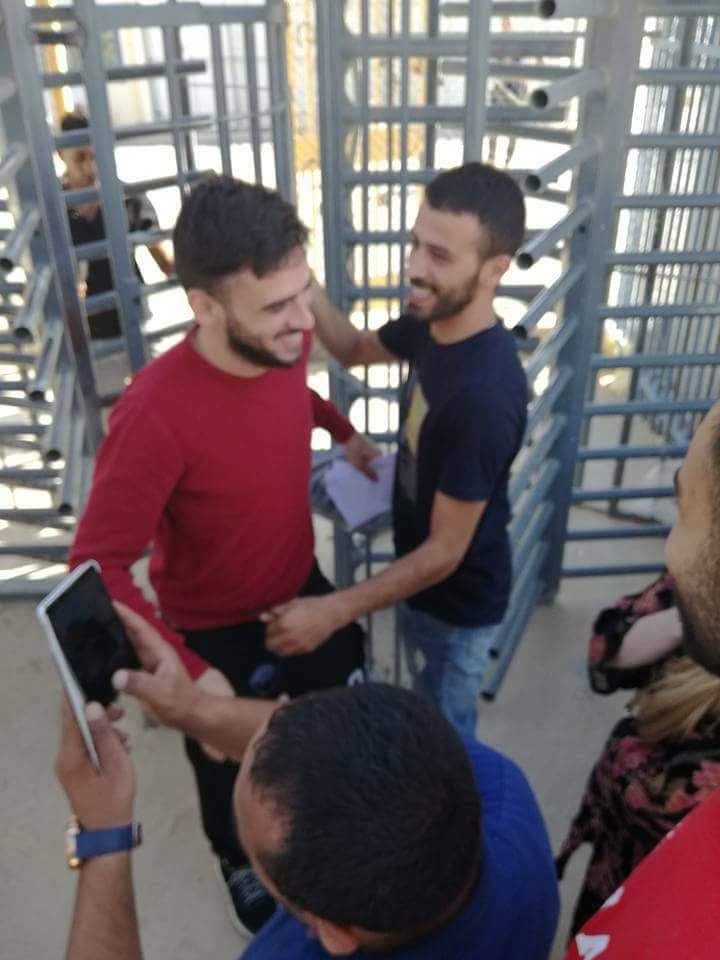 Over 70 international organizations signed on to a collective statement initiated by student groups in Belgium, the Netherlands, Canada, the United States and Palestine demanding Quzmar’s immediate release. The statement highlights the ongoing targeting of Palestinian students for arrest and persecution, especially for involvement in student activities, including annual student council elections. It also urges the academic boycott of Israel, particularly in response to the ongoing denial of Palestinians’ right to education.

Samidoun Palestinian Prisoner Solidarity Network salutes Kifah Quzmar upon his release from Israeli prisons and urges the immediate end to the policy of administrative detention, the freedom of all student prisoners in Israeli jails and the release of all 6,200 Palestinians held in the prisons of the occupation. We thank all of the international organizations and student groups who joined in the campaign to free Kifah, wrote letters to him in prison and demanded his release.