Home Articles Winter cold and the abuse and torture of Palestinian prisoners by Shadi... 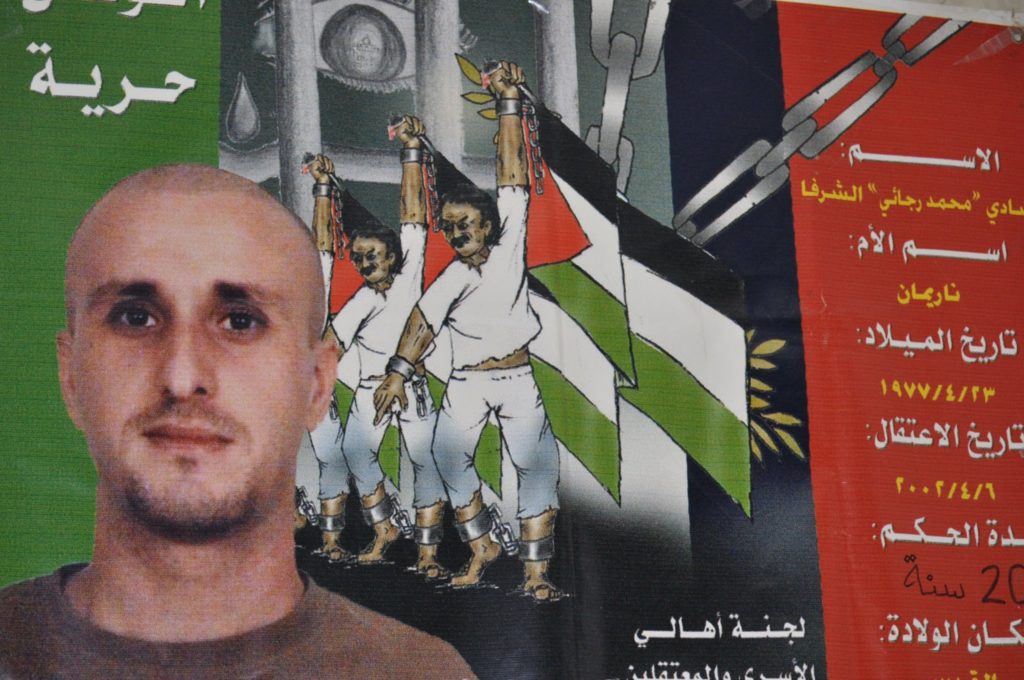 As winter dawns in Palestine, the cold becomes a renewed weapon of abuse and torture used against Palestinian prisoners, from denial of blankets and winter clothes to the manipulation of temperature during interrogation.

The following article was written by Shadi Shurafa, a Palestinian prisoner in Israeli prisons. From Jerusalem, he is a prominent leader of the national prisoners’ movement and a leader in the Popular Front for the Liberation of Palestine:

The winter comes to reward and revitalize the bounty of our land in general and its farmers in particular, but this blessing has been turned into a curse on the prisoners who are arrested during this time. The cold is one of the most notorious methods of torture and weapons of abuse used by the criminal Shin Bet against the Palestinian detainees.

Testimonies of over 90 percent of Palestinian prisoners have repeatedly affirmed that one of the most common and abusive methods of torture against them was the use as cold as a weapon of systematic abuse with the aim of forcing detainees to confessed.

I was reminder of this study conducted by the leadership of the prisoners of the PFLP and distributed to all prisons with the image of the martyred comrade Mustafa al-Akkawi of Jerusalem, who was martyred in February 1992 under torture, including being forced into the cold for hours on end.

The suffering of the cold is imposed through a series of carefully examined stages, making it clear that this is a serious and systematic method of torture with both physical and psychological aspects. We refer to these stages as follows:

1. The first stage: This begins with the transfer of detainees to various military camps and bases such as Huwarra in Nablus, Jalameh, or others. There they are left for long hours in the open, exposed under rain and in the cold. There have been many cases of assaults and humiliation by soldiers against prisoners in these camps.

2. The second phase: Next comes the second stage, where the prisoner enters the interrogation centers. He is forced to remove his clothes under the pretext of search or inspection and these are replaced by the “Shabas” clothes, a thin pair of trousers and a shirt that provide no warmth amid bone-chilling cold.

3. The third stage: During the interrogation, the prisoner is bound with his legs and hands behind a small wooden chair for long hours and often days on the same chair. Air conditioners are operated throughout this harsh period of interrogation, causing even more intense suffering.

4. The fourth stage: This stage is that of the interrogation cells. The exhausted prisoner returns from the continuous interrogation to their cell, wishing for a few short hours of rest and sleep before the interrogation begins again, but it is impossible to sleep because of the cold air and air conditioners inside these cells, even in winter. There are only light blankets, often dirty, damp and difficult to use.

These methods of torture are not new. The Shin Bet security services have always used inhumane methods of interrogation that violate international human rights and humanitarian law, but it is immoral for human right institutions to ignore or remain silent about this phenomenon, especially the International Committee of the Red Cross, which does not act to end this situation. They visit the prisoners in these prisons suffering from these tactics and yet we do not find them submitting complaints or protesting about this serious concern.

A large number of prisoners suffer from severe or chronic diseases such as rheumatism, joint pain, back pain, chronic stomach issues, hemorrhoids and kidney disease, all of which are related to or exacerbated by the use of cold as a means of torture used to force strugglers to provide confessions.

Despite these harsh methods, the level of steadfastness in the interrogations has begun to rise, as our people have developed a culture of awareness about interrogation and ways to confront it. Therefore, it comes as no surprise that the Zionist security forces are intensifying the use of administrative detention in response to this honorable steadfastness.