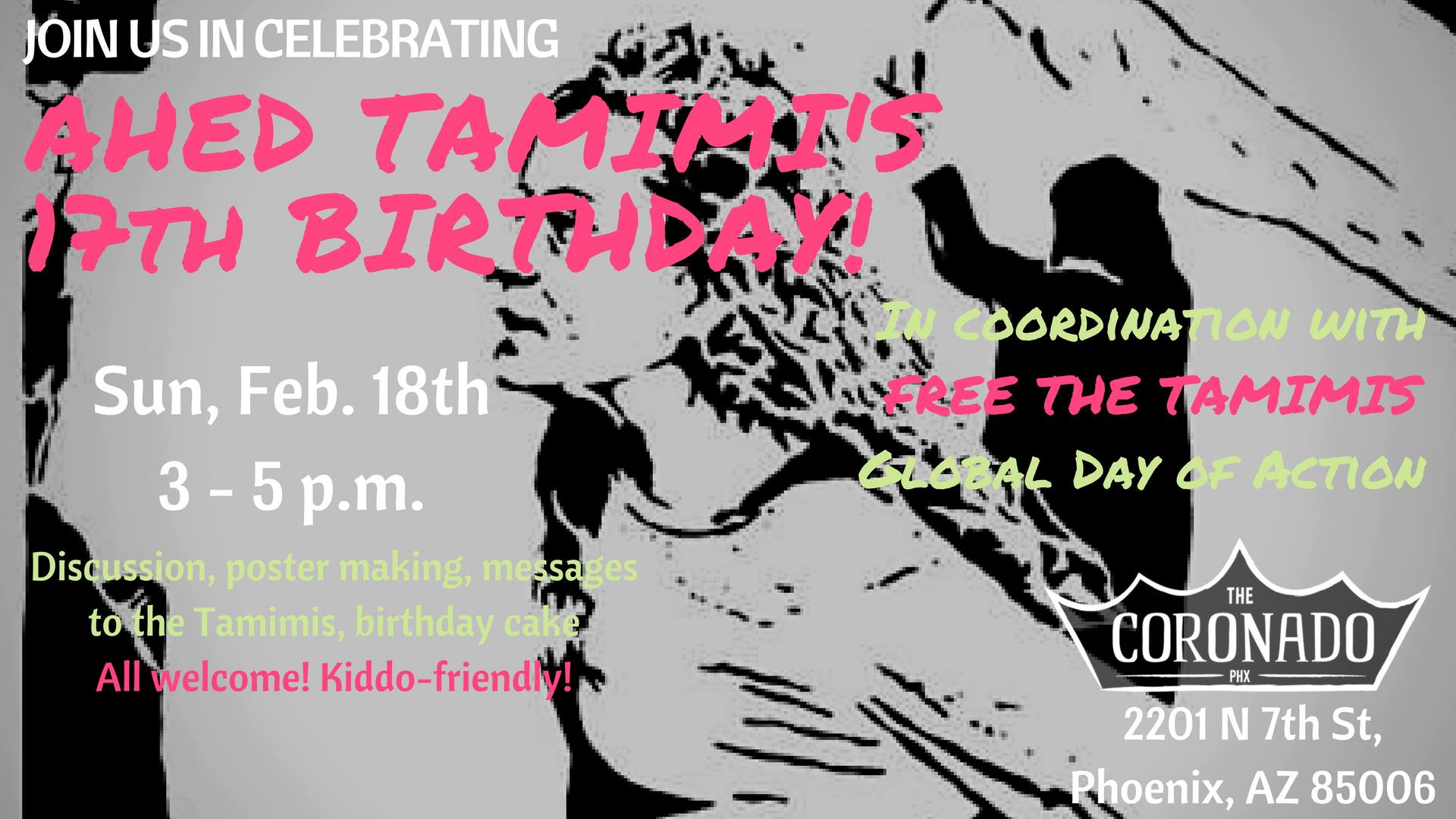 February 18, 2018: Global Day of Action to Free the Tamimis
#FreetheTamimis

Rather than holding a vigil or demonstration, we choose to celebrate the bravery and resilience of the Tamimi family and Ahed in a different way. We’ll be enjoying a belated 17th birthday party for Ahed (who remains in military detention indefinitely) with our friends at The Coronado Phx. All are welcome to partake in the activities, information, discussion, and cake.

Background Info:
December 15, 2017: Israeli soldiers shot Mohammed Tamimi in the face, shattering his skull. Shortly after, Ahed Tamimi, cousin of Mohammed, resisted and slapped an Israeli soldier who was trying to forcibly enter her home.

December 19, 2017: After the video circulated through social media, Israeli forces raided the Tamimi house and arrested Ahed and her mother, Nariman. The house was searched and recording materials were seized.

January 30, 2018: Ahed Tamimi turned 17 years old in an Israeli military detention center, where she remains in detention to this day.