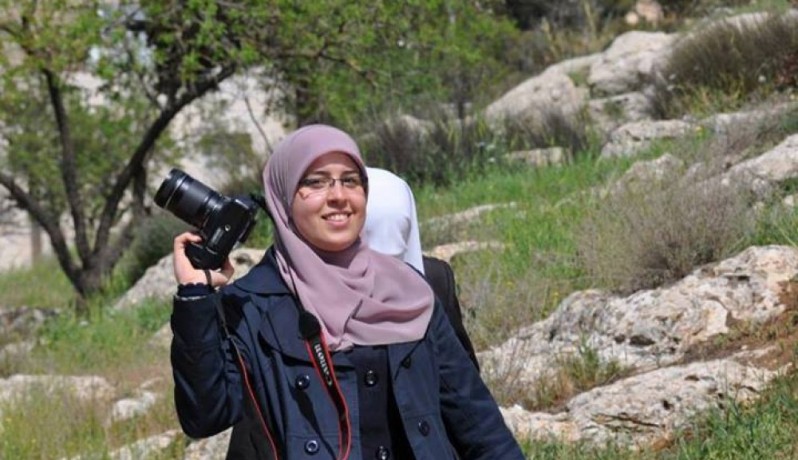 An Israeli occupation military court issued a renewed four-month administrative detention order against Palestinian journalist and prisoners’ rights advocate Bushra al-Tawil on 12 February 2017. Al-Tawil, 26, from el-Bireh, has been jailed by the Israeli occupation without charge or trial since 1 November 2017. Originally ordered to six months in administrative detention, her detention was reduced on appeal to four months; now, an addiitonal four-month order has been imposed upon her.

Al-Tawil has been detained on several occasions in the past; she is an active defender of Palestinian rights and works with Aneen al-Qaid, an organization that defends Palestinian prisoners. The new order was issued as a “final” order, which ostensibly means it will not be renewed. Administrative detention orders are usually indefinitely renewable, and Palestinians can spend years at a time in jail with no charge or trial under repeatedly renewed orders.